Internet rating sites are just as important as recommendations from friends & family in choosing a doctor, but other factors matter more.

Find a restaurant. Book a hotel. Choose a product to buy. Online ratings and reviews from other customers can help with making decisions on all of these, and their use has exploded in the past decade.

But online ratings of physicians? A new poll suggests they don’t yet hold as much sway with the Americans who use the most health care: people over age 50.

In all, 43% of people between the age of 50 and 80 said they had ever looked up a doctor online to see how others rated him or her, or what was said in their reviews.

One-third of them had done so at least once in the past year, according to new results from the National Poll on Healthy Aging. And two-thirds of them had chosen a doctor due to good online ratings and reviews.

When it comes to choosing a physician, online reviews matter about as much as what an older person hears from family and friends through word of mouth – but only one in five poll respondents called either source of information “very important.”

The poll, carried out by the University of Michigan Institute for Healthcare Policy and Innovation with support from AARP and Michigan Medicine, U-M’s academic medical center, involved a national sample of more than 2,200 adults aged 50 to 80. They answered questions about many aspects of online physician ratings. Read the full poll report.

“People of all ages are turning to the web to find information, so it is not surprising that older Americans are looking up physician ratings online,” says David Hanauer, M.D., M.S., an associate professor at the University of Michigan, IHPI member and specialist in clinical informatics who worked on the poll. “But it is a bit of a surprise that these online ratings now carry as much weight as recommendations from family and friends.”

What mattered more to older Americans than the number of stars a doctor received online? According to the poll, 61% of all those polled said the wait time for an appointment was very important, and about 40% said that about recommendations from other doctors or the physician’s level of experience.

Meanwhile, only 7% of those polled said they had actually posted a review or rating of a doctor online -- even though older adults are much more likely than most younger people to see more than one physician, or to see physicians and other providers multiple times in a year.

“Finding a new doctor can be stressful. Online rating might be one of many sources of information that can help older adults navigate this process,” says Preeti Malani, M.D., director of the poll and a professor of internal medicine at U-M.

No matter what, the new poll results suggest that the stereotype of older adults as not Internet-savvy is outdated.

“This survey makes it clear that although online physician reviews and ratings are important to older consumers, they are savvy about information gathered on the internet and have a healthy dose of skepticism around them, too,” says Alison Bryant, Ph.D., senior vice president of research for AARP.

Among those who did look at reviews, 69% said they wouldn’t select a doctor who had mostly negative reviews. Meanwhile, 71% said that a few bad reviews among a large number of positive reviews wouldn’t keep them from choosing a physician.

Just over half of those polled said they thought physicians influence their ratings to make themselves look good. And in fact, 17% of those who posted a review said they did so because the staff at their doctor’s office encouraged them to.

Most older adults don’t appear to be using a longstanding source of information: state medical boards.

Hanauer, who has faculty positions in the Department of Pediatrics at the U-M Medical School and at the U-M School of Information, is the Program Director for Clinical Informatics at the Michigan Institute for Clinical & Health Research. He is a member of IHPI and of U-M’s Susan B. Meister Child Health Evaluation and Research (CHEAR) Center. The CHEAR Center runs the National Poll on Children's Health, which in 2016 surveyed parents of children ages 0 to 17 about physician ratings; read that report here.

The National Poll on Healthy Aging results are based on responses from a nationally representative sample of 2,256 adults aged 50 to 80 who answered a wide range of questions online. Questions were written, and data interpreted and compiled, by the IHPI team. Laptops and Internet access were provided to poll respondents who did not already have them. 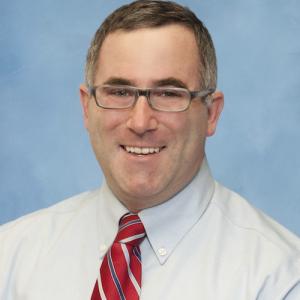