The Institute for Healthcare Policy and Innovation (IHPI) is committed to improving the quality, safety, equity, and affordability of health care services.

IHPI is the nation’s largest university-based group of health services researchers, working together across diverse disciplines to study complex and timely health challenges that refuse simple definition or confinement within a single field of study. IHPI unites 650+ faculty across 15 U-M schools and colleges on the Ann Arbor campus, and several units on the Flint and Dearborn campuses, combining broad expertise to respond to vital questions within healthcare policy and practice.

The Institute’s mission is to enhance the health and well-being of local, national, and global populations through innovative, interdisciplinary health services research. IHPI strives to optimize the quality, safety, equity, and affordability of healthcare services by fostering collaboration across disciplines, producing evidence, and informing policy and practice to make a positive impact. 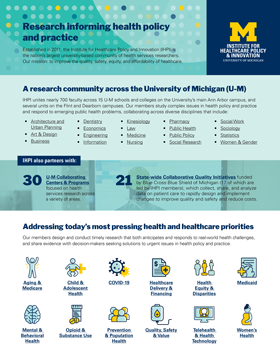 To carry out our mission, our efforts are focused in four areas:

IHPI’s goals and priorities and its future as an institute are founded upon the substantial accomplishments in health services research and health policy that have distinguished the University of Michigan’s history over the last two centuries.

Long before the term "health services research," came into prominence in the late 1960s and early 1970s, U-M was making landmark contributions in healthcare research, education and training, policy, and practice that have had a profound impact on how healthcare is organized, managed, financed, and delivered. Likewise, the majority of U-M’s most significant achievements in advancing this field predate — and profoundly influence — the work of our institute.

In May 2011, the U-M Board of Regents approved the creation of IHPI, recognizing the tremendous potential behind assembling the long-standing health services research and health policy expertise across U-M’s highly-ranked schools and colleges, departments, and centers together into one institute.

Learn more about IHPI's history and the long tradition it builds upon through our interactive timeline of important milestones in health services research and policy compiled from across the university and IHPI’s local partners going back to U-M's founding in 1817. 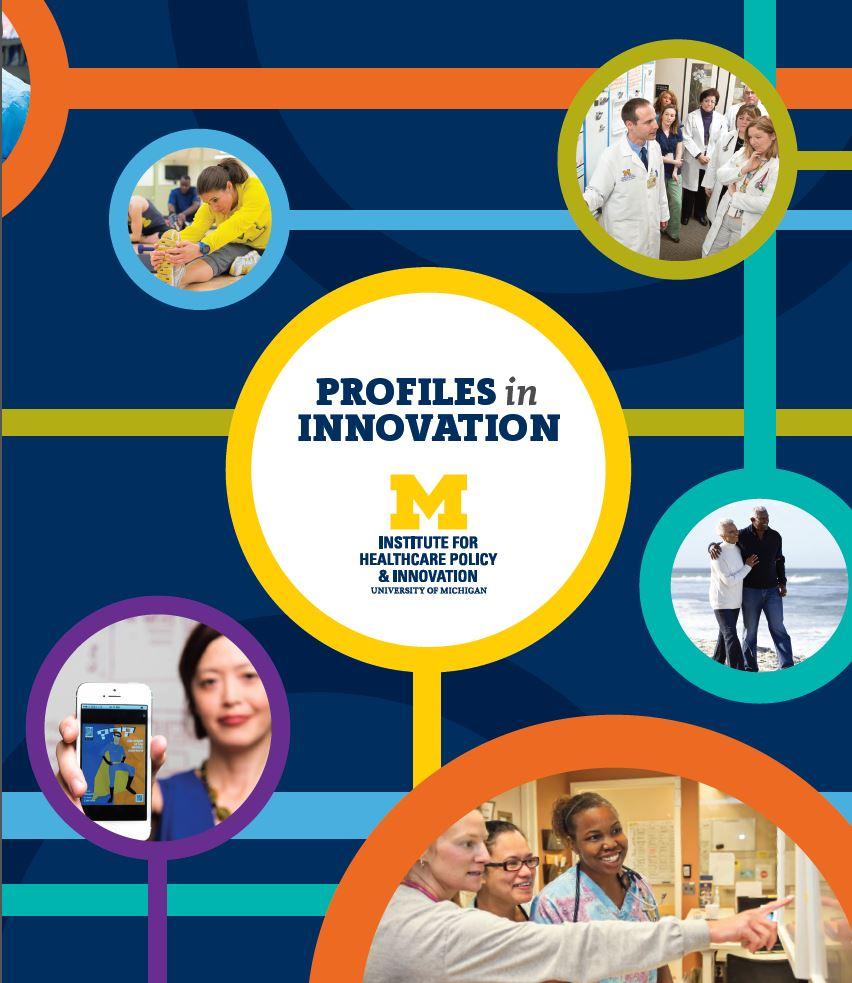 Our work at the Institute for Healthcare Policy and Innovation (IHPI) addresses the most pressing questions facing healthcare today.

By  developing, sharing, and implementing essential evidence and critical insights, we are innovating and shaping healthcare policy and practice. Read more about how our members are working to address the most pressing challenges in healthcare in our news magazine, Profiles in Innovation.

The University of Michigan Institute for Healthcare Policy and Innovation is a place where intellectual energy and passion for improving public health converge. It’s a vibrant home for health services researchers from multiple disciplines to collaborate and tackle some of the toughest issues in health and healthcare.

©2023 The Regents of the University of Michigan | Disclaimer | Privacy Statement