Medicaid expansion does not discourage job-seeking among the unemployed

In fact, the study found that not only did the expansion increase insurance coverage, unemployed workers were less likely to drop out of the labor force in states that expanded Medicaid—that is, they were more likely to keep looking for work—than in states that did not accept the expansion.

U-M economist Helen Levy and co-authors Thomas Buchmueller of the U-M Ross School of Business and Robert Valletta of the Federal Reserve Bank of San Francisco compared those who were unemployed in states that did accept Medicaid expansion under the Affordable Care Act to those in states that did not accept the Medicaid expansion. Before the Affordable Care Act, trends in health insurance, health care access and unemployment exits were similar between the two groups of states. 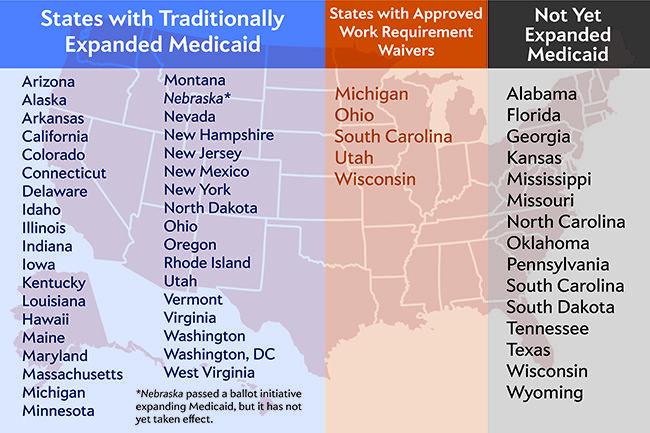 Levy and colleagues also studied whether Medicaid expansion would encourage people to drop out of the labor force.

“What we document in our analysis is that unemployed people are not less likely to find a job because of Medicaid expansion. There was no job-discouraging effect,” said Levy, a research professor at U-M’s Institute for Social Research. “In fact, we found a slight reduction for some subgroups of unemployed people in the rate at which they give up looking for a job and exit the labor force entirely.”

As far as why this benefit didn’t make people less likely to work, Levy observed that unemployed households likely have other pressing material needs that aren’t met by having Medicaid—needs like paying rent and buying food—so they need to keep looking for work.

Medicaid expansion also improved access to care among the unemployed, reducing the likelihood that they said they had gone without needed care in the past 12 months.

In an earlier study, Levy found Medicaid expansion also means an economic benefit to the state of Michigan, a finding that may translate to other expansion states. That study, conducted with John Ayanian, lead author and director of the U-M Institute for Healthcare Policy and Innovation, and U-M economists Gabriel Ehrlich and Donald Grimes, found that Michigan’s expansion generated 30,000 new jobs every year, which yielded about $2.3 billion more in personal spending power each year for Michigan residents.

For the current study, the researchers used data from the American Community Survey, Behavioral Risk Factor Surveillance Survey and Current Population Survey. Their study was released as a working paper through the National Bureau of Economic Research.

Levy holds appointments as research professor at the Survey Research Center of the Institute for Social Research, the School of Public Health and the Gerald R. Ford School of Public Policy. Both Levy and Buchmueller are members of the U-M Institute for Healthcare Policy and Innovation. The current study was not part of the official evaluation of Michigan’s Medicaid expansion program that is being conducted by an IHPI team, of which Levy and Buchmueller are part.