The heavier the person, the lower the chance of getting hospice care or dying at home, study finds

ANN ARBOR, MI – The heavier someone is, the less likely they are to have what many people might call a “good death”, with hospice care and a chance to die at home, a new study finds. And that difference comes with a financial, as well as a personal, cost, the research shows.

A new study done at the University of Michigan Institute for Healthcare Policy and Innovation and published in the Annals of Internal Medicine draws this conclusion from an in-depth analysis of records from more than 5,600 senior citizens taking part in a long-term health study.

The researchers looked at how the seniors’ body mass index or BMI – a measure of obesity -- related to end-of-life measures such as their use of hospice services, which provide supportive care to people in their final months of life.

The higher someone’s BMI, the less likely they were to enter hospice at all, the researchers found. And for those seniors who did use hospice services at the end of their lives, people with obesity spent fewer days in hospice than those with lower BMIs.

About 60 percent of the seniors in the study died at home – an experience that most Americans say they would choose for their own deaths. But that percentage dropped as BMI rose.

The one thing that was higher among people with higher BMIs was the cost to the Medicare system for the care they received in their last six months of life.

“Obesity is a complex disease, and this study has shown another side of its effect on patients and the healthcare system. Patients with obesity are less likely to receive high quality end-of-life care,” says John Harris, M.D., M.Sc., who led the study during a fellowship at U-M and is now an assistant professor at the University of Pittsburgh School of Medicine.

Although the study didn’t look at the reasons why people with obesity received less hospice care, senior author Jennifer Griggs, M.D., M.P.H., a professor at the U-M Medical School, suspects that several factors may be involved.

“For hospice teams, as for hospital and home-health teams, it can require more staff to take care of people who are obese, but Medicare hospice reimbursement is capped no matter what a person’s BMI,” she says. “Also, obesity may mask the signposts and changes that physicians might use to determine when it is time for a person to enter hospice.”

Griggs, who treats patients with cancer at the U-M Comprehensive Cancer Center, notes that even in overweight and obese people, it’s possible to see the signs of cachexia, or the natural “wasting away” that occurs toward the end of life.

This can include more pronounced cheekbones, collarbones and pelvic bones – but physicians may not notice the gradual changes that occur over time in a heavier person. A major change in body weight is also more noticeable on a leaner person. “To refer a patient for hospice, you have to believe that they are in the dying process,” she notes.

Harris and Griggs also note that previous studies have shown a general bias against people with obesity among healthcare professionals, especially physicians. They suspect, but cannot show with the new data, that this may also play a role in the end-of-life care decisions. Griggs also notes that obesity, and the role of obesity as a barrier to optimal care, isn’t even mentioned in Dying in America, a landmark 2014 Institute of Medicine report.

The new results, Harris says, suggest that more policy attention should be focused on people with more severe levels of obesity. “These patients’ voices, and those of their caregivers, need to be heard,” he says. “They may need extra help. They deserve the best healthcare and better health outcomes.”

The team compiled their results using data from in-depth surveys and Medicare records from 5,677 people enrolled in the long-running, nationally representative Health and Retirement Study. All of the participants whose records they studied died between 1998 and 2012 and were not living long-term in a nursing home.

The researchers focused on Medicare claims in the last six months of the participants’ lives, looking at use of hospice services and controlling for gender, race, marital status, multiple medical conditions, and household assets. They also had information from surveys of the participants’ loved ones about their end-of-life care. And, they had all participants’ last measured BMI, which is weight in kilograms divided by height in meters squared.

Even among those of any weight who did use hospice services, the number of days spent in hospice was lower among those whose BMIs were higher. The difference stemmed from a stark difference in use of home hospice by heavier people.

Nearly 60 percent of the participants died at home – but people with high BMIs were less likely to.

In all, Harris says, the findings point to a larger issue that will become more urgent as the increasingly overweight American population ages. “Many policies focus on preventing or reducing obesity in the US, but we will also need policies to encourage the provision of high-quality care for people with obesity,” he says. “More attention should be paid to payment structures that recognize the challenges involved with healthcare for men and women with obesity.”

Griggs is leading another research effort – based on a partnership with the state of Michigan and Hospice of Michigan – to look at more aspects of hospice care, including race and caregiver factors.

The study was funded by the Robert Wood Johnson Foundation, U.S. Department of Veterans Affairs, and National Institutes of Health; the HRS is funded by the National Institute on Aging. Harris is an assistant professor of obstetrics, gynecology and reproductive sciences at Pitt who participated in the Robert Wood Johnson Clinical Scholars Program at U-M. Griggs is a professor of hematology/oncology in the U-M Medical School who also holds a joint appointment at the U-M School of Public Health. Other authors include current and former IHPI members Elena Byhoff, M.D., M.Sc., Chithra Perumalswami, M.D., M.Sc., and Kenneth Langa, M.D., Ph.D. Alexi Wright, M.D, M.P.H., of the Dana Farber Cancer Institute, is a co-author. 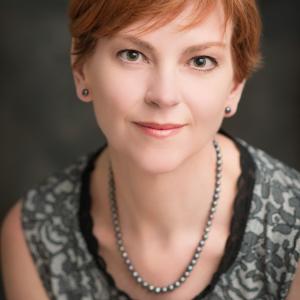