Why poverty is not a personal choice, but a reflection of society A homeless camp in Los Angeles, where homelessness has risen 23 percent in the past year, in May 2017.

As the Senate prepares to modify its version of the health care bill, now is a good time to back up and examine why we as a nation are so divided about providing health care, especially to the poor.

I believe one reason the United States is cutting spending on health insurance and safety nets that protect poor and marginalized people is because of American culture, which overemphasizes individual responsibility. Our culture does this to the point that it ignores the effect of root causes shaped by society and beyond the control of the individual. How laypeople define and attribute poverty may not be that much different from the way U.S. policymakers in the Senate see poverty.

As someone who studies poverty solutions and social and health inequalities, I am convinced by the academic literature that the biggest reason for poverty is how a society is structured. Without structural changes, it may be very difficult if not impossible to eliminate disparities and poverty.

About 13.5 percent of Americans are living in poverty. Many of these people do not have insurance, and efforts to help them gain insurance, be it through Medicaid or private insurance, have been stymied. Medicaid provides insurance for the disabled, people in nursing homes and the poor.

Four states recently asked the Centers for Medicare and Medicaid Services for permission to require Medicaid recipients in their states who are not disabled or elderly to work.

This request is reflective of the fact that many Americans believe that poverty is, by and large, the result of laziness, immorality and irresponsibility.

In fact, poverty and other social miseries are in large part due to social structure, which is how society functions at a macro level. Some societal issues, such as racism, sexism and segregation, constantly cause disparities in education, employment and income for marginalized groups. The majority group naturally has a head start, relative to groups that deal with a wide range of societal barriers on a daily basis. This is what I mean by structural causes of poverty and inequality.

Poverty: Not just a state of mind

We have all heard that the poor and minorities need only make better choices – work hard, stay in school, get married, do not have children before they can afford them. If they did all this, they wouldn’t be poor.

Just a few weeks ago, Housing Secretary Ben Carson called poverty “a state of mind.” At the same time, his budget to help low-income households could be cut by more than US$6 billion next year.

This is an example of a simplistic view toward the complex social phenomenon. It is minimizing the impact of a societal issue caused by structure – macro‐level labor market and societal conditions – on individuals’ behavior. Such claims also ignore a large body of sociological science. Americans value their independence, rather than interdependence, more than many cultures.
Dmytro Zinkevych/Shutterstock.com

Americans have one of the most independent cultures on Earth. A majority of Americans deﬁne people in terms of internal attributes such as choices, abilities, values, preferences, decisions and traits.

This is very different from interdependent cultures, such as eastern Asian countries where people are seen mainly in terms of their environment, context and relationships with others.

A direct consequence of independent mindsets and cognitive models is that one may ignore all the historical and environmental conditions, such as slavery, segregation and discrimination against women, that contribute to certain outcomes. When we ignore the historical context, it is easier to instead attribute an unfavorable outcome, such as poverty, to the person.

Many Americans view poverty as an individual phenomenon and say that it’s primarily their own fault that people are poor. The alternative view is that poverty is a structural phenomenon. From this viewpoint, people are in poverty because they find themselves in holes in the economic system that deliver them inadequate income.

The Panel Study of Income Dynamics (PSID), a 50-year longitudinal study of 18,000 Americans, has shown that around four in 10 adults experience an entire year of poverty from the ages of 25 to 60. The last Survey of Income and Program Participation (SIPP), a longitudinal survey conducted by the U.S. Census, had about one-third of Americans in episodic poverty at some point in a three-year period, but just 3.5 percent in episodic poverty for all three years.

Why calling the poor ‘lazy’ is victim blaming

If one believes that poverty is related to historical and environmental events and not just to an individual, we should be careful about blaming the poor for their fates.

Victim blaming occurs when the victim of a crime or any wrongful act is held entirely or partially responsible for the harm that befell them. It is a common psychological and societal phenomenon. Victimology has shown that humans have a tendency to perceive victims at least partially responsible. This is true even in rape cases, where there is a considerable tendency to blame victims and is true particularly if the victim and perpetrator know each other.

I believe all our lives could be improved if we considered the structural influences as root causes of social problems such as poverty and inequality. Perhaps then, we could more easily agree on solutions. 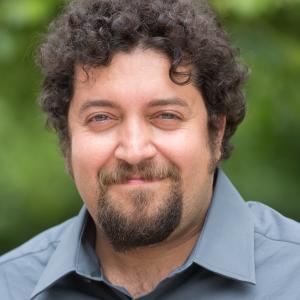 Shervin Assari, M.D., M.P.H.
Health disparities and mental health
Share This Page
Found in
The Conversation
©2021 The Regents of the University of Michigan | Disclaimer | Privacy Statement