One synthetic thyroid hormone, levothyroxine, lands itself on the United State’s list of top three prescribed medications in the country over the last decade. Simultaneously, despite all efforts to reduce its prevalence, heart disease remains the leading cause of death in Americans, affecting nearly half of the population aged 20 years and older.

However, studies evaluating the association between the intensity of thyroid hormone treatment and heart disease-related death are scarce, according to University of Michigan Health endocrinologist and U-M Institute for Healthcare Policy and Innovation member Maria Papaleontiou, M.D.

In a study published in JAMA Network Open, Papaleontiou sought to evaluate the relationship between thyroid hormone treatment intensity and cardiovascular mortality in a retrospective cohort study of more than 705,000 U.S. veterans who received thyroid hormone therapy between 2004 and 2017.

The work from Papaleontiou’s team follows an observation that up to half of patients who receive thyroid hormone therapy have exogenous hyperthyroidism or hypothyroidism, which is having thyrotropin levels inappropriately below or above the normal range, respectively. Could the amount of thyrotropin abnormality outside the normal range be associated with increased risk of cardiovascular death?

“We found that, after adjusting for age, sex, race/ethnicity, and traditional cardiovascular risk factors like hypertension, smoking and previous heart disease, this subset of patients did have an increased risk for cardiovascular mortality compared to those with euthyroidism, or normal thyroid function,” said Papaleontiou.

The findings suggest that the intensity of thyroid hormone treatment could be a modifiable risk factor for cardiovascular mortality, and that thyrotropin levels lower than 0.1 mIU/L and higher than 20 mIU/L are of particular concern for this outcome.

Notably, the study results found those in older age categories are a vulnerable population for these adverse health outcomes and should be targeted for interventions to avoid over-and under-treatment with thyroid hormone.

Patients with a history of thyroid cancer were excluded from the study because lower thyrotropin levels are often targeted in these patients to reduce the risk of cancer recurrence. Additionally, patients prescribed lithium or amiodarone were excluded because of the medications’ association with abnormal thyroid function results.

“These findings emphasize the importance of maintaining euthyroidism to decrease cardiovascular risk and death among patients receiving thyroid hormone treatment, which necessitates regular monitoring of thyroid function and correction of both over-treatment and under-treatment with thyroid hormones to reduce patient harm,” said Papaleontiou.

This work was supported by the National Institute on Aging of the National Institutes of Health under award K08 AG049684 and by a pilot grant co-funded by the Claude D. Pepper Older Americans Independence Center, the Michigan Institute for Clinical and Health Research, and the Michigan Biology of Cardiovascular Aging. The funding sources had no role in the design and conduct of the study; collection, management, analysis, and interpretation of the data; preparation, review, or approval of the manuscript; and decision to submit the manuscript for publication. 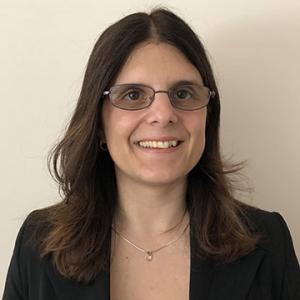 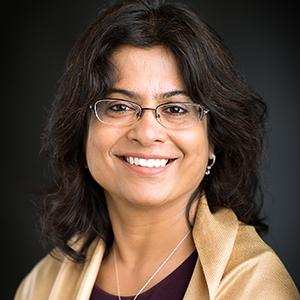 Mousumi Banerjee, Ph.D., M.S.
Biostatistical methods and applications in health services and outcomes research
Share This Page
Found in
©2022 The Regents of the University of Michigan | Disclaimer | Privacy Statement