Research reveals that one in four women among internal medicine residents experiences sexual harassment, but far fewer go on to report it

Sexual harassment is quite prevalent among residents and can oftentimes be traced back to patients and their families. But how often do medical trainees act when it comes to this type of mistreatment?

Elizabeth Viglianti, M.D., MPH, M.Sc., who serves as an assistant professor of internal medicine at the University of Michigan Medical School, wanted to find out. This notion inspired her to join a team of experts, including U-M peers, Andrea Oliverio, M.D., and Lisa Meeks, Ph.D., to conduct a multiple-choice survey which asked internal medicine residents if they had ever experienced sexual harassment.

“This survey study was conducted in partnership with the American College of Physicians,” said Viglianti. “Residents who participated in the 2021 Internal Medicine In-Training Examination between August and September of that same year, were eligible to participate in this computer-based series of questions.”

The survey questions revolved around whether residents experienced specific types of sexual harassment, as well as their knowledge around how to report it and to whom, and whether they were satisfied with the results of sharing this information. Their findings were recently published in JAMA Internal Medicine.

“Ultimately, we asked the internal medicine residents about the types of harassment they experienced, whether it be gender-based, unwanted sexual attention and/or sexual coercion,” said Viglianti. “We also asked questions about the reporting process – were they familiar with it, for example, did they know who to go to when they decided to report it and were they tapping into their residency leadership team when disclosing their experiences. We also assessed their levels of satisfaction with the outcomes after they reported this information.”

Viglianti notes that the findings were quite sobering.

“Unfortunately, we found that one in four women experienced sexual harassment, when compared to just one in 31 men,” she said. “We also found that the most common form of harassment was gender-based. Overwhelmingly, the majority of residents disclosed that they understood the process of reporting sexual harassment, yet few actually did it. And even fewer reported harassment to their residency leadership team.”

In addition, the team revealed that less than half of the residents who responded to the survey were “satisfied with the outcome” after reporting sexual harassment.

“The one positive takeaway from this research is that we now know that it isn’t knowledge gaps that are preventing residents from reporting sexual harassment,” said Viglianti. “Our findings show that medical trainees know how to report these events, but they simply aren’t doing it because of environmental (and other) factors. It’s important to remember that these are still young people, and we need to focus on improving the trainee culture for these individuals, as they are truly the victims here.”

Viglianti hopes that this research can better inform methods of intervention for sexual harassment in medical environments in the future.

“It’ll be interesting as this work continues to further reveal trends along gender lines,” she said. “We’re only beginning to explore where the harassment is occurring and with time, this can help us brainstorm strategies for intervening and better serving our residents.” 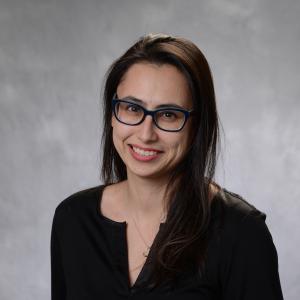 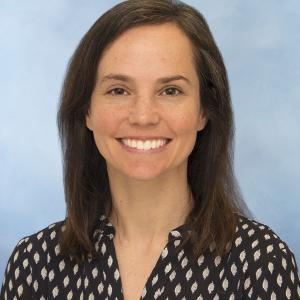