Social media platforms are using the same techniques as gambling firms to create psychological dependencies and ingrain their products in the lives of their users, experts warn.

These methods are so effective they can activate similar mechanisms as cocaine in the brain, create psychological cravings and even invoke “phantom calls and notifications” where users sense the buzz of a smartphone, even when it isn’t really there.

“Facebook, Twitter and other companies use methods similar to the gambling industry to keep users on their sites,” said Natasha Schüll, the author of Addiction by Design, which reported how slot machines and other systems are designed to lock users into a cycle of addiction. “In the online economy, revenue is a function of continuous consumer attention – which is measured in clicks and time spent.”

Whether it’s Snapchat streaks, Facebook photo-scrolling, or playing CandyCrush, Schüll explained, you get drawn into “ludic loops” or repeated cycles of uncertainty, anticipation and feedback — and the rewards are just enough to keep you going.

“If you disengage, you get peppered with little messages or bonus offers to get your attention and pull you back in,” said Schüll. “We have to start recognising the costs of time spent on social media. It’s not just a game – it affects us financially, physically and emotionally.”

The pull-to-refresh and infinite scrolling mechanism on our news feeds are unnervingly similar to a slot machine, said Tristan Harris, a former design ethicist for Google who has been described as the closest thing Silicon Valley has to a conscience.

“You pull a lever and immediately receive either an enticing reward (a match, a prize!) or nothing,” Harris wrote.

We cannot know when we will be rewarded, and more often than not we don’t find anything interesting or gratifying, much like gambling. But that’s precisely what keeps us coming back.

“The rewards are what psychologists refer to as variable reinforcement schedules and is the key to social media users repeatedly checking their screens,” said Dr Mark Griffiths, a professor of behavioural addiction and director of Nottingham Trent University’s International Gaming Research Unit.

“Social media sites are chock-a-block with unpredictable rewards. They are trying to grab users’ attentions ... to make social media users create a routine and habitually check their screens.”

Like gambling, which physically alters the brain's structure and makes people more susceptible to depression and anxiety, social media use has been linked to depression and its potential to have an adverse psychological impact on users cannot be overlooked or underestimated.

For instance, phone dependency, driven by high social-media usage, can lead us to think our phone is vibrating, or that we have received a message, even when we haven’t.

“Phantom calls and notifications are linked to our psychological craving for such signals,” said IHPI member Professor Daniel Kruger, an expert in human behaviour, from the University of Michigan. “These social media messages can activate the same brain mechanisms as cocaine [does] and this is just one of the ways to identify those mechanisms because our minds are a physiological product of our brain.”

“There are whole departments trying to design their systems to be as addictive as possible. They want you to be permanently online and by bombarding you with messages and stimuli try to redirect your attention back to their app or webpage.” 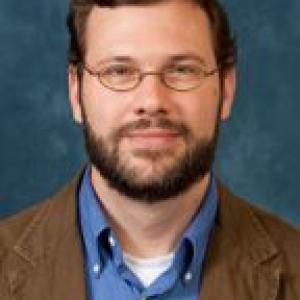