In sickness and in health: Study looks at how married couples face chronic conditions

Depression symptoms rise over time when facing multiple conditions that need different types of self-care, especially among husbands whose conditions differ from their wives’

When they said their wedding vows, many of them promised to stand by one another in sickness and in health.

But a new study suggests that as married couples age and develop chronic conditions, the daily demands of coping with their own health demands and those of their spouse may take a mental toll.

Depression symptoms increased over time among married men and women who themselves had two or more chronic conditions that need different types of self-care – such as a special diet and medications for heart disease or diabetes along with pain-reducing therapy for arthritis.

When husbands and wives both had chronic health conditions, and needed different kinds of self-care from their partners, husbands fared worse. Their depression symptoms were significantly higher, but this effect was not found for wives.

The new findings, made by a team from the University of Michigan using data from a long-term study of more than 1,110 older opposite-sex married couples from 2006 to 2014, are published today in Journals of Gerontology Series B: Psychological Sciences and Social Sciences.

While less than 10% of the women and less than 7% of the men in the study had levels of depression symptoms serious enough to suggest a need for treatment, lower-level depression is important for older people, clinicians, caregivers and adult children to understand, says Courtney Polenick, Ph.D., who led the study.

In both husbands and wives, the rise of depressive symptoms didn’t begin until a few years after the first assessment of their health and well-being.

“Our results suggest that there’s a window where, if one or both of you are managing complex conditions that don’t have similar self-management goals, it may be possible to intervene and prevent the development or worsening of depression,” says Polenick, who is part of the U-M Department of Psychiatry and Institute for Social Research. “This might be the time for couples, and those who care for them, to emphasize broadly beneficial lifestyle behaviors that help to maintain both mental and physical health.”

For instance, a woman coping with both high blood pressure and arthritis needs to make changes to her exercise routine, but her husband without such conditions could commit to making those changes along with her. Or a wife with diabetes who does most of the cooking and has a husband with prostate cancer could adopt a healthier menu for both of them.

Polenick and her colleagues from U-M’s Institute for Healthcare Policy and Innovation looked at data from the Health and Retirement Study, which repeatedly interviews and surveys thousands of American adults in their 50s and beyond over time.

They focused on conditions that have similar treatment goals focused on reducing cardiovascular risk -- diabetes, heart disease, hypertension and stoke – and those with treatment goals and needs that are different from each of the other conditions– cancer, arthritis and lung disease.

“Research has focused on how individuals with multiple conditions, also called multimorbidity, manage their chronic health needs,” says Polenick. “But most people in later life are partnered, with similar health-related habits, and we need to understand how changing health affects the couple dynamic.”
The fact that both wives and husbands experienced significant increases in depressive symptoms as the years passed, when they were coping with discordant conditions in themselves, is by itself important to understand, Polenick notes.

But the fact that wives whose husbands’ health needs differed from their own didn’t experience an even greater rise in depression is a bit surprising, she adds.

Meanwhile, husbands whose conditions had self-care needs that were different from their wives’ conditions did experience an additional rise in depression symptoms.

Among individuals who are baby boomers or older, wives may be more used to taking the lead in caring for the health and emotional well-being of both themselves and their husbands, she says.  But when husbands have wives who are coping with different health demands than their own, the husbands may experience less of this support than usual, worsening their stress and mental health.

Polenick and her colleagues continue to explore these intra-couple dynamics, and their consequences for mental and physical health. They also hope to expand the range of chronic health conditions they examine, and to look at shorter timeframes in conditions that can be managed with lifestyle changes.
But in the meantime, she notes that middle-aged and older couples may want to do more now to understand the factors that they can control as they age, and those they cannot, and talk about how they feel as a result.

“This is a reminder to step back and look at what your partner is coping with, to learn about their health conditions, to be conscious of it on a daily basis, and for grown children and clinicians to do the same,” she says. “Having that awareness, and helping one another manage health problems while watching for signs of depression, may help both members of a couple over time.”

In addition to Polenick, the study team includes Kira Birditt, PhD, Angela Turkelson, MS, and Benjamin Bugajski of U-M, and Helen Kales, MD, formerly a professor at U-M and now the chair of psychiatry at the University of California, Davis. 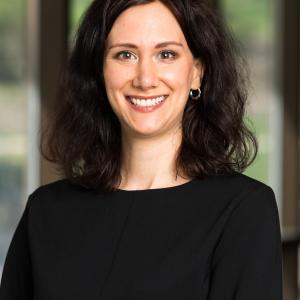