Focus on increasing physical activity and mobility, improving conditioning, and breaking the “vicious cycle” of falls and fear of falling is needed, experts say

The COVID-19 pandemic may have increased older adults’ risk of falling and injuring themselves, due to changes in physical activity, conditioning and mobility, a new national poll suggests.

More than a third of people between the ages of 50 and 80 report their physical activity declined in the pandemic’s first 10 months, and more than a quarter say they’re in worse physical condition now than before the pandemic, according to the new findings from the National Poll on Healthy Aging. Many of these adults also reported an increased fear of falling.

Fall research suggests that both reduced physical conditioning and fear of falling can increase future fall risk and reduce independence. As the pandemic eases in the United States, the poll leaders note that better awareness of this connection could help motivate adults of any age to safely increase or maintain their physical activity — especially if they have been less active or mobile due to the pandemic.

The poll finds 25% of older adults experienced a fall between the start of the pandemic in March 2020 and January 2021, when the poll was conducted. Forty percent of those who experienced a fall had more than one fall during this period. 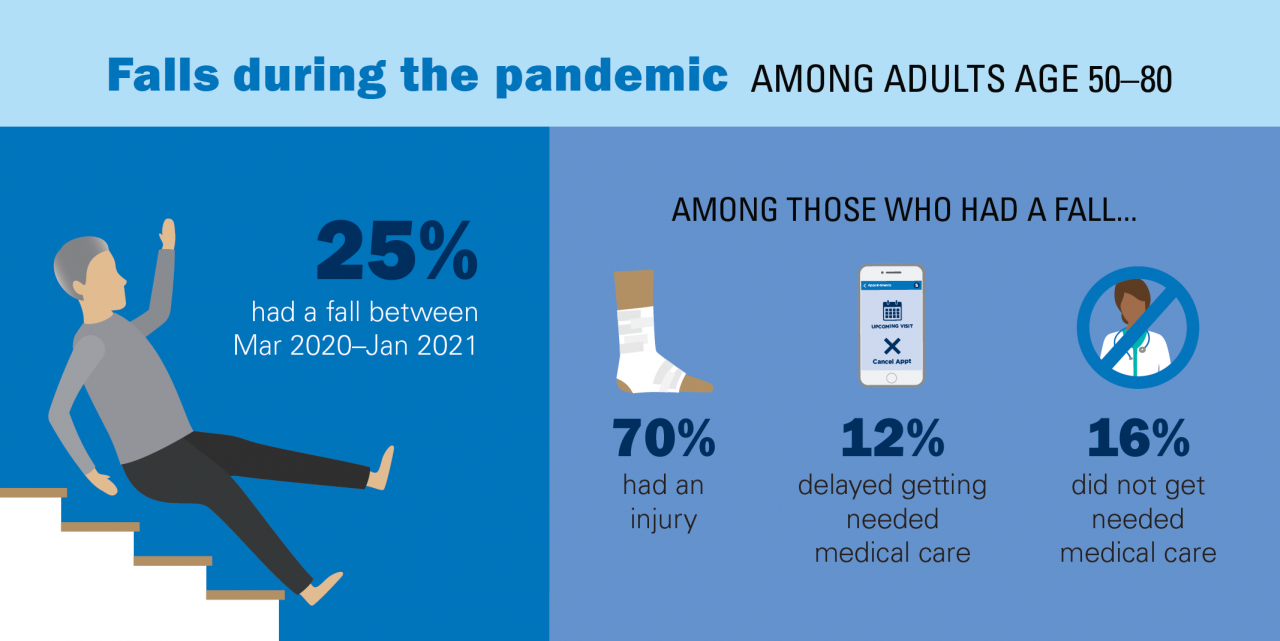 The poll also points to specific groups of older adults — women, Blacks, older adults experiencing loneliness and adults over age 65 — who may need additional help to improve physical conditioning and reduce fall risk. That help could come from health and fitness providers, and family and friends.

The poll is based at the University of Michigan’s Institute for Healthcare Policy and Innovation and receives support from AARP and Michigan Medicine, U-M’s academic medical center. The new report is based on answers from a national sample of more than 2,000 adults aged 50 to 80 to a poll taken in January 2021.

“Many older adults fall each year, and the pandemic was no exception. Many falls result in at least a minor injury in this age group, and a third require medical attention,” said Geoffrey Hoffman, Ph.D., an assistant professor in the U-M School of Nursing and falls researcher who worked with the poll team. “Physical conditioning can make a major difference for maintaining independence, including avoiding a fall, but also how well someone reacts to and recovers from one. Focusing on prevention now, including physical health and activity but also home safety and social factors that can increase risk, is crucial.”

More than a third of older adults (37%) reported being less physically active since the pandemic began. Nearly the same percentage said they spent less time on their feet, walking or standing, after March 2020.

This reduced activity translated into 27% saying their physical conditioning — flexibility, muscle strength and endurance — had worsened. Mobility — the ability to move around including with a cane, walker or vehicle — declined in 25%, according to poll responses. 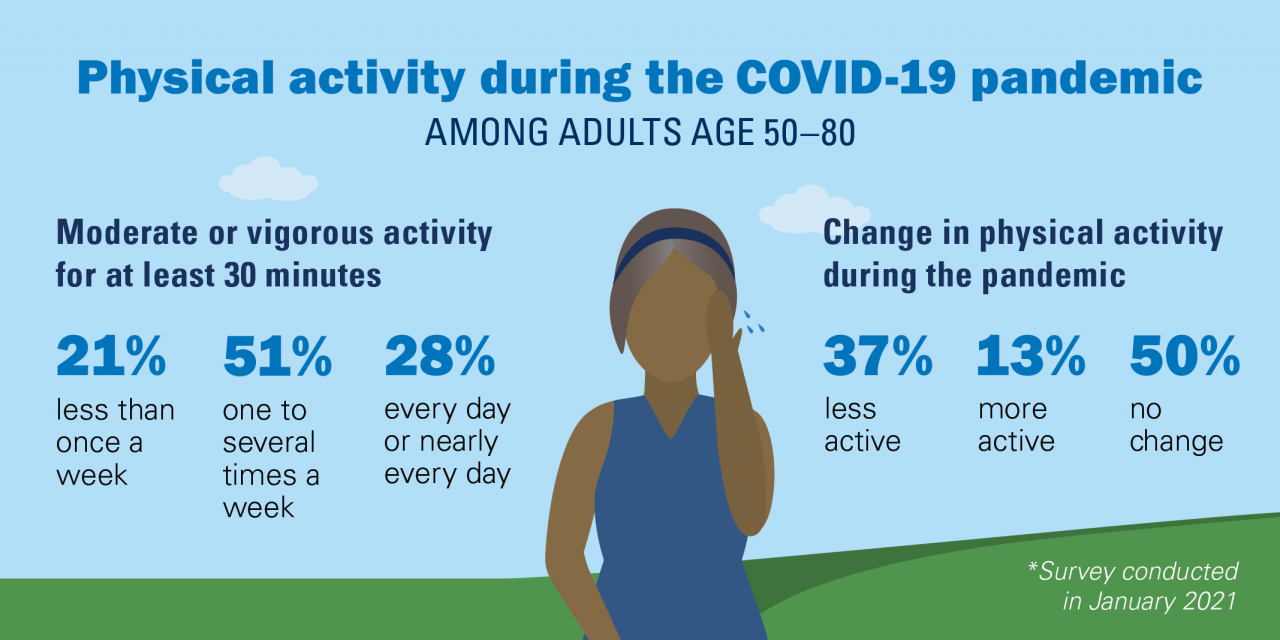 Among all older adults who said they fear falling, 23% said that fear had increased during the pandemic. But the percentage that reported increased fear of falling was much higher among those who reported less physical activity (32%), worsened physical conditioning (42%) or worsened mobility (45%).

Falls lead to the deaths of more than 32,000 older adults each year, and the number has risen steadily in recent years and is expected to continue to increase with the aging of the US population, according to the Centers for Disease Control and Prevention.

Links with loneliness and delayed care

The poll also reveals clues about how the loneliness and lack of companionship that increased among older adults during the pandemic might play into changes in activity levels, mobility and fall risk, says poll director Preeti Malani, M.D., a Michigan Medicine infectious disease physician also trained in geriatrics.

The percentage of older adults reporting falls was higher – 32% -- among those who said they lack companionship. This group was also more likely than others to report less physical activity and worsened mobility and physical conditioning. The NPHA has issued two previous reports on the health aspects of loneliness in older adults, both before and during the pandemic.

“As life gets closer to normal, especially for the large percentage of older adults who are fully vaccinated against COVID-19, health care providers and loved ones should encourage more interactions that involve safe physical activity,” she said. “We need to make up for lost time and get older adults on track, or back on track, with the kinds of movement and strengthening that can safeguard their independence by reducing their risk of falls or of major fall-related injuries. Even better if this happens in conjunction with social interaction.”

Hoffman and Malani also note another of the poll’s findings: During the pandemic, 28% of the older adults injured by a fall either delayed or did not receive medical care they felt they needed. Forty percent of this group said the pandemic was directly related to this lack of care. People who have lingering effects from a fall experienced during the height of the pandemic – joint pain or reduced mobility and strength, for instance – should seek rehabilitation and other care to avoid or reduce the risk of any further issues, they add.

“Falls are a significant health and safety concern for older adults,” said Alison Bryant, Ph.D., senior vice president of research for AARP. “Thankfully, there are many ways you can reduce your risk of falling, including simple home modifications like using brighter lightbulbs, removing throw rugs and making sure electrical cords are tucked out of the way.”

AARP offers a free checklist for things older adults and their caregivers can do to prevent falls at home.

The CDC offers a toolkit for older adults and their caregivers, and one for health providers, to assist with fall prevention.

The National Poll on Healthy Aging results are based on responses from a nationally representative sample of 2,074 adults aged 50 to 80 who answered a wide range of questions online in January 2021. Questions were written, and data interpreted and compiled, by the IHPI team. Laptops and Internet access were provided to poll respondents who did not already have them. A full report of the findings and methodology is available at www.healthyagingpoll.org, along with 37 other National Poll on Healthy Aging reports on a wide range of topics and new reports and poll extras added on a regular basis.

Learn more about the National Poll on Healthy Aging 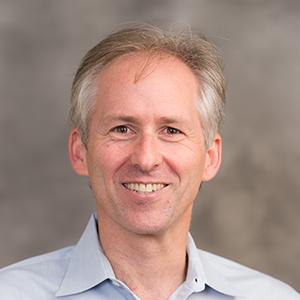