From opioid-free to long-term user, in one operation: Study shows key role of surgery

Patients with smoking, alcohol, depression, anxiety or pain issues before their operation were even more likely to fill opioid prescriptions for months afterward

ANN ARBOR, MI – Having surgery always comes with risks. But a new study suggests a new one to add to the usual list: the risk of becoming a long-term opioid user.

About 6 percent of people who hadn’t been taking opioids before their operation, but were prescribed the drugs to ease their post-surgery pain, were still getting the drugs three to six months later, the study finds.

That’s long after the window considered normal for surgical recovery, say the authors of the national study, published in JAMA Surgery. The rate didn’t differ between patients who had minor surgery and those who had major surgery, but it was slightly higher in southern states.

But it was 12 times higher than the rate of long-term opioid prescription-filling seen in a comparison group of similar adults who didn’t have surgery during the study period.

The researchers, from the University of Michigan Institute for Healthcare Policy and Innovation, found that certain factors made some “opioid-naïve” surgery patients more likely than others to end up refilling their opioid prescriptions for months.

Those who had been smokers, or diagnosed with alcohol, drug, depression, anxiety or chronic pain conditions before their operations had a higher rate of persistent prescriptions.

This suggests other reasons why patients might keep up their opioid use months after their operation, the researchers say -- despite a lack of evidence that the drugs help chronic pain or other long-term issues.

More than 50 million surgical procedures happen in the United States every year. If the study’s findings hold true for all patients, that would mean about 2 to 3 million people who were “opioid naïve” before surgery end up receiving the drugs for months afterward each year.

“This points to an under-recognized problem among surgical patients,” says Chad Brummett, M.D., the first author of the study and director of the Pain Research division in the U-M Medical School Department of Anesthesiology. “This is not about the surgery itself, but about the individual who is having the procedure, and some predisposition they may have. And we know that continued opioid use is probably not the right answer for them.”

The team continues to study the issue, in hopes of developing better processes for surgical teams to predict and manage the risk of long-term opioid use among their patients. They have launched an effort to help surgical teams prescribe opioids appropriately in the weeks immediate before and after an operation or procedure.

“These results show the need for education of surgical providers, to understand when it’s time to stop writing prescriptions for opioids, and to refer patients for assistance from a chronic pain physician,” says Brummett, who co-leads the effort, called the Michigan Opioid Prescribing Engagement Network, or Michigan-OPEN. “We need to be asking patients why they think they still need opioids, and what they’re being used for, not just refilling.”

He also notes that the study doesn’t look at what happened to the unused portion of opioid medications in the initial prescriptions written for most surgical patients. Unless disposed of properly – which the U-M team has shown can be difficult – the drugs can end up in non-medical uses.

The team made their findings in data from more than 36,000 non-elderly adults with private insurance who had only one operation in a two-year period from 2013 to 2014. None had had an opioid prescription for the year preceding their operation.

About 80 percent of the patients in the study had minor operations, to remove varicose veins, hemorrhoids, appendixes, prostates, thyroids, and gallbladders, or address hand issues -- often through minimally invasive techniques. The rest had major operations such as bariatric surgery, hysterectomy, hernia repair, or surgery to address severe reflux or remove part of their colon.

On average, the patients received a prescription for 30 to 45 tablets of opioids in the weeks immediately before or after their operation. Many surgical practices pre-approve such prescriptions for patients during the pre-operative period so they can fill them before they go to the hospital and have them on hand when they get home.

For the 6 percent or so who were still filling opioid prescriptions three to six months after their operation, the average number of total post-surgery prescriptions was 3.3, adding up to about 125 pills. Other research has shown that long-term prescription opioid use raises the risk of becoming dependent on the drugs for non-medical reasons, or moving to illicit opioid drugs like heroin.

Brummett notes that new chronic pain is a known risk of surgery, and that some operations do require opioid use for more than a week or so to control acute pain. Surgeons may even worry that if they limit opioid prescriptions, it will lower the patient-satisfaction scores that can affect how much they are paid by insurers, or cause their staff to have difficult interactions with patients. But as a physician who specializes in treating pain, he points to Centers for Disease Control and Prevention guidelines that state clearly that opioids are not appropriate first-line medications for long-term pain control.

The data came from IHPI’s store of anonymous private-insurance claims data purchased from Optum. The comparison group included a randomly selected 10 percent sample of adults who did not have surgery or an opioid prescription in a one-year period. The researchers assigned them a fictional “surgery date” and looked for any opioid prescriptions they filled in the 180 days after that.

“To truly confront our nation’s opioid issues, we need to move upstream, toward a preventive model that focuses on the 80 percent of our surgical patients who are not taking opioids,” Brummett says. “From our interactions with surgeons and their teams through Michigan-OPEN, it’s apparent that it’s still a new idea to many that the prescription they write for a surgery patient is a potential source for new chronic use and even diversion of opioids. Surgeons and their teams want to do the right thing, so we need to help them shepherd patients through the surgical path and help them come out healthier.”

The research was funded by the Michigan Department of Health and Human Services and the National Institutes of Health and the Agency for Healthcare Research and Quality (AR060392; DA038261, HS023313) 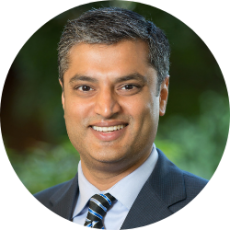 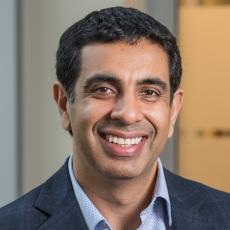