The study, published in the journal Pain, looks at the effect of the Opioid Safety Initiative rolled out by the Veterans Health Administration in late 2013 to promote safer opioid prescribing. The study examines implementation of the OSI across all of the nation’s 141 VA hospitals.

The researchers hope their findings could help other large health systems use their own electronic medical systems as part of a larger initiative to address a key aspect of the nation’s epidemic of painkiller overdoses and opioid addiction. The study was conducted by researchers from the University of Michigan Medical School and Institute for Healthcare Policy and Innovation, the VA Ann Arbor Healthcare System, and Yale University

Encouraging findings with a dose of caution

The researchers studied VA opioid prescribing for the year before the OSI rolled out, and the OSI’s first year. The national VA system had made other attempts to combat risky opioid use before OSI, including guidelines for prescribing, but the new research shows OSI greatly accelerated the downward trend.

The team calls the findings encouraging. But they caution that further efforts to drive down risky opioid prescribing will need to continue to take patients’ pain, mental health and addiction care needs and physicians’ decision-making into account.

“As our nation as a whole is learning, it’s important to reduce risky opioid-related prescribing,” says Lewei Allison Lin, M.D., the first author of the new study and an addiction fellow in the U-M Department of Psychiatry who trained in the VA system. “We hope that these findings, showing the VA OSI was associated with a reduction in risky prescribing, will encourage others to consider similar healthcare system interventions to address this complex issue.”

Adds senior author Mark Ilgen, Ph.D., “These results highlight the importance of addressing provider behaviors in our efforts to address the opioid epidemic, and the need for large health systems to develop and implement systematic approaches that are flexible enough to allow clinicians to make individual decisions while still reducing the overall prevalence of potentially risky prescribing.”

Ilgen is an associate professor of psychiatry at U-M and research investigator at the VA’s Center for Clinical Management Research.

Deaths and cases of substance use disorders linked to opioid painkillers have risen to epidemic levels nationally, with more than 14,000 deaths from prescription opioids in 2014 according to the Centers for Disease Control and Prevention.

Although there are many kinds of opioid painkillers, the potency of each one can be measured in morphine equivalents or MEQs. The study focused on patients with prescriptions above particularly high daily thresholds: 100 MEQ and 200 MEQ. The study finds that OSI was associated with 331 fewer patients a month receiving prescriptions with daily doses above 100 MEQ, and 164 fewer patients a month being prescribed a daily dose above 200 MEQ.

Accidental overdoses among people taking opioids that interact with other drugs have also been on the rise, so the OSI effort also focused on use of benzodiazepine sedatives. The study found that OSI resulted in 781 fewer patients each month receiving both an opioid and a benzodiazepine.

However, the new data shows variation among VA hospitals in OSI’s impact. In a minority of hospitals, high-dose opioid prescribing actually went up during the study period.

The OSI is based on an approach called “audit and feedback”, which has been used successfully in other efforts to improve health care quality and safety. The fact that the national VA system uses a single computerized electronic medical record system allowed it to create the dashboard approach. Each hospital’s OSI “champion” could easily see how opioids and related medications were being prescribed at their hospital, and by each doctor who prescribed them. They could compare that information with national and regional data.

Besides the dashboard, and the VA’s opioid prescribing guidelines introduced in 2010, the OSI also encouraged local hospital leaders to provide education to clinicians about pain care and opioid prescribing. Each OSI champion could decide how best to use the OSI data and tools to address opioid prescribing to ensure that care tailored to individual patient needs remained the priority.

Once opioids and sedatives have been prescribed, changing the dose must be done gradually and carefully, especially when a patient has been accustomed to higher doses over a longer period of time.

Lin notes that further evaluation of OSI data will be needed to determine how dosages were reduced and to see the impact of newer components of the OSI program.

In addition to Lin and Ilgen, the study’s authors include Amy S. Bohnert, Ph.D., Robert D. Kerns, Ph.D., Michael A. Clay, M.D., and Dara Ganoczy, M.P.H. The study was funded by the VA Quality Enhancement Research Initiative. Ilgen and Bohnert are members of IHPI. 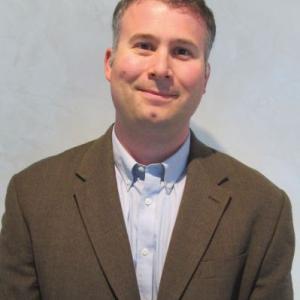 Amy Bohnert, Ph.D., M.H.S.
Mental health services and substance use
Share This Page
©2021 The Regents of the University of Michigan | Disclaimer | Privacy Statement