Rigorous evaluation of real-world program shows emergency care and costs went down, while outpatient care went up, among low-income Detroit residents who connected with a CHW

Community health workers employed by Medicaid health plans can help low-income people who face barriers to care rely less on the emergency room, and more on outpatient care, a new study finds. The CHWs in the study worked with Medicaid participants to make a plan for their health and connect them with social and health care services in their local area.

And that may lead to better use of funding, and potentially lower costs, for the Medicaid system over the long run, the researchers say.

The new findings come from the most rigorous study of a real-world CHW program to date, a randomized controlled trial conducted by the University of Michigan Institute for Healthcare Policy and Innovation in partnership with local and state organizations and agencies. It’s published in the American Journal of Public Health.

But the study also shows the challenges involved in making the connection between CHW and high-use Medicaid participants. The findings could help Medicaid CHW programs in Michigan and beyond improve how they support and structure their efforts to bridge the gap between people and services.

“These results are really heartening, especially through the lens of success for Medicaid plans of decreasing acute care use and increasing use of ambulatory care among individuals who have not been accessing primary care,” said Michele Heisler, M.D., M.P.A., who led the project and is a professor of internal medicine at the U-M Medical School. “This is very encouraging for being able to sustain CHW programs over the long term, because of the potential to translate to cost savings. But our results also show the importance of flexibility and persistence when it comes to connecting with this patient population.”

Heisler and her IHPI colleagues conducted the study with the help of three of Michigan’s Medicaid managed care insurance plans, which since 2016 have been required to have CHW programs.

They focused on the predominantly Black and low-income neighborhood of Detroit called Cody Rouge, which has high numbers of Medicaid enrollees who were not accessing primary care and instead went to emergency departments, and also has a strong network of local community and social service organizations. They partnered with the Detroit Health Department, the Joy-Southfield Community Development Corporation and the Michigan Community Health Worker Alliance to design and implement the evaluation of the CHW program already in place at the three health plans.

The study randomly assigned nearly 2,500 Medicaid participants who had sought emergency care three or more times in the last year, or had been hospitalized for a condition that could have been effectively treated in the outpatient setting. The participants were 65% female, with an average age around 30 and incomes below 133% of poverty level. Just under 1,400 were assigned to the group that might get contacted by a CHW.

But challenges the CHWs faced in actually reaching and engaging with these individuals meant that just 284 of them were reached by CHW outreach. About half of that number actually engaged with a CHW to assess their health and social needs, make a plan and get referrals to local services.

The health plan CHWs faced hurdles to effective outreach that included outdated contact information for participants, work hours that didn’t match up with participants’ availability, and worries among enrollees about why CHWs were seeking to reach them.

But even with this low uptake, the study showed significant differences. By the end of the first year after the randomization, the group of 284 people who had some contact with a CHW had an average of 6.4 medical office visits per person-year, and 2.8 emergency department visits per person-year, compared with 5.3 and 3.1 for the control group and 4.8 and 3 for the group of 1,100 people who were randomized to the CHW arm but had no CHW contact.

Emergency care costs per person year were about $500 less for the active group of 284 than for the control group, and outpatient costs were about $450 more. Total costs were no different.

All the CHWs in the study were Black and were from Cody Rouge or familiar with the neighborhood. They all underwent shared training in autonomy-supportive communication and other best CHW practices, and used similar health and social needs assessment guides for their initial contact with participants. This is in keeping with the CHW model, which focuses on hiring and training people who share characteristics such as culture, ethnicity, language and community with the people they serve.

Many other studies have shown that CHW programs can improve clinical outcomes and decrease hospital readmission rates and costs. But these have not been large randomized controlled trials that set out to measure effectiveness of a real-world CHW model with fully funded staff, rather than CHWs funded by a grant. Also, few have looked at both ambulatory and acute care, such as emergency visits and hospitalizations.

Heisler noted that as a result of the study’s findings, the Medicaid health plans involved have worked to contract with local community organizations for CHW staff, so they are more in touch with the specific community or neighborhood. Plans have allowed CHWs to work evenings and weekends, rather than just during usual work hours when many enrollees are at work or school and not available. The CHW model, which is part of the state of Michigan’s Medicaid program, should be used by others nationwide, she said.

An accompanying editorial by Natalia Rodriguez, Ph.D., of Purdue University called the new study a ‘rigorous methodological template’ for evaluating other CHW programs, and concluded, “health plan-implemented CHW programs such as the one described by Heisler et al can serve as an innovative model for other contexts.”

The full study design is described in this paper. The study was funded by Blue Cross Blue Shield of Michigan Foundation, the Michigan Department of Health and Human Services, the Ralph C. Wilson Foundation, Poverty Solutions at the University of Michigan, and the National Institute of Diabetes and Digestive and Kidney Diseases (DK092926). It has National Clinical Trial number NCT03924713.

In addition to Heisler and co-first author Adrienne Lapidos, Ph.D. of the U-M Department of Psychiatry, the study’s authors include senior author and IHPI director John Z. Ayanian, M.D., M.P.P., Edith Kieffer, Ph.D., of the U-M School of Social Work, and Rebeca Guzman, of the Detroit Health Department. 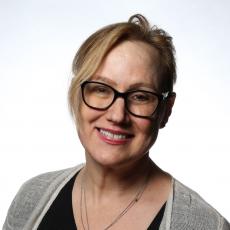 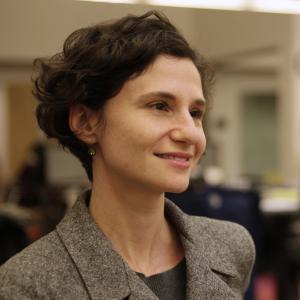