NEW ORLEANS – Most low-income Michigan residents who signed up for the state’s expanded Medicaid program say their new health insurance helped them do a better job at work, or made it easier for them to seek a new or better job, in the first year after they enrolled, according to a new study.

That’s on top of the positive health effects that many said their new coverage brought them, University of Michigan researchers report at the annual research meeting of the AcademyHealth research organization.

In all, 69 percent of those who had jobs said they did better at work once they had health insurance under the Healthy Michigan Plan, the name of Michigan’s Medicaid expansion under the Affordable Care Act.

In all, nearly half of the newly covered Michiganders said their physical health improved in the first year of coverage, and nearly 40 percent said their mental or dental health got better.

Those who said their health improved also had the most chance of experiencing an effect on their work life. As a group, they were four times more likely to say that getting Medicaid coverage helped them do a better job at work. And those who felt their health had improved, but were out of work, were three times as likely to say that their coverage helped them look for a job.

Lead researcher Renuka Tipirneni, M.D., M.Sc., says that she and her colleagues at the U-M Institute for Healthcare Policy and Innovation were surprised at how many reported better health after a short period of coverage. Studies in other expansion states have not shown overall improvement so soon.

But the impact on employment was even more surprising, she says, and has implications for current debates in state and federal public policy, including proposals to require Medicaid enrollees to work or actively seek work.

“Having health insurance, and being able to take care of one’s health as a result, has a large positive impact on a person’s ability to do a better job at work or seek employment,” she says. “Given that a large portion of those with chronic illness or poor health are already working, this has many implications for the way we structure Medicaid programs.”

How the study was done

Tipirneni and her colleagues performed the survey of a representative sample of Healthy Michigan Plan enrollees, and detailed structured interviews with 67 participants, in 2015 and 2016 as part of the official federally mandated evaluation of the program. They communicated with participants in their choice of English, Spanish or Arabic.

IHPI holds a contract with the Michigan Department of Health and Human Services to carry out that evaluation, and the new data are also described in a report that will be made available on the website of the federal Medicare/Medicaid agency. In all, 672,576 Michigan residents are covered by the plan.

At the AcademyHealth meeting, Tipirneni laid out the findings of the survey, including new data about what Healthy Michigan plan enrollees say about their own health.

Impact of coverage on work

Working-class Michiganders with chronic health conditions made up more than two-thirds of all those surveyed and nearly half of those who were working. They reported a significant increase in their ability to do a good job at work in their first year of coverage.

One-third of the participants who said they were in fair or poor health held down jobs nonetheless – and a slightly smaller percentage of this group said they were out of work.

“Our findings show that many people in the Healthy Michigan Plan who aren’t healthy overall are working nonetheless, and so are many people with chronic conditions,” says Tipirneni. “We intend to study these participants in future work, to understand what factors influence their ability to hold or seek employment.”

The remaining third of those who said their health was fair or poor said they weren’t working because illness, disability or other issues made them unable to. The researchers did not ask about caregiving responsibilities that might have accounted for some people’s inability to work.

The in-depth, structured interviews with selected participants revealed some of the personal stories behind the numbers. For instance, they described how receiving mental health care had made them more able to work, or how having dental work done under the plan’s coverage had allowed them to feel more professional when looking for jobs.

The Healthy Michigan Plan coverage is open to any Michigan resident making less than 133 percent of the federal poverty level. A person working a full-time job at Michigan’s 2016 minimum wage of $8.50 per hour would make just over that threshold if they lived alone, but would be eligible for Healthy Michigan Plan coverage if they support a child or another adult who doesn’t or can’t work.

More information about the Healthy Michigan Plan evaluation, and other Medicaid-related research being conducted by IHPI members based at the University of Michigan, is available at http://ihpi.umich.edu/initiatives/healthy-michigan-plan

The team is also presenting other findings about Michigan’s Medicaid expansion in research posters at the AcademyHealth meeting, including: 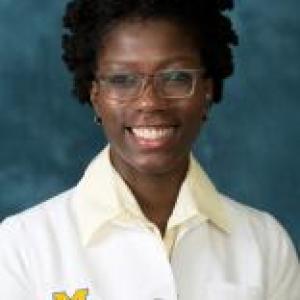 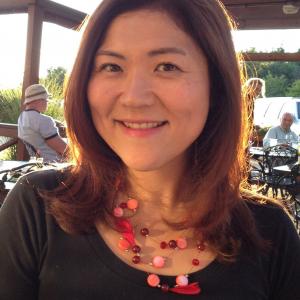