Here’s why millennials need to worry about autoimmune diseases

Our immune system helps to fight off infections from viruses and bacteria—but sometimes it can turn on itself by mistake.

The National Institutes of Health (NIH) estimates that 23.5 million Americans are now affected, with the American Autoimmune Related Diseases Association (AARDA) putting the estimate even higher, at 50 million. "Some autoimmune disorders, such as type 1 diabetes and autoimmune thyroid disease, are thought to be on the rise," says IHPI member Emily Somers, PhD, an epidemiologist at U-M's School of Public Health. "These changes over time suggest that environmental factors are involved."

About 80 percent of people with autoimmune conditions are women, with some diseases like Sjogren's syndrome having a women-to-men ratio as high as 9:1. The U.S. Department of Health and Human Services' Office on Women's Health says these conditions tend to develop during the childbearing years. "Females have a higher susceptibility to autoimmune diseases than men—in fact, autoimmune diseases as a group rank among the leading 10 causes of death for women," Dr. Somers says.

The AARDA says that much research so far has been specific to singular diseases, instead of looking at autoimmunity as a whole. Plus, the doctors who treat autoimmune conditions tend to be spread out in many disciplines—the Office on Women's Health lists no fewer than seven specialties, including rheumatology, endocrinology, gastroenterology, and dermatology—and so information gathered from each has not always been shared. Without understanding the root cause, it's hard to sort out what's really going on. 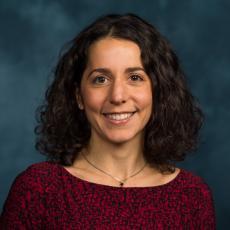