Research aims to inform policy and improve equity by showing patients’ out-of-pocket costs for the rest of the screening process for colon, cervical, lung and breast cancer.

Updated July 8, 2022 after the announcement of a proposed Medicare coverage rule for follow-up colonoscopy

With the White House putting cancer prevention and early treatment squarely in the sights of its renewed Cancer Moonshot initiative, recent University of Michigan research offers insights that policymakers could use to ensure more cancers are diagnosed earlier and reduce inequalities.

The research relates to the part of the Affordable Care Act that makes certain cancer screenings and other preventive care available to patients at no cost. That provision was specifically designed to keep financial barriers like co-pays and insurance plan deductibles from getting in the way of detecting early signs of trouble.

But what happens when the results of the free initial screening are abnormal, and more scans or tests must be done to see if it’s really cancer?

The frequency and potential cost of this side of cancer screening is the focus of recent studies from U-M researchers and their colleagues, who measured costs that patients face for necessary follow-up tests after getting free screening for colon, cervical, lung or breast cancer.

“For those who have an abnormal initial cancer screening test, it makes no sense to put a barrier in place for that individual to complete the diagnostic process,” said A. Mark Fendrick, M.D., who helped lead the new studies and directs U-M’s Center for Value-Based Insurance Design. “The main goal of cancer screening is to detect those people who could benefit from early detection.”

He and the teams behind the recent studies aimed to inform policies that might remove financial barriers to increase the number of people – especially women and members of underserved populations – who will follow up on abnormal test results. Failure to complete the screening process could lead to cancer progressing, potentially leading to worse patient outcomes and high medical costs. 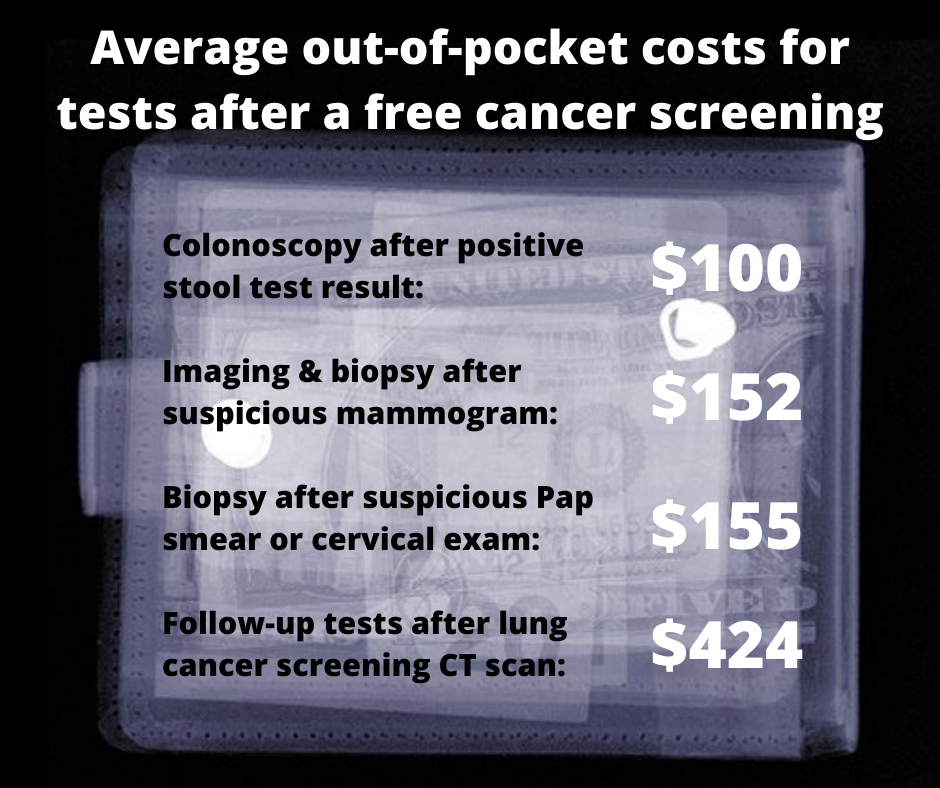 Many average-risk adults opt for stool-based screening tests, such as those that look for blood or DNA markers of colorectal cancer, because they take less time and preparation than a screening colonoscopy, and they can be done at home. These options, as well as screening colonoscopy, are available without out-of-pocket costs. Clinical guidelines say that those who test positive on a stool test need a follow-up colonoscopy.

The JAMA Network Open study examined how often patients are charged, and what patients actually paid out of their own pockets, for such follow-up colonoscopies. It involves data from nearly 88,000 people with private insurance or Medicare coverage who had a stool-based test.

In all, 16% of them went on to have a colonoscopy. During that colonoscopy, nearly 60% of the group had at least one polyp removed, because it might be cancerous or precancerous.

More than half of the privately insured patients and 78% of the Medicare participants had to pay something out-of-pocket for their follow-up colonoscopy. It averaged around $100, no matter what kind of insurance the patients had. Those who had polyps removed paid more than those who didn’t.

The Preventive Medicine study, based on a simulation using patient data, suggests that follow-up colonoscopies after positive stool tests could save up to four times as many years of life saved from colorectal cancer, and prevent twice as many deaths, when compared with the same number of people who have a colonoscopy as their initial colorectal screening test. This is because those having a colonoscopy after an abnormal stool test are at higher risk for actually having cancer than those having a primary screening colonoscopy.

The studies helped inform a new federal rule requiring private health insurance plans to provide coverage for follow-up colonoscopies without cost to the patient beginning on or after May 31, 2022.

“This is an extremely important policy that could increase screening uptake, enhance equity and ultimately save lives, which are stated goals of the Cancer Moonshot. The removal of a cost barrier starting this spring could help hundreds of thousands more people avoid the dilemma of having to decide if they can afford to follow up on their initial positive colorectal screening test,” said Fendrick, a general internal medicine physician at Michigan Medicine. “However, the new rule does not apply to Medicare beneficiaries, and it does not apply to other cancers for which screening tests are fully covered for some or all individuals: breast, lung and cervical cancer.”

Update: On July 7, 2022, the federal Centers for Medicare and Medicaid Services announced a proposed rule that was informed by this research.

In its press release, CMS said: "To reduce barriers to getting a colonoscopy, CMS is proposing that a follow-up colonoscopy to an at-home test be considered a preventive service, which means that cost sharing would be waived for people with Medicare. Additionally, Medicare is proposing to cover the service for individuals 45 years of age and above, in line with the newly lowered age recommendation (down from 50) from the United States Preventive Services Task Force."

Fendrick and colleagues published three studies documenting frequency of follow-up screening and costs to patients on those types of cancer:

The U-M team and colleagues from the University of Washington have looked at the follow-up costs faced by women who have concerning findings on their screening mammograms. Their results were published in 2021 in JAMA Network Open.

Screening mammograms for certain women have been free from out-of-pocket costs since the Affordable Care Act’s provision took effect.

But between 2010 and 2017, the study shows, women who got additional imaging and biopsies after their screening mammogram faced ever-rising out-of-pocket costs.

The study is based on data from 325,900 women between the ages of 40 and 64 who have job-related health insurance and had 418,378 additional breast imaging examinations or procedures after a screening mammogram.

Nearly all had a second mammogram, called a diagnostic mammogram, after the screening scan. From there, many went on to have additional scans and even biopsies to remove a bit of tissue for examination to determine if they had cancer. Those who went on to have a biopsy paid the most out of their own pockets, rising from an average of $91 in 2010 to $152 in 2017, whether they had ultrasound or MRI imaging before the biopsy.

A team led by U-M radiologist Ruth Carlos, M.D., and Fendrick documented the cost of follow-up tests for patients whose screening CT scan showed signs of potential lung cancer, and the findings were published in the Journal of American College of Radiology last fall.  Such scans are fully covered for people who meet criteria for certain levels of past and current tobacco use.

In 2021, the U.S. Preventive Services Task Force recommended expansions of the populations eligible for CT screening for lung cancer. The changes were made with an eye toward reducing inequities in rates of early cancer detection among women and people who are Black, Indigenous, or Latinx.

In all, 7.4% of the patients who had a lung cancer screening CT went on to have at least one follow-up invasive procedure. Over half of them were asked to pay something, sometimes hundreds or even thousands of dollars out of their own pockets, depending on the specific tests that were required to complete the screening process.

In a 2022 paper published in Obstetrics & Gynecology, Fendrick collaborated with obstetrician/gynecologist Michelle Moniz, M.D., M.Sc., and others to look at what women paid out of their own pockets for a type of cervical exam called colposcopy.  Conducted after a Pap smear, HPV test or routine cervical exam gives abnormal results, a colposcopy can include a biopsy or other procedures.

Women who had a colposcopy without further procedures paid an average of $112, while those who had cells taken for further examination paid $155 on average. Those who had further procedures faced hundreds of dollars more in costs -- and this out-of-pocket cost rose sharply during the 13 years studied. By 2019, a woman who had additional care beyond a biopsy could expect to face a total bill of nearly $1,000.

“The recent release of federal proposals to eliminate cost-sharing for follow-up colonoscopy to a positive at home colorectal cancer screening test for commercially insured individuals and Medicare beneficiaries is an important step forward to improve patient outcomes and enhance equity,” said Fendrick. “It is my hope that the use of evidence that informed the change in colorectal cancer screening coverage may also be applicable to remove cost-sharing for follow-up care after initial, fully covered, screening tests for breast, cervical and lung cancer, that frequently necessitate substantial out-of-pocket costs to complete the screening process.” 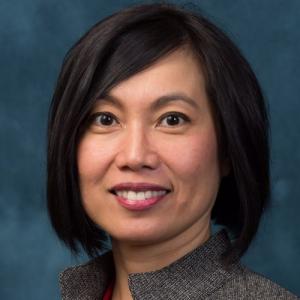 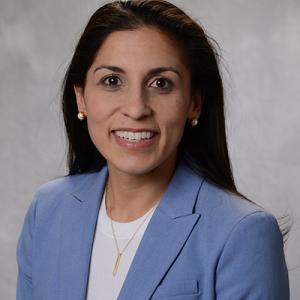