Five years ago, with an epidemic of opioid-involved overdoses escalating, the Centers for Disease Control and Prevention released an evidence-based guideline for doctors aimed to help them treat their patients’ pain while balancing the risks and benefits of prescription opioid medications.

Now, a new study suggests the CDC Guideline for Prescribing Opioids for Chronic Pain may have started to have an effect in the first two years after its launch. The study focuses on opioid prescriptions that were filled by patients who had not used their insurance in the past year to fill any other opioid prescription before and after the 2016 guideline release.

While there was actually a small increase in the percentage of such patients who received opioids, those who did receive opioids had different trends in two ways: the number of days’ supply of opioids in their prescriptions, and the dose.

Specifically, after the guideline’s release, initial opioid prescribing among these “opioid naïve” patients showed decreases in both the average days’ supply, and in the likelihood that their initial prescription would be for doses larger than 50 MME (morphine milligram equivalents), compared with what would be expected from the pre-guideline trends.

The researchers make it clear that they cannot attribute any one change or trend to the CDC’s guideline, say the University of Michigan researchers who led the analysis published in JAMA Network Open. But the CDC opioid prescribing guideline may be a critical part of a broader catalyzation of actions taken by prescribers, they say.

The new findings add to a body of evidence that can inform efforts to revise evidence-based opioid prescribing guidelines and decrease the chance that they will be misapplied. For instance, the 2016 guideline was not intended to apply to patients with cancer, major surgical pain, and those in hospice or palliative care. Yet prescribing patterns for those populations have been shown in other studies to have changed since the guideline was issued.

“These findings, based on trends before and after the CDC guideline was released, show it may have catalyzed other changes, because it came from a trusted entity,” said Jason Goldstick, Ph.D., lead author of the analysis and a research associate professor at the U-M Medical School who is a member of the U-M Injury Prevention Center. “It’s impossible to isolate the effect of the guideline itself, given all the activity around opioid prescribing, but it’s important to track these trends and use them to inform future efforts to treat pain safely and effectively.”

Goldstick and senior author Amy Bohnert, Ph.D., of the U-M Department of Anesthesiology, worked with CDC experts on the study. They are members of the U-M Injury Prevention Center, which offers additional resources for providers on opioid prescribing and overdose prevention.

More about the findings

The new study used data from 2011 to 2017, from 4.5 million to 5.8 million people a year who had private insurance or a Medicare Advantage plan. None of them had filled an opioid prescription in the previous year.

The percentage of these “opioid-naïve” patients filling an opioid prescription dropped from nearly 12% in the first year to just over 9% in the final year – and the decline was already well under way before the guideline came out. The percentage of patients filling opioid prescriptions after the guideline came out was slightly higher than the downward trend from the previous few years would have predicted – enough to be statistically significant.

While the CDC guideline focused on chronic pain, it also noted that clinicians treating acute pain should prescribe opioids at the lowest effective dose and for no longer than the expected duration of pain. A three-day supply is often sufficient for many patients, and a seven-day supply will rarely be needed. U-M experts have since developed and tested prescribing guidelines for post-surgery and dental procedure pain that emphasize even smaller prescriptions.

Though the data used for the new study do not include information about whether the patients had chronic or acute pain, the findings are broadly consistent with the guideline’s recommended prescribing practices. However, there were differences in prescription duration between groups of patients, with women, non-white, and older patients, and those with Medicare Advantage insurance coverage, getting more days’ in general.

The study also looks at the daily dose that patients would receive if they took their prescription as written, equalizing different forms of pain medication by using a measure known as morphine milligram equivalents or MME.

Goldstick and his colleagues’ analysis adjusted for patient demographics and time-invariant state-level differences, and showed that the odds of patients getting a first-time dose over 50 MMEs dropped after the guideline was issued, more than would have been expected based on the pre-guideline trend.

“Any progress toward safer prescribing is good,” said Goldstick. “There’s still progress to be made, and it could have a downstream effect on opioid use disorder, and overdose rates.” 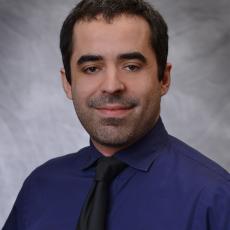