Twenty dollars a month might not seem like a lot to pay for health insurance. But for people getting by on $15,000 a year, it’s enough to make some drop their coverage – especially if they’re healthy, a new study of Medicaid expansion participants in Michigan finds.

That could keep them from getting preventive or timely care, and could leave their insurance company with a sicker pool of patients than before, say the researchers from the University of Michigan and University of Illinois Chicago. They have published their findings as a working paper through the National Bureau of Economic Research, ahead of publication in the American Journal of Health Economics.

The study has implications for other states that require low-income people to pay for their Medicaid coverage, or may be considering such a requirement if they expand Medicaid. It also has importance for the plans sold on the national and state Marketplaces to people who buy their coverage directly.

The new findings come from Michigan’s Medicaid expansion program, called the Healthy Michigan Plan, which was one of the first in the nation to require some low-income participants to pay monthly fees and most participants to pay co-pays for services they receive. Nearly 906,000 Michiganders get their health coverage through the program.

The analysis was done by a team from the U-M Institute for Healthcare Policy and Innovation, which has conducted a formal evaluation of the program for the Michigan Department of Health and Human Services. Betsy Q. Cliff, Ph.D., now at the University of Illinois Chicago, led the analysis during her doctoral training at the U-M School of Public Health.

While people leave Medicaid for a number of reasons, the study found a 2.3 percentage point jump in disenrollment at the federal poverty level, which the researchers attribute to the imposition of premiums.

Given a baseline disenrollment of about 20% over 6 months of the program, the study finds 12% more participants dropped off the Healthy Michigan Plan after they began owing monthly fees. The amount someone had to pay also mattered: Disenrollment rose by nearly 1 percentage point for every dollar charged monthly. The study used data from the inception of the program in April 2014 and followed participants through September 2016.

Michigan’s cost-sharing requirements for people in the Healthy Michigan Plan kick in after a person has been in the program for six months. An individual on the program with an income just above the poverty level – around $12,900 a year in 2021 – might be charged about $20 a month, though this amount can be reduced by engaging in a discussion with their physician about healthy behaviors. The monthly amount goes up as income increases.

Indeed, previous work by the IHPI team to survey past participants in the Healthy Michigan Plan showed that 81% had access to no other form of insurance before they joined the program, and that 55% went uninsured for the three months after they left it.

When the researchers looked closer at who was leaving the plan, they found that it was mainly people who were relatively healthy: Those who hadn’t had any care related to a chronic illness, and that had below-median health spending.

By contrast, the study did not find an increase in disenrollment among those who had gotten care for a chronic condition or had above-median health care spending during the first months after enrollment, before they received a cost-sharing invoice.

When the researchers adjusted for demographic differences, they found that the people who disenrolled had medical spending in the first six months of enrollment that was 40% lower than the spending for those who stayed in.

Being billed for co-pays did not seem to alter the chance that people of any health status would leave the program. In general, co-pays for people receiving certain health care services under the Healthy Michigan Plan are $1 to $8 for a prescription up to $100 for an inpatient hospital stay, depending on income.

Enrollees are not required to leave the program for non-payment of monthly fees or co-pays; people must actively disenroll or fail to complete yearly renewal paperwork.

Implications for other states and plans

In addition to the disruption for individuals and the private plans that cover them, the authors say the findings have implications for how the state and federal governments plan for spending on Medicaid, and how they adjust payments to insurers and providers based on patients’ health risk.

States that are considering implementing or continuing cost-sharing requirements under Medicaid expansion should consider this, the authors say.

Cost-sharing is seen as a way to promote personal responsibility and encourage participants to make better decisions about health care and have been used as a way to achieve bipartisan support for Medicaid expansion in Michigan and other states.

But as the study shows, this may limit access to coverage and cause Medicaid to experience adverse selection, that can disrupt the health insurance market.

The paper’s senior author is Richard Hirth, Ph.D., the S.J. Axelrod Collegiate Professor of Health Management and Policy at the U-M School of Public Health. IHPI director John Z. Ayanian, M.D., M.P.P., who leads the institute’s evaluation of the Healthy Michigan Plan and is the Alice Hamilton Distinguished University Professor of Medicine and Healthcare Policy at the Medical School with joint appointments at SPH and the Ford School of Public Policy, is a co-author. In addition to Cliff, Hirth and Ayanian, the study’s authors are Sarah Miller of the U-M Ross School of Business, and Jeffrey Kullgren of the U-M Medical School.

To learn more about the IHPI evaluation of the Healthy Michigan Plan, and see previous reports, announcements and papers it has generated, visit https://ihpi.umich.edu/featured-work/hmp 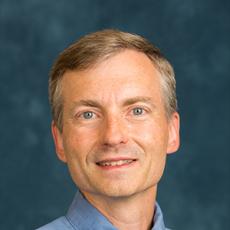