Social determinants of health in the outpatient setting played a key role in the disparity, the study finds.

Black patients who undergo minimally invasive procedures for clogged arteries are more likely to die or be readmitted to the hospital months after the procedure, a Michigan Medicine study finds.

The research team analyzed more than 29,000 older patients with Medicare insurance who underwent percutaneous coronary intervention, which includes stenting and balloon angioplasty, between 2013 and early 2018 using data from the Blue Cross Blue Shield of Michigan Cardiovascular Consortium. They found that Black patients were 1.62 times more likely to be readmitted to the hospital within 90 days of discharge after the procedure and were 1.45 times more likely to die in long-term follow-up when adjusting for age and gender.

“We’ve known that there are broad racial disparities that exist in cardiovascular disease, with Black patients less likely to undergo coronary intervention or invasive angiography, but there is a lack of data on the long-term outcomes for these patients after coronary stenting procedure,” said Stephanie Spehar, M.D., first author of the study and chief medical resident in the University of Michigan Health Department of Internal Medicine.

“We have seen efforts nationwide to improve the care quality of coronary stenting, particularly during the procedure, and current studies including ours show generally similar in-hospital outcomes for Black and white patients,” Spehar said. “However, our findings show a concerning disparity in outcomes after patients leave the hospital.”

The results, published in the American Heart Journal, reveal that social determinants of health – including community economic well-being, personal income and wealth, and preexisting health conditions – played a significant role in the outcomes.

“Our findings demonstrate that these disparities may be, at least in part, explained by multiple complex factors including social determinants of health,” said senior author Devraj Sukul, M.D., M.S., interventional cardiologist at the U-M Health Frankel Cardiovascular Center and a clinical assistant professor of cardiology at U-M Medical School.

“Moreover, focusing on understanding and potentially addressing these disparities in both the peri-procedural and post-procedural settings is critically important,” Sukul said. “All of these factors, such as wealth, community economic stress and comorbidities, are interconnected and accumulate over time. Lower socioeconomic status can potentially lead to worse health status, just as illness may undermine financial security and economic opportunity. Preventative action must be taken to address the complex social, environmental and behavioral factors that contribute to these outcomes.”

Percutaneous coronary intervention is performed both for patients coming in with emergent situations, such as a heart attack, as well as those experiencing chest pressure with exertion or chest discomfort. It is one of the most common cardiovascular procedures performed in the United States, with more than 635,000 procedures completed in 2017.

In addition to the long-term disparities uncovered in the study, 75% of white patients were referred for cardiac rehabilitation, compared with 58.5% of Black patients. Researchers say the findings highlight a need to reduce such disparities at the time of discharge after PCI, which will take a multi-faceted effort.

“We need policies to reinforce and expand programs that have been developed to reduce the burden of cardiovascular conditions, like hypertension and diabetes, in minority groups,” Spehar said. “Clinicians can also partner with social services to address issues such as transportation and copays, trying to eliminate financial barriers to care. And cardiovascular providers must prioritize ongoing cultural competence and implicit bias training.”

Funding/disclosures: Support for BMC2 is provided by Blue Cross and Blue Shield of Michigan and Blue Care Network as part of the BCBSM Value Partnerships program. Although Blue Cross Blue Shield of Michigan and BMC2 work collaboratively, the opinions, beliefs and viewpoints expressed by the author do not necessarily reflect the opinions, beliefs, and viewpoints of BCBSM or any of its employees. 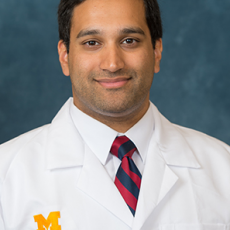 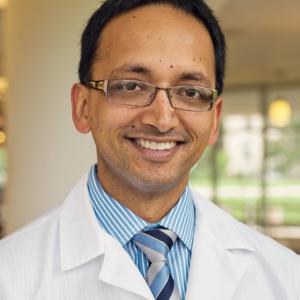