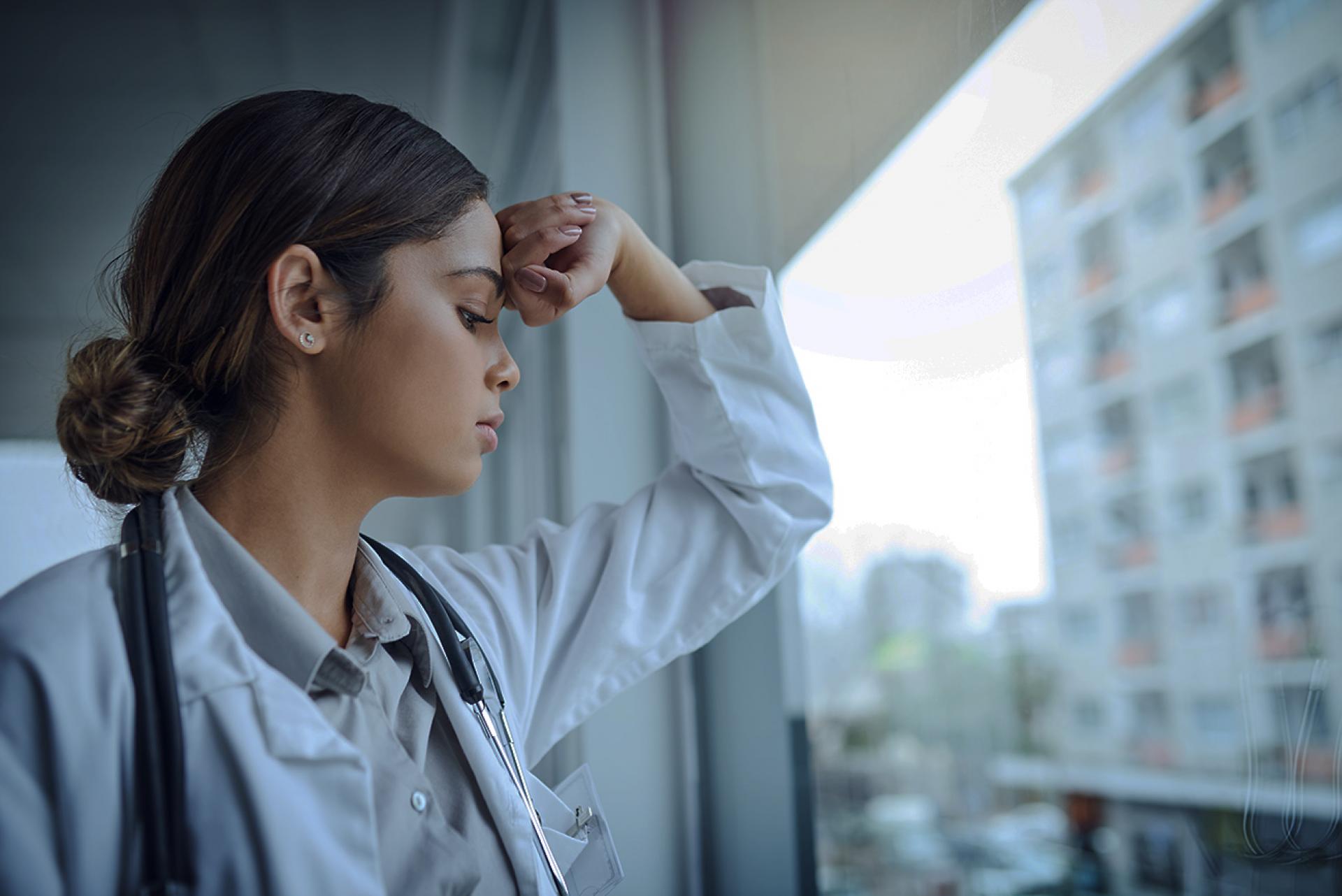 Chance of Depression in New Doctors Depends on Where They Train

Nearly 20,000 future doctors will graduate from U.S. medical school this spring, and embark on the residency training that launches their careers. Right now, they’re choosing which hospitals and health systems they’d most like to train at.

But a new study suggests that their mental health in the crucial first year of training – called internship – may depend a lot on the nature of the program they enter.

Writing in the journal Academic Medicine, a team from the University of Michigan and Medical University of South Carolina report that medical interns were more likely to suffer from depression at certain programs compared with others.

The researchers documented the effect across several years’ worth of year-long surveys of 1,276 interns in 54 programs across the country, who were taking part in the larger effort known as the Intern Health Study.

Internal medicine residency programs whose trainees reported the longest working hours, the least helpful feedback from faculty, and the least-valuable inpatient training rotation experiences had the highest rates of depression symptoms among their trainees. So do programs that produced doctors who tended to go on to research-focused careers, as ranked by Doximity.

Depression symptoms rose across the intern years, as measured on a standard survey that each intern took before their intern year began, and four times during the year. A composite ‘depression score’ rose on average from 2.3 to 5.9.

That’s expected. The stress and demands of intern year have previously been shown to be associated with depression, in years of work led by Srijan Sen, M.D., Ph.D., the senior author of the new paper and leader of the Intern Health Study. Depression among medical students, residents and practicing physicians has been shown to be associated with career burnout, medical errors, lower quality care, motor vehicle crashes and suicidal thoughts.

But the new paper drills down to see what factors that interns reported about their experience in a specific program, and publicly available factors about the programs, mattered most.

“While most of the focus on resident depression has been on the individual resident, in this paper we show that institutions and residency programs play a critical role,” says Sen, the Eisenberg Professor of Depression and Neurosciences at U-M and member of the U-M Depression Center, the U-M Institute for Healthcare Policy and Innovation and the U-M Molecular and Behavioral Neuroscience Institute. “Some programs have consistently high rates of depression year after year, while others have consistently low depression. We also find four factors that explain much of the difference between programs.”

Sen and his colleagues, led by U-M Department of Psychiatry researcher Karina Pereira-Lima, M.Sc., looked at which factors predicted the largest rises in depression scores, and the highest percentage of interns whose scores were above 10, meaning that they met the criteria for having major depression. At least five, and as many as 101, interns from each program participated.

Even when the researchers accounted for factors about the interns themselves that might have made them more prone to depression – such as a history of past depression, childhood stress, a tendency toward neurotic behavior and female gender – the four residency program factors still stood out as making a difference in their likelihood to develop depressive symptoms during their intern year.

In all, the four factors accounted for nearly half of the variation among internship programs in the change in depression symptoms experienced by all the participating interns. Poor timeliness and appropriateness of faculty feedback stood out as the most important factor, suggesting that efforts to improve the teaching skills of the physicians who supervise and mentor interns could affect interns’ mental health.

The impact of the research ranking of a residency program was noteworthy and suggests that some of our most prestigious institutions could most benefit from reform, says Sen. Doximity’s rankings are based on the quantity of research papers published by alumni of a particular program, and the number of research grants won by those alumni.

The researchers found no differences between the baseline depression-prone characteristics of interns who chose research-focused residency training sites.

Rather, they say, the research ranking may be a marker of residency program culture, and of the complexity of the patients that interns care for at research-intensive institutions compared with hospitals that don’t train as many future researchers. More study is needed, they say.

“These findings suggest that the residency program environment plays a central role in the mental health of medical interns,” says Pereira-Lima, who is also a doctoral candidate at the Ribeirão Preto Medical School of the University of São Paulo in Brazil. “These program-level factors can inform changes to residency programs that may reduce the risk of depression in resident physicians.”

Sen notes that the results of the study have been shared with groups interested in physician and trainee well-being. He and his colleagues are planning further research on residency program factors, beyond surveys and beyond internal medicine training. They’re also continuing to analyze genetic samples from thousands of participants in the study, to see if they can detect changes over time and relate them to changes in depression symptoms.

Meanwhile, more than 2,050 current interns are enrolled in the Intern Health Study for 2018-2019, using Fitbit activity trackers and a mood-tracking smartphone app to monitor their sleep, work hours and depression symptoms.

The team is beginning to recruit graduating medical students and others who will begin their intern year this summer at more than 80 sites across the U.S. and China in several types of residency programs. For more information visit https://www.srijan-sen-lab.com/intern-health-study

In addition to Pereira-Lima and Sen, the study’s authors are U-M medical student Rahael Gupta, who has written in JAMA of her own experience with depression, and Constance Guille, M.D., Ph.D. of MUSC, who has also led research on depression and medical trainees, including a study in JAMA Internal Medicine in 2017 that found that differences in depression symptoms between male and female interns was partly explained by differences in levels of work-family conflict between the genders.

The study was funded by the National Institute of Mental Health (MH101459, MH095109) which supports the Intern Health Study, and by the Sao Paulo Research Foundation.