Carrots plus sticks: What works to reduce low-value care

Unnecessary vitamin D testing dropped dramatically in Canada after payment stopped, but Choosing Wisely guidelines also had an impact in both U.S. and Canada.

The old story of a farmer trying to get a stubborn mule to pull a wagon by dangling a carrot in front of its nose, or hitting its rump with a stick, may not seem to have much to do with the practice of medicine.

But a new study suggests that when it comes to making the best use of health care dollars, it will take a combination of carrots and sticks to move things forward.

The study looks at the effects of two initiatives that aimed to reduce the use of two blood tests that experts consider “low value” for most patients: Routine vitamin D tests, and an unnecessary thyroid test for tracking thyroid hormone levels.

After an organization that advises the health care system in Ontario, Canada reported in 2010 that population-based Vitamin D screening does not improve outcomes, the province’s health plan for all residents declared it wouldn’t pay for low-value vitamin D tests.

Soon after, the rate of testing dropped nearly 93 percent, the study shows. Patients who had a condition or medication that might lower their vitamin D levels could still get tested.

But in the U.S., where no such payment change took place, 2.6 million unnecessary vitamin D screening tests happened in just one year, according to the researchers from the University of Michigan, University of Toronto and VA Ann Arbor Healthcare System who published the new findings in JAMA Internal Medicine.

A few years later, as part of an education campaign called Choosing Wisely, physician professional societies issued recommendations on when not to use Vitamin D and T3 testing.  And while use of the test in Ontario dropped an additional 4.5%, the use in U.S. patients covered by Veterans Health benefits or commercial insurance dropped about 14%.

“Our study found small reductions in the use of unnecessary vitamin D screenings in response to recommendations from the Choosing Wisely campaign, but much greater reductions in Ontario when recommendations were complemented by policy change,” says Eve Kerr, M.D., M.P.H., senior author of the new paper and a professor in the U-M Department of Internal Medicine. “The biggest lesson is that while recommendations alone can work to reduce low value care, recommendations have greater impact when they are reinforced by changes to policy and practice.”

Kerr heads a program at the U-M Institute for Healthcare Policy and Innovation called the Michigan Program on Value Enhancement, or MPrOVE. She and her colleagues used the same Choosing Wisely guideline to build an alert for clinicians who had ordered a vitamin D test of low potential value into the electronic health record at Michigan Medicine, U-M’s academic medical center.

In 2018, they reported that this guideline-based “carrot” had led to a positive and sustained change in orders for low-value vitamin D tests.

James Henderson, Ph.D., the first author of the new paper, assistant director of MPrOVE and a data science consultant at U-M’s Consulting for Statistics, Computing and Analytics Research unit, notes that the new paper’s findings show that Choosing Wisely recommendations for T3 testing did not appear to have had the desired impact.

T3 testing, which is no longer recommended for patients with known thyroid issues because a test called TSH is more accurate, did not decline in either the U.S. or Canada after Choosing Wisely guidelines were issued. In fact, in the study population of U.S. patients with private insurance, the rate of testing actually went up slightly.

Kerr, Henderson and their colleagues from IHPI and the VA Center for Clinical Management Research note that policy decisions for low-value care – including payment changes – must be made with care, to avoid problems with access to that type of care for patients who could benefit.

“Payment policies are not the only effective means for reducing low-value care,” says Kerr. “Indeed, sometimes restricting payment may be too blunt an approach and could lead to underuse.”

She adds, “Other effective policies that can be coupled with recommendations include population based education programs, communication approaches to help patients and physicians make more patient-centered decisions, decision support for doctors about low-value care, and most importantly, culture change initiatives that emphasize the responsibility of health care institutions, clinicians, and patients to provide and seek high-value, evidence-based care while avoiding low-value services.”

In addition to Kerr and Henderson, the study’s authors are; Rob Holleman, M.P.H. and Mandi L. Klamerus, M.P.H. of the VA CCMR, and Zachary Bouck, M.P.H., Cherry Chu, MSc; Robin Santiago, MSc and R. Sacha Bhatia, MD, MBA of the Institute for Health Systems Solutions and Virtual Care at Women’s College Hospital in Toronto, which is affiliated with the University of Toronto, where Bouck is a student and Bhatia is an associate professor of medicine. 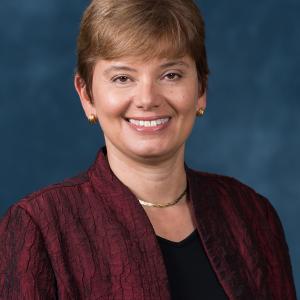