Findings from evaluation of Healthy Michigan Plan, and other U-M research, cited in front-page story 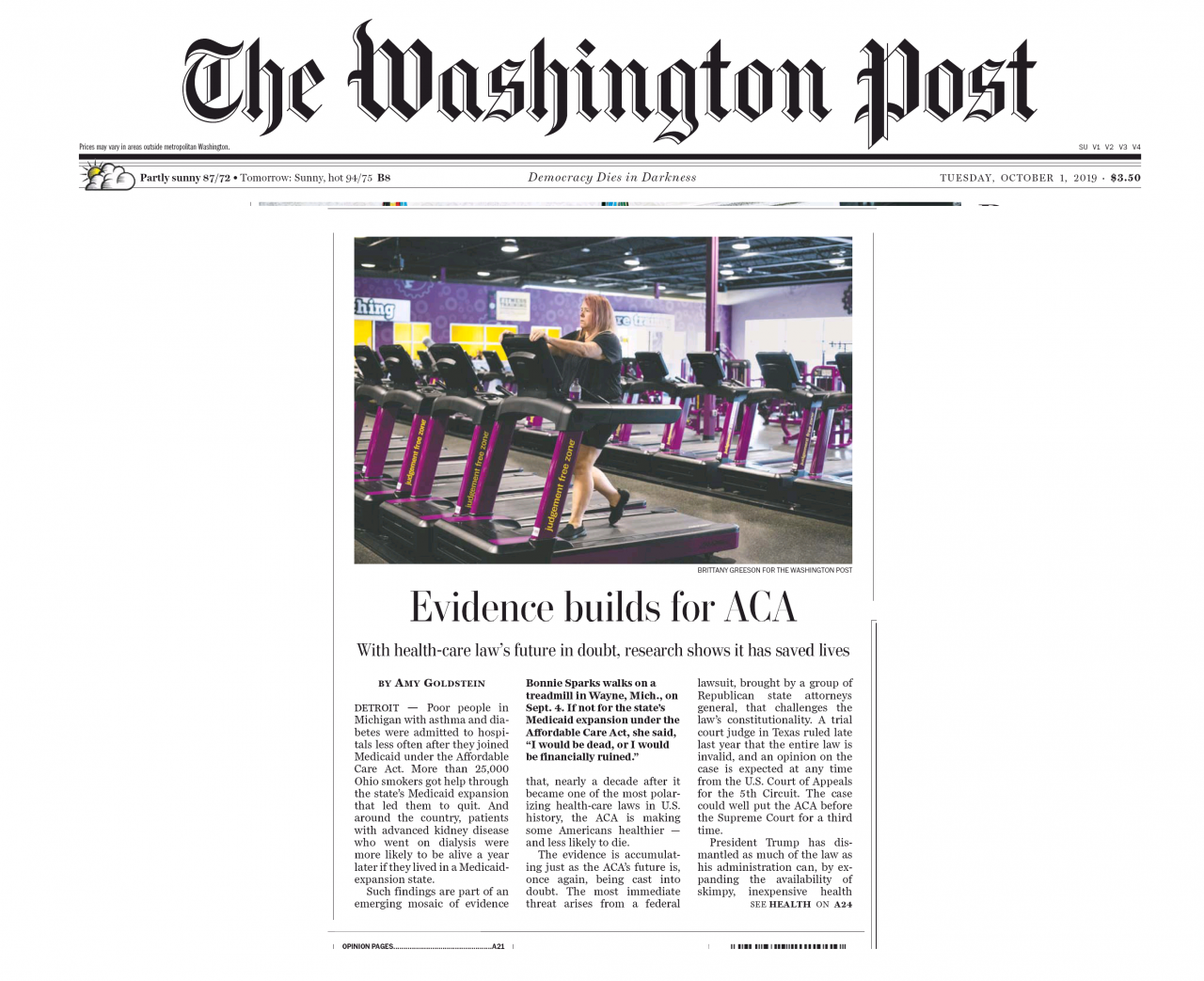 On Monday, Sept. 30, a major story in the Washington Post took a look at the evidence to date on the impact of the Affordable Care Act on the health of individuals - and shone the spotlight on a range of research published by IHPI teams.

The story, which appeared on the front page of the October 1 print edition of the paper and was shared widely on social media, included data from the following:

The Post article specifically looks at evidence regarding the impacts of the ACA on individuals. But IHPI researchers have published many other studies looking at the ACA's impacts since it became law in 2010, and the Healthy Michigan Plan evaluation has yielded many other insights into the effects of Medicaid expansion that could hold lessons for states that have recently expanded their own programs or have not yet done so.