It’s not every day that late-night television viewers ponder the fate of tiny babies born with heart defects. Or the chance that those babies will be able to get health insurance when they grow up. And it’s not every day that a YouTube video on that topic gets nearly 10 million views in five days.

But this week, both those unlikely events happened, thanks to Jimmy Kimmel’s passionate monologue about his newborn son’s life-threatening condition, tetralogy of Fallot, and his successful open-heart operation.

Kimmel recently used his opening monologue to call attention to two issues on the front burner in Washington, D.C.: health insurance policy, especially related to coverage for pre-existing conditions in efforts to replace the Affordable Care Act, and federal funding for medical research.

For doctors who treat babies like Kimmel’s, the wave of attention for these issues is welcome. But there’s even more, they say, that needs to happen on the national front to help children with congenital heart disease – and the adults that they become. And a lot of those things could also help other children and adults with major medical issues. With a replacement package for the Affordable Care Act now working its way through Congress, the future for these children may hinge on what happens in the next few days or weeks.

“In the form that passed the House, this legislation would only add to the many challenges already faced by families of children with congenital heart disease and the community of health providers who care for them” says Sara Pasquali, M.D., M.H.S., who specializes in treating such patients and conducting research to improve their care. “We should be discussing policies to improve care and outcomes for these children, rather than adding additional hurdles to their care.”

Pasquali is the Co-Director of the Michigan Congenital Heart Outcomes Research and Discovery (M-CHORD) Program at U-M’s C.S. Mott Children’s Hospital, one of the nation’s top congenital heart centers, where she’s the Janette Ferrantino Professor of Pediatrics.

Congenital heart defects are the most common birth defect, impacting nearly 1 in every 100 births.  Approximately 40,000 congenital heart operations are performed each year in the US and it is estimated that there are now up to 3 million individuals with congenital heart disease living in the U.S.

Pasquali lays out some of the key health policy issues that affect children like Jimmy Kimmel’s son:

One of the main issue Kimmel raised was whether insurance companies should be allowed to return to the practice of charging people more for their insurance if they’ve already been diagnosed with a health condition (a “pre-existing condition”). The bill passed by the U.S. House on Thursday allows for states to open the door for that to happen. It also creates a pool of money for states to share, which could aid them in providing coverage for sick individuals who can’t afford it on their own. However, it’s not known if this will be enough.

These issues have a direct impact on children born with heart defects -- and other congenital problems -- because they have a pre-existing condition from the time of birth. Although there are some federal protections that would remain in place regarding coverage for sick newborns, it could open the door for insurers to charge parents more if the family switched insurance or did not have it to begin with.

Research conducted at the U-M Congenital Heart Center has also shown that the type of coverage, or lack thereof, can also influence access to other important services for these patients, such as neurodevelopmental screenings. “This is critical as we know that many of these children can be impacted by developmental and cognitive issues later in life,” says Pasquali.

Finally, since most children with congenital heart disease now survive into adulthood, these coverage issues and cost of insurance related to pre-existing conditions can impact congenital heart disease survivors at a critical time when they are of age to obtain their own insurance and transitioning from pediatric to what is known as “adult congenital” care.  Gaps in medical care during this time are common, and changing or losing insurance coverage has been identified as an important factor, said Pasquali.

About half of all children with congenital heart disease are covered by Medicaid. The bill that just passed would dramatically reduce the amount of Medicaid funding states receive from the federal government, for covering all people eligible for the program due to income or disability. There is concern that this would significantly impact the insurance coverage of children with heart disease and other serious illnesses, and affect the types of services provided to them.

Yearly and lifetime limits on coverage for those who have insurance through their parents’ employers is also an important issue for this population. Some children, particularly those who are critically ill and have complex disease, may reach their lifetime cap with in the first few years of life. The bill as passed would allow the insurance companies that cover workers at large companies to put caps back in place; they are not allowed under the Affordable Care Act.

As Kimmel discussed in his monologue, significant cuts to the National Institute of Health are being proposed by the current administration.  While the proposed cuts were not included in the temporary budget recently passed by Congress, they may be discussed again for the budget year that begins in October.

Several current studies supported by NIH funding are underway at the U-M Congenital Heart Center. U-M is one of 9 centers across the US that are members of the Pediatric Heart Network, which is funded by the National Heart, Lung, and Blood Institute arm of NIH. These centers collaborate together to conduct important research and answer questions that couldn’t be addressed at any one center alone, including the first ever randomized clinical trial conducted in the congenital heart surgery population. That trial, led by U-M heart surgeon and Co-Director of the Congenital Heart Center, Richard Ohye, M.D., evaluated different surgical techniques for patients undergoing the Norwood operation.

NIH and other federal funds also support ongoing studies involving the sharing of data across centers to identify and disseminate best practices for critically ill children in the cardiac ICU, studies supporting the creation of better metrics to define quality of congenital heart care, and studies of new medications and techniques to image the heart, all geared toward improving care in this population.  None of these studies would have been conducted without the support of NIH funding.

Differences in care and outcomes:

While overall outcomes have improved dramatically over the past 3 decades for the 40,000 children each year who undergo congenital heart surgery across the U.S., work by Pasquali and others has highlighted that further efforts are needed to improve the system of care delivery and reduce disparities to ensure that all children have access to excellent care.

In the U.S., congenital heart care is currently decentralized across more than 125 hospitals, many of which may only perform a few of each kind of heart operation each year.

For example, nearly two-thirds perform fewer than 10 Norwood operations (a complex operation for children born with only one functioning heart ventricle) a year, or on average less than one a month. Outcomes across these centers are highly variable – at some centers, 90 percent of children survive, while at others only 60 percent do. What this means is that two children with the same heart disease and risk factors may have very different outcomes depending on the hospital they are treated at, said Pasquali.

Multiple efforts are underway to promote and evaluate the success of efforts aimed at addressing these issues.  While hospitals aren’t currently required to report their congenital heart outcomes to the public, several states and the Society of Thoracic Surgeons recently began voluntary reporting programs.

Patient and parent advocacy groups such as the Pediatric Congenital Heart Association, and teams of researchers including Pasquali and colleagues, are currently working on efforts to enhance public reporting initiatives by making data more readily available and transparent to patients and families, and developing better ways to assess quality.

Additional efforts have focused on collaborative quality improvement initiatives which involve congenital heart programs collecting and sharing data to better understand and implement best practices. These initiatives have been shown to be effective in reducing variation and improving outcomes across participating sites.

U-M pediatric cardiologist Michael Gaies, M.D., M.P.H., M.S., currently leads one of the largest collaboratives in the field, the Pediatric Cardiac Critical Care Consortium (PC4). In other countries, governments have required regionalization of congenital heart care to send patients to “centers of excellence” at the hospitals with the best outcomes.

This has not been pursued to date by U.S. healthcare policy makers although “voluntary” regionalization or collaboration among centers has begun to occur in some regions of the country. Policies supporting more regionalized and specialized care, particularly for patients with high complexity heart disease, should be further explored according to Pasquali.  “While public reporting and collaborative quality improvement initiatives are important, not all hospitals participate or may have the necessary resources to implement changes in care,” she notes.

As the debate in Washington continues, Pasquali expects patients and parents, and the many existing congenital heart disease advocacy groups, to continue to raise awareness and advocate for the needs of children and families impacted by congenital heart disease. She also notes the importance of researchers, physicians, and other health professionals to participate in these efforts and share their experiences and findings with elected officials.

Taken together, these efforts can build a better future for children such as Kimmel’s. 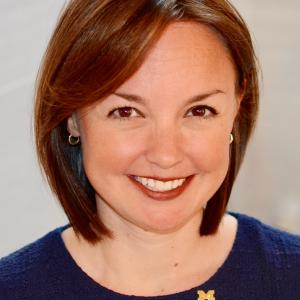 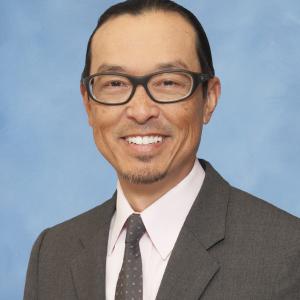 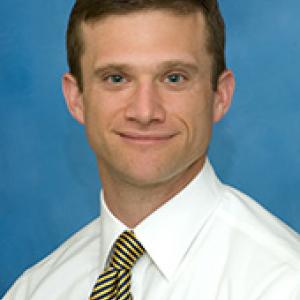