ANN ARBOR, Mich. -- They’re in the country illegally. Or maybe they had protected status before, but lost it due to policy changes by the current presidential administration.

Or they’re waiting for word from Congress or the courts on whether they’ll get to stay.

Whatever their situation under the law, the 11.3 million undocumented immigrants currently in the United States still need, and sometimes get, health care.

Even if they don’t have health insurance, federal law requires hospitals to care for them in emergencies. They can turn to safety-net clinics for basic needs.

Now, a new analysis highlights an ironic development in the intertwined issues of immigration and health care – two areas where the current and previous administrations differ greatly.

Undocumented people in certain states may get more medical help while they are here, it finds, thanks to the current administration’s effort to give states more flexibility with their health care spending. And in a reversal of the previous administration’s stance, states may find it easier to get that permission.

In a new article in the New England Journal of Medicine, two members of the University of Michigan Institute for Healthcare Policy and Innovation unpack recent events, political philosophies and medical evidence about caring for the undocumented.

They conclude that more states may want to apply for permission to use state and federal dollars to pay safety-net hospitals that care for everyone – whether or not they are here legally.

Such permission, which requires the government to approve an application called a waiver, has already gone into effect in Florida and Texas.

As two of the states with the highest numbers of undocumented immigrants living in their borders, they’ve seen the amount of money they can award to safety-net hospitals rise by 50 percent to 70 percent.

“Ironically, the same administration that is targeting undocumented immigrants with one set of policies may be helping them get care by preserving hospitals' abilities to serve them with other policies,” says A. Taylor Kelley, M.D., M.P.H., who led the analysis.

Kelley says their example may bode well for other states that, like Florida and Texas, didn’t choose to expand Medicaid under the ACA.

“The United States has one of the highest rates of uninsured people in the world among developed countries, and the Affordable Care Act was designed to increase health insurance options for men, women and children across the country. But undocumented immigrants were excluded,” so they can’t enroll in Medicare or Medicaid, or buy a plan on the ACA marketplace, explains Kelley, who is a clinical lecturer in general internal medicine at the U-M Medical School and a National Clinician Scholar at IHPI.

“Undocumented immigrants rely on safety-net institutions that deliver care for people, with insurance or without insurance,” he explains. “Safety net hospitals are also major employers and economic drivers in their communities. And so to keep their doors open, states can seek federal permission to increase the funding they get. And generally, the current administration has been very receptive.”

States didn’t get a warm welcome from the Obama administration for such waivers, because that administration’s priority was encouraging states to expand Medicaid coverage to all low-income adults – or at least those who had legal status. In fact, the previous administration said it would take away existing funding for safety-net hospitals in states that didn’t expand Medicaid.

Florida actually decided to redirect some of its own funds to help its hospitals, rather than expand Medicaid, when its waiver was ended by the Obama administration.

A door closes, a door opens

But with the change in administrations, Kelley and co-author Renuka Tipirneni, M.D., M.Sc., write, the states that didn’t expand Medicaid and have high numbers of undocumented residents may find it easier.

States along the Mexican border, for instance, may want to seek a waiver – or apply to take part in a program that incentivizes new care delivery models for poor patients.

As for the states that did expand Medicaid, only time will tell if the government will also approve waivers to further ease the financial burden on safety net hospitals and clinics there.

A recent IHPI report about Michigan’s Medicaid expansion finds that while hospitals saw their uncompensated care drop by an average of 50 percent in the first year after expansion, the level has stayed flat since that time.

So hospitals are still absorbing the cost of caring for many people who can’t pay their medical bills, whether it’s because they have no insurance or they can’t afford the part of their bill that their insurance expects them to pay. Around half of the undocumented immigrants in the U.S. lack insurance of any kind, according to estimates.

“The major question when talking about state flexibility is, where are the limits? And how much are we going to honor states’ rights?” says Kelley. “Both Medicaid expansion and support for the safety net are programs where states are now being given the autonomy to act as they feel best for the people within their borders. Will these approaches be honored by the administration as a state right?”

Spending up front, or later

At the same time, Kelley notes, the inpatient hospitals that have historically received the waiver funds are more and more likely to be part of new network-based models of care, such as accountable care organizations, which makes it easier for them to offer integrated care for those who come through the doors of their emergency rooms.

That may mean it’s easier to care for undocumented immigrants in a preventive or early-stage way, rather than waiting for an emergency.

In addition, Congress recently extended funding for federally qualified health centers that provide care to underserved patients outside of the hospital.

Such care can actually save money, according to research cited in the new piece. For instance, one study showed that states can save money by covering dialysis care for undocumented immigrants whose kidneys are failing, rather than waiting to provide the legally required emergency dialysis when they are in crisis. Illinois has even gone so far as to cover kidney transplants for undocumented people, because of the potential long-term cost savings.

Other research shows that expansion of individual insurance coverage provides better outcomes and use of resources than insurance for some and no insurance for others who must turn to safety net care, says Kelley. But the political philosophies and policy stances of current leadership don’t make expanded coverage likely right now.

“We've come out of eight years of one way of thinking, now we're in a new way of thinking,” says Kelley. “And it's a new shift for states if they're going to cover the people they need to cover and help institutions out, then they have to shift their focus and their thinking.”

“Some might ask, what does care for the undocumented have to do with me as an American citizen. And the reality is that, because we provide care to anyone who stands in need of a health emergency, we all pay for everyone’s healthcare sooner or later,” he says. “When we provide access to care for undocumented immigrants, it's not necessarily going to be a cost burden every time. In some ways, it may be beneficial to us in both indirect ways and even in direct ways.” 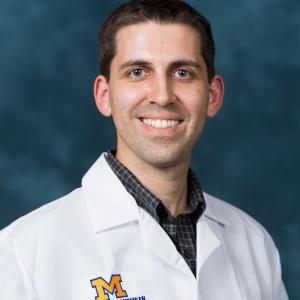