For women over 30, there may be a better choice than the pap smear

For most women under 65, a visit to the gynecologist often includes an unpleasant necessity: a Pap smear to check for cervical cancer risk.

The test involves letting a doctor or nurse scrape cells from the back of the cervix, which are visually inspected for signs of abnormality.

There's another way to screen for cervical cancer risk, by directly testing for the human papillomavirus, or HPV, which causes 99 percent of cervical cancer. A study published in JAMA Tuesday suggests that method might be preferable for women age 30 and over.

The FDA in 2014 approved the first HPV test, which tests cervical cells for the presence of HPV.

HPV testing also can be done on samples of vaginal and cervical secretions that clinicians or women themselves gather with a swab — a less invasive process than the Pap. That process was shown to be accurate in multiple studies but is not yet used in clinical practice in the U.S.

The new study, called the HPV FOCAL trial, compared the HPV test with traditional Pap smear screening among 19,000 Canadian women over four years. It adds to a body of research suggesting that HPV testing might be more accurate.

"In our world this study is going to be a pretty big deal, in a good way," says Dr. Kathleen Schmeler, a gynecologic oncologist at the University of Texas MD Anderson Cancer Center.

Schmeler says that in the U.S., it has been hard to justify replacing the Pap smear with the HPV test because there has not been a head-to-head comparison until now.

The issue is not resolved. Some are still skeptical of relying on HPV testing alone, and co-testing, or using both the HPV test and a Pap smear, is still the standard.

Even if guidelines do change for women over 30, the Pap smear is still important for women ages 21-29. They can't rely on HPV testing, Schmeler says, because almost everyone in that age group will contract HPV, and in many cases it goes away on its own. If the virus persists until their 30s, that's where problems come in.

"If you tested everyone for HPV in their 20s, they are almost all going to be positive, but there's going to be all of this intervention that's not needed," she says.

Moving away from co-testing may not be a good idea, says Mark Spitzer, an OB-GYN and past president of American Society for Colposcopy and Cervical Pathology. He wrote in an email that this new study actually shows the small but significant benefit of co-testing. He cites the small group of women who had abnormal cells discovered through a Pap smear at the end of the study period.

"In the U.S., co-testing is currently the recommended gold standard, and neither doctors nor their patients should be willing to give up the added benefit you get from screening with a Pap test and HPV test together," he says.

Dr. Diane Harper, a professor of medicine who researches HPV at the University of Michigan, argues that the study was "extraordinarily well done" and moving away from co-testing could result in a decrease of false positives.

"The whole reason for [co-testing] is that you get a slight improvement in sensitivity," Harper says. "But your false positive rate blows up. It's up to 30 percent of people [who] are falsely positive."

Women who have a positive Pap smear generally get a colposcopy, which is an even closer examination of the cervix, vagina and vulva for signs of disease.

A false positive could mean going through a biopsy during a colposcopy. Biopsies come with risks like bleeding, infection and pelvic pain, according to the Mayo Clinic. Harper says false positives bring unnecessary costs and fears to patients. 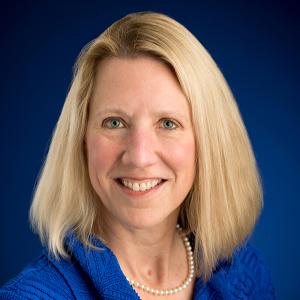