Women fare worse than men after a stroke

Women tend to have a tougher time recovering from a stroke than men do, though the reasons aren't completely clear, researchers say.

On average, female stroke survivors reported more limitations in their day-to-day activities than male survivors did, according to a review of 22 studies. Female survivors also were more likely to develop depression after their stroke and rate their health-related quality of life as low.

As for why, the researchers point to some possible explanations. Women tend to be older and in poorer health when they suffer a stroke, compared with men. Also, strokes in women are typically more severe.

But those differences only partly explained the findings, said senior researcher Lynda Lisabeth.

"There are other things going on here that we just don't understand yet," said Lisabeth, IHPI member and professor at U-M's School of Public Health, in Ann Arbor.

One possibility, she said, is that "social factors" are at work. Compared with men, women who have a stroke are more likely to live alone and be otherwise socially isolated.

When they have a stroke, there may be no one around to recognize it and call 911, Lisabeth said. After the stroke, they may lack help at home, or someone to get them to doctor appointments and rehabilitation therapy sessions.

Beyond that, elderly women may be worse off financially than elderly men, the researchers suggested. From studies so far, though, it's not clear whether that plays a role in women's poorer stroke recovery.

If social isolation, for example, is part of the problem, there could be ways to change that, she said. For instance, technology could be used to connect stroke survivors with health professionals or other women going through the same thing.

Dr. Marc Fisher is a neurologist and editor of the journal Stroke, which published the findings online Thursday.

Fisher said the results bring to light some important issues -- including the fact that women may be particularly vulnerable to depression after a stroke. Across the studies, women were up to three times more likely to suffer depression than men were.

That's a fact that might get lost in everything else that's happening during post-stroke care -- where the main focus is to prevent a second stroke, Fisher said.

He suggested that stroke survivors with depression symptoms bring it up to their family and their doctor.

Lisabeth agreed, noting that depression could hinder patients' recovery from the stroke itself.

Ideally, strokes would be prevented in the first place, she said. That makes it important for women (and men) to get any risk factors for stroke under the best control possible. Those include high blood pressure, diabetes and the irregular heartbeat known as atrial fibrillation.

A healthy diet, regular exercise and not smoking are critical, too, according to the American Stroke Association.

Fisher said, "You also need to be aware of the signs of stroke and have a plan in place for what to do."

He pointed to the stroke association's "FAST" acronym as a way for people to remember the stroke warning signs. The first three letters refer to facial drooping, arm weakness and speech difficulty; if a person has any of those symptoms, the advice is to call 911 and say, "I think it's a stroke."

Quick treatment -- represented by the last letter -- is vital, Lisabeth explained, because it may minimize brain damage from the stroke and, therefore, the long-term effects.

If a blood clot has caused the stroke, a drug called tPA can dissolve the clot, she noted. It needs to be given within a few hours of the initial symptoms.

"Knowing the signs and symptoms of stroke, and calling 911 when they arise, can improve patients' outcomes across the board," Lisabeth said. 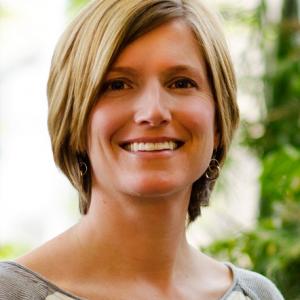