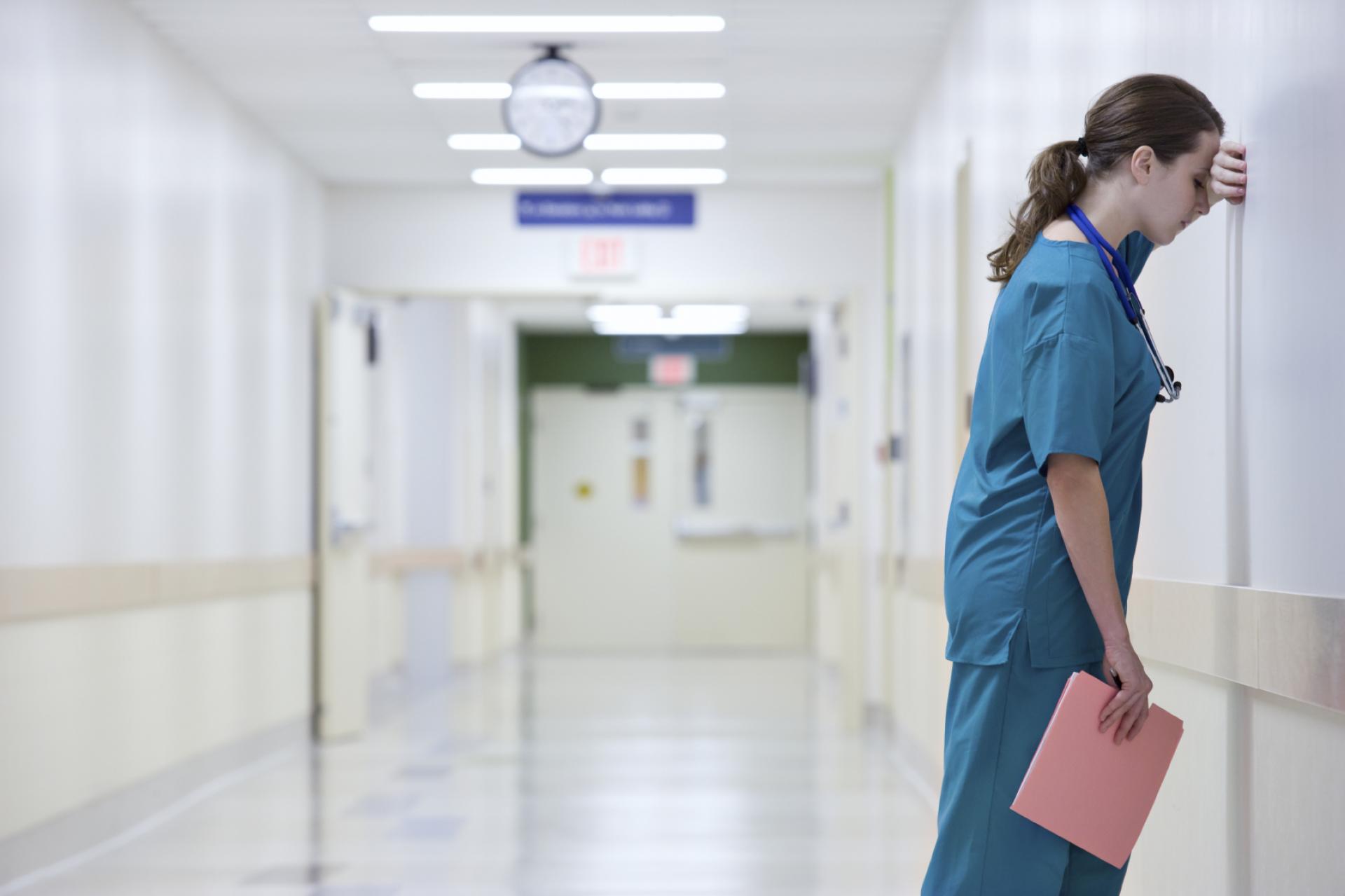 Who will get depressed under intense stress? Study shows promise of genetic risk prediction

Depression doesn’t come from one gene, one life event, or one personality trait. That’s what makes it so hard to predict, prevent or treat effectively.

But new research suggests the power of a tool that uses a range of genetic information to predict a person’s chance of developing depression when they’re under intense stress. The findings might help lead to a better understanding of the pathways that lead to depression.

While the tool is far from ready for common use on individuals, it does suggest the potential to personalize depression prevention, and identification of those who might be most vulnerable to stress or most resilient.

The study was done in a population of more than 5,200 people in the most stressful year of training for a medical career, called the intern year of residency. It’s described in a new paper in Nature Human Behaviour by a team from the University of Michigan.

A score based on many genetic factors

The team used a genetic risk-assessment tool called polygenic risk score. They constructed a polygenic risk score for major depressive disorder, or MDD-PRS, from widely available consortium and biobank data on the known associations between a person’s risk of depression, and variations throughout a person’s genome.

While genetics and stress are known to play a role in depression risk and onset, the new research helps reveal the way these factors interact.

On the other hand, the group with the lowest MDD-PRS scores were far less likely to show signs of depression throughout their intern year, suggesting that the scoring system could be used to identify those most likely to be resilient despite intense stress.

Interns as a model of depression and stress

The research team tested the predictive power of MDD-PRS on young doctors taking part in the Intern Health Study, which is led by Srijan Sen, M.D., Ph.D., the senior author of the new paper and a member of IHPI. The Intern Health Study enrolls thousands of new physicians across the United States each year who agree to let the research team sample their DNA, and to answer surveys before they begin their intern year of medical training and several times during that intense year of long hours and high demands.

Sen and the study’s first author, U-M research specialist Yu Fang, combined data across millions of sites within the human genomes to construct the MDD-PRS, and looked to see how well a person’s “score” on this tool predicted with their scores on standard surveys of depressive symptoms. They also assessed whether the MDD-PRS worked through known mechanisms to depression, such personal and family history, childhood experience or general temperament.

The result: the MDD-PRS they developed accurately predicted the chance that certain interns would develop depression symptoms while under stress.

“Interestingly, we found evidence that the association between MDD-PRS and depression is stronger in the presence of stress and that the additional predictive power of MDD-PRS under stress is largely independent of known risk factors for depression.” says Sen, who holds the Eisenberg Professorship in Depression and Neurosciences at U-M and is part of the U-M Department of Psychiatry, the Molecular and Behavioral Neuroscience Institute and the Depression Center. “These findings further our understanding of how genomics and stress interact and suggest that further investigation of the genomics of stress response can uncover novel mechanisms that lead to depression.”

The major limitation of the new study has to do with the source of the genetic information it’s based on. Because most research on the genetics of depression has been done in people of European ancestry, the MDD-PRS tool used in the study is specific to people of that background.

In fact, the tool failed to predict depression symptoms among groups of interns of south Asian or east Asian background who were also taking part in the Intern Health Study.

Also, the group of interns in the study was young, with an average age of 27, and had already graduated medical school and been accepted into a residency training program, making them not representative of the general population.

Despite these limitations, this test of the MDD-PRS suggests its potential use.

"We are optimistic that these findings will be transferred to other ethnic groups with improving multi-ethnic analysis techniques and more data collected from these populations," says Fang. She also notes the predictive power of the MDD-PRS score to predict resilience is stronger than its ability to predict susceptibility. “We hope this will ease the worry that this tool might be misused to discriminate against at-risk individuals."

Sen’s previous work has shown the rise in depression symptoms over the course of the intern year, and the importance of the personality trait known as neuroticism as well as of an intern’s own history of stressful childhood events or traumas, and any past diagnosis of depression.

Under low-stress conditions before intern year started, most of the genomic risk captured by MDD-PRS worked through these three established risk factors.

“This suggests that as-yet-undiscovered factors accounted for the greater link between MDD-PRS and depression under the high stress conditions, suggesting a possible pathway to learning more about those undiscovered factors,” says Sen.
Margit Burmeister, Ph.D., a U-M professor of human genetics and psychiatry who is a co-author of the new paper, says, “The MDD-PRS may be useful to discover such still unknown environmental factors, for example by searching for resiliency behaviors in people who are at genetically high risk, but unexpectedly did not become depressed during their internship.” Burmeister is part of the U-M Molecular and Behavioral Neuroscience Institute, the Department of Computational Medicine & Bioinformatics and the Depression Center.

“The ability of better predict who is most at risk for depression could allow us to better target our powerful interventions to prevent depression,” Sen concludes. “Studying individuals with a genomic protection against depression under stress can help us understand resilience.”

In addition to Sen, Fang and Burmeister, the study’s authors include Laura Scott, Ph.D. and Peter Song, Ph.D. of the U-M School of Public Health. The study was funded by the National Institute of Mental Health (MH101459)