Trio of U-M papers looks at blood clot risks from PICC lines, and guides physicians on how to make the best vascular access choice for each patient

ANN ARBOR, Mich. — Every day, patients around the country get IV devices placed in their arms, to make it easier to receive medicines or have blood drawn over the course of days or weeks. But these PICC lines, as they’re called, also raise the risk of potentially dangerous blood clots.

Use of PICC lines has risen - but not without risks.
Now, a University of Michigan Medical School team has shown how serious that clot risk really is for hospitalized patients, and what factors put patients at highest risk.

They’ve also scoured the medical literature to put together two new guides for physicians that can help them decide which patients should receive a PICC or other, less-risky IV devices, and help them prevent and detect clots in patients with PICCs.

“These devices are very popular, but in an under-the-radar way, because they make care more convenient and can be placed relatively easily,” says Vineet Chopra, M.D., M.Sc., the corresponding author on all three new papers and a hospitalist at the U-M Health System. “But our new results, and review of research on the topic, show it’s important for physicians to think hard about both the risks and the benefits.”

Chopra and his colleagues at U-M and the VA Center for Clinical Management Research and Patient Safety Enhancement Program focus on the risk of deep vein thrombosis, or DVT. These blood clots can form in the arms of patients with PICC devices, causing pain, blocking the IV line and, most dangerous of all, potentially breaking off and traveling to the lungs.

Who’s most at risk?

In the new study of PICC-DVT, the researchers looked at records from 909 hospital patients who received PICCs at U-M in 2012 and 2013. In all, 268 patients developed a clot associated with their PICC, they report inThrombosis Research. Most of the clots developed in the first 10 days after the PICC went in.

The team found that the narrower the PICC line a patient received, the lower their risk of a DVT. Patients who were already taking aspirin and cholesterol-lowering drugs called statins before they got their PICC also had a lower risk. Patients who had any kind of surgery during their hospital stay, or had had any kind of deep clot in their medical history, were more likely to get a DVT associated with their PICC.

The results, says Chopra, suggest that doctors should use PICCs only when they really need them – and that they should tread carefully when considering PICCs for certain patients, monitor for clots, ensure patients continue taking aspirin and statins that they were already on, and take the PICC out before any operation.

Patients should feel empowered to ask what kind of IV device they’re getting, and what risks it carries, before one is placed, he says. Once a patient has a PICC, it’s important that they know what symptoms might indicate they have a clot – and to ask when the PICC can come out.

The name PICC stands for peripherally inserted central catheter. The IV device in the arm is a thin tube that is threaded through veins and ends near the heart. It can deliver chemotherapy, antibiotics or even liquid nutrition into the bloodstream, and makes it easy to take blood samples.

PICCs have grown in popularity in the last decade, as specially trained nurses and physicians have grown experienced at placing them, and patients and the entire medical team have grown to appreciate the chance to avoid repeated IV “pokes”. They’re used in both hospital inpatients and in outpatients such as cancer patients and those on long-term IV antibiotics or liquid nutrition.

“These are not innocuous devices. The time has come to stop thinking of them as a device of convenience, and rather one with clear risks and benefits.”  - Dr. Vineet Chopra

But the risk of DVTs, and the potentially lethal risk of a pulmonary embolism if the PICC clot breaks away, haven’t gotten the kind of attention that such a common device would warrant, Chopra says. And CLABSI prevention efforts have focused mainly on patients in intensive care units, while many people with PICCs are in general care areas or receive home-based intravenous drugs or nutrition.

Recently, the Society of General Internal Medicine warned doctors not to place PICCs simply for convenience, in its “Choosing Wisely” checklist. “These are not innocuous devices,” says Chopra. “The time has come to stop thinking of them as a device of convenience, and rather one with clear risks and benefits.”

When to pick a PICC?

Fortunately, physicians have many kinds of vascular access devices to choose from when they want to place an order for a patient to get one. And nurses should be prepared to discuss the risks and benefits of different kinds with their patients when the doctor is considering ordering one.

In a new paper in the Journal of Hospital Medicine, the U-M team lays out the options in an easy-to-use way, including a flow chart to aid decisions that they’ve based on a review of medical literature.

For instance, different devices will work best depending on whether access to the bloodstream is needed urgently or less urgently, whether the patient will likely need the device for more or less than a week, what kind of drug or nutrition the doctor will order, and whether the patient’s kidneys are functioning normally.

In another review of medical literature published in the American Journal of Medicine, Chopra and colleagues look at what’s known about DVT risk from PICCs, including diagnosis, treatment and prevention. They note that more research is needed on whether giving blood-thinning medicine such as heparin or warfarin could help prevent PICC-associated DVTs; in the new study the team published, such treatment had some effect but it wasn’t statistically significant.

An effort to reduce deep vein clots and ensure appropriate use of PICCs in hospitalized patients is now under way at 47 Michigan hospitals through the Michigan Hospital Medicine Safety Consortium. HMS, as it’s called, is a Collaborative Quality Initiative funded by Blue Cross Blue Shield of Michigan and Blue Care Network. The HMS Coordinating Center is housed at U-M and led by Scott Flanders, M.D., Chopra’s co-author on two of the three new papers.

Both Chopra and Flanders are members of the U-M Institute for Healthcare Policy and Innovation, and faculty in the U-M Division of General Medicine.

The initiative studies data from patients given PICCs at these hospitals, to look at risks, help hospitals reduce inappropriate use and improve outcomes. It has already spotted variations in care and will soon work towards addressing these. Eventually, Chopra hopes, a national PICC registry could do the same. 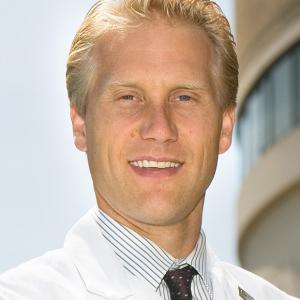 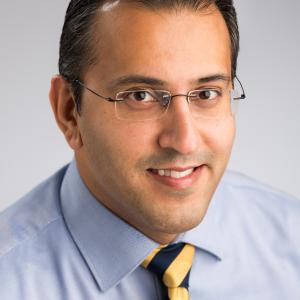