Naps during pregnancy may be linked with healthier birth weight

Pregnant women who nap regularly may reduce their baby’s risk of low birth weight, a study from China suggests.

“Low birth weight is one of the feared outcomes of pregnancy, and novel insight into risk factors is welcome,” said Dr. Ghada Bourjeily, a sleep researcher at Brown University’s Warren Alpert Medical School in Providence, Rhode Island, who wasn’t involved in the study.

“Sleep, its quality, and duration are emerging as risk factors for various perinatal complications,” Bourjeily said in an email.

Low birth weight, defined as less than 5.5 pounds (2500 grams), is associated with adverse health outcomes in childhood and adulthood, including respiratory illnesses, diabetes and hypertension. In the U.S., about 8 percent of babies have low birth weight, according to the Centers for Disease Control and Prevention.

Lulu Song of the Huazhong University of Science and Technology in Wuhan and colleagues analyzed information from more than 10,000 women who were participating in the 2012-2014 Healthy Baby Cohort study in China. The group included 442 women who had low birth weight babies, the authors reported in the journal Sleep Medicine.

Compared to mothers who reported no napping, women who took naps of roughly an hour to an hour and a half were about 29 percent less likely to have a baby with low birth weight.

The frequency of napping also seemed to play a role: women who napped on five to seven days per week were 22 percent less likely to have a baby with low birth weight.

Still, the findings add “another piece of the puzzle as to why we should be aware about sleep practices during pregnancy,” said IHPI member Dr. Louise O’Brien of the University of Michigan Sleep Disorders Center in Ann Arbor, Michigan, who wasn’t involved in the study.

O’Brien, who researches sleep disruption during pregnancy and perinatal outcomes, told Reuters Health by email, “Many sleep behaviors are modifiable, and if napping is a risk for poor outcomes, then we need to understand why that is.”

O’Brien said future studies should track actual sleep duration, rather than self-reported sleep, as well as the quality of sleep and sleep position.

Sleep disorders, such as obstructive sleep apnea, may restrict oxygen flow to the baby and cause cardiovascular problems for the mother later in life. 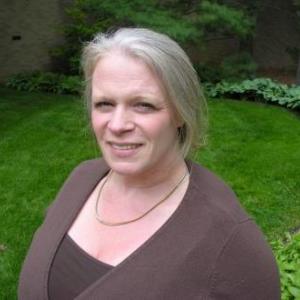 Louise O'Brien, Ph.D.
Sleep and outcomes for pregnancy and maternal and infant health
Share This Page
Found in
Reuters
©2022 The Regents of the University of Michigan | Disclaimer | Privacy Statement