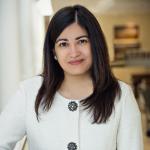 Reshma Jagsi is a radiation oncologist who applies social scientific methods to bring greater clarity to complex problems and ethical issues within medicine. Complementing a substantial body of work in the areas of cancer care and decision-making, bioethics, and health policy, Jagsi has made significant contributions toward promoting gender equity in medicine through her scholarship and leadership at the national level, by advancing evidence to support policy decision-making within this field.

Focusing on the academic medicine pipeline

Jagsi has been documenting and bringing to light gender disparities within medicine long before the advent of the current #metoo movement, which has only amplified the significance of her findings.

More than a decade ago, Jagsi published a seminal study in the New England Journal of Medicine that established, for the first time, the scarcity of women represented in senior authorship and editorial positions among prominent biomedical journals. 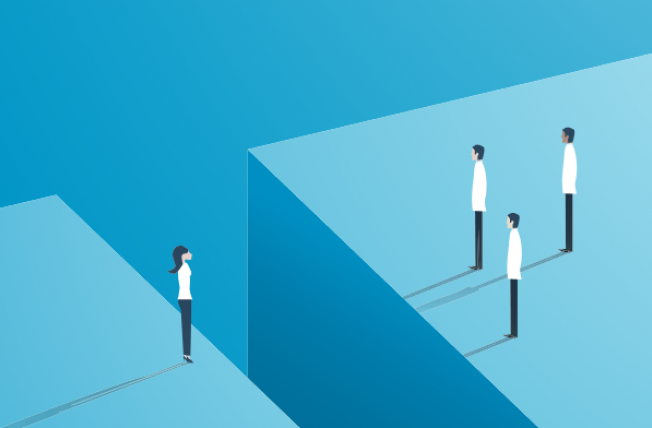 These findings prompted her to launch a broader line of inquiry into the academic career trajectories of NIH career development awardees, comparing whether men and women of similar commitment and ability achieved the same success in their fields (The short answer: no. Even highly apt and motivated female K-award recipients were less likely to obtain independent research funding and other measures of success, Jagsi found).

Her research used actuarial analysis—a first in this kind of evaluation of career outcomes—and her innovative approach has since been broadly adopted and used in subsequent reports by the National Institutes of Health and research by others in this area.

Since then, she has conducted more in-depth analyses on the issue of gender representation within academic medicine. This work has produced additional publications that have supported policy changes within various funding organizations and professional societies to better promote gender equity in research funding and career advancement, ranging from requirements for unconscious bias training to support for on-site childcare at meetings to ensure women’s ability to participate fully in the field.

Working to close the gender gap in medicine

It was through Jagsi’s initiative that the Doris Duke Charitable Foundation first established a unique bridge funding program across 10 U.S. medical schools to support the work of early career physician-researchers facing substantial caregiving challenges. She now serves as the lead evaluator of a national intervention that replicates the original program she described on a larger scale across the country, and which was implemented due to Jagsi’s efforts to educate funders about its importance in promoting gender equity and success in academic medicine.

Throughout her career, Jagsi has also collected some of the most updated, rigorous, and frequently cited data by the media, policymakers, and leaders of professional societies regarding the mechanisms underlying gender disparities in physician compensation, both in academic medicine and private practice, the dramatically higher burden of domestic responsibilities shouldered by female physicians as compared to their male counterparts, and the prevalence of sexual harassment and discrimination in medicine. 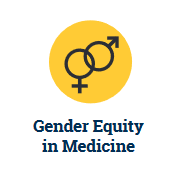 Her work has been featured in the New York Times, the Wall Street Journal, the Washington Post, network nightly news, and NPR, among others, as well as United Nations deliberations, Congressional hearings, and National Academies reports.

Within the context of the #metoo era, Jagsi's efforts have built an important foundation for the targeted development of interventions to promote greater gender equity in the field of medicine and beyond.

Jagsi has translated her research evidence into informed policy through her service in many national leadership roles, and by educating policymakers, the media, researchers, healthcare professionals, and others about issues facing women in medicine.

She has engaged significantly with the NIH and the Association of American Medical Colleges (AAMC) as a research policy leader, where her expertise and research evidence are considered essential in helping advance major policy and practice recommendations. The Lancet also recently included her as a member of its advisory group on women and medicine in science, whose call for papers on the topic generated more than 300 submissions. And she has been invited to address the National Academies this spring on this subject, as they embark on a broader investigation of gender equity.

She is frequently invited to present her practical, data-driven insights through talks and small-group discussions at academic medical institutions, universities, and professional specialty societies, which have had a direct impact on policy and practice around promoting gender equity within many of those bodies.

Through her rigorous research and engaged leadership, Jagsi has helped transform what was once a niche area of scholarly investigation into a mainstream policy issue reaching far beyond the medical field

Dr. Jagsi’s work has been enhanced by the contributions of many dozens of collaborators in medicine and the social sciences. She gratefully acknowledges the contributions of her original mentors in this area, Drs. Nancy Tarbell and Peter Ubel, her long-time research associate Rochelle DeCastro Jones, and her collaborating
biostatistician, Kent Griffith, whose ongoing contributions enrich the insights these efforts produce. Dr. Jagsi would also like to recognize her wonderful colleagues at the the Center for Bioethics and Social Sciences in Medicine (CBSSM), which she directs. She also takes great pleasure in mentoring many junior faculty who are taking this work to new levels.