Dr. Sanjay Saint’s research program focuses on enhancing patient safety by preventing healthcare-associated complications, with a special focus on reducing catheter-associated urinary tract infection (CAUTI), one of the most common and costly hospital infections in the world. In nearly two decades of research and dissemination activities, he and his colleagues at the University of Michigan and VA Ann Arbor have identified opportunities for preventing CAUTI, implemented effective intervention strategies, and translated this work into multiple practice settings. Dr. Saint’s pioneering work and leadership in reducing CAUTI have resulted in improved outcomes locally, nationally and internationally.

Urinary catheters are used in as many as one in five hospitalized patients. While these devices can provide beneficial and life-saving functions, every day a patient has a catheter increases the risk of both infectious and non-infectious complications. Dr. Saint’s team has found that many patients don’t need catheters in the first place, and that many of those who do could have them removed earlier.

Urinary tract infections represent up to one-third of all healthcare-associated infections, with the vast majority stemming from urinary catheters. More than 900,000 patients will develop CAUTI in a U.S. hospital each year. Yet if recommended infection-prevention practices are implemented, more than two-thirds of catheter-associated UTIs are considered avoidable. This has major implications for healthcare costs as well, since the Centers for Medicare and Medicaid Services does not reimburse hospitals for the extra expense of caring for patients who develop hospital-acquired CAUTI.

Although the risks associated with urinary catheters are well recognized among hospital staff, reducing unnecessary urinary catheter use can be challenging and resource intensive. Strategies to improve safety culture may need to vary not only from hospital to hospital, but potentially from unit to unit.

An ounce of prevention saves a "bundle" of cure

"The biggest issue I saw when I began my career is still the most important one – routinely providing care to patients that represents the best scientific evidence. As science continues to advance, our goal remains to treat each patient the way we would treat a family member." -- Sanjay Saint

A hospitalist by training, Dr. Saint discovered early on in his career that preventing infections due to urinary catheters represented an important hole in the evidence base, and devoted his research efforts toward filling this gap. Beginning in the late 1990s, Dr. Saint’s team was the first to find that physicians are often unaware of which patients have urinary catheters, to demonstrate that reminders can limit urinary catheterization, and to conduct a randomized trial comparing indwelling and condom catheters.

This work reinforced the need for a multi-pronged intervention to decrease the use of urinary catheters and increase the use of best practices for infection control, known as the “Bladder Bundle.” These strategies focus on preventing CAUTI by optimizing the use of urinary catheters, with a specific emphasis on continual assessment and catheter removal as soon as possible, especially for patients without a clear indication. The program focuses on both the technical aspects needed for CAUTI prevention, as well as the role that behavior and culture changes play in quality improvement.

In 2005, in collaboration with the Michigan Health and Hospital Association (MHA), Dr. Saint and his team began implementing the Bladder Bundle initiative in most hospitals in Michigan. Using a mixed-methods evaluation of the diffusion, adoption, and implementation of CAUTI prevention practices, Dr. Saint’s team found that the intervention resulted in a 25 percent decrease in CAUTI throughout the state, compared to a 6 percent decrease nationwide.

The recognized success of the Bladder Bundle led to a nationwide effort to reduce CAUTI, funded through the Agency for Healthcare Research and Quality (AHRQ) and the Health Research and Education Trust, with Dr. Saint serving as academic lead on the effort. Modeled after the MHA program, this initiative worked with 926 units (intensive care units [ICUs] and non-ICUs) in 603 hospitals across the country to implement evidence-based CAUTI reduction practices. Results published in a June 2016 New England Journal of Medicine article demonstrated that the intervention reduced catheter use and CAUTI in medical-surgical units by 32 percent. Dr. Saint’s team has projects supported by the CDC and AHRQ focused on adapting the intervention to help reduce CAUTI rates and catheter use in ICUs as well as hospitals where CAUTI rates generally remain persistently high.

These efforts have produced a toolkit for hospitals to apply comprehensive, sustainable CAUTI-prevention measures within their own units, and the intervention has now spread to nearly 1,000 hospitals, or one in five in the country. 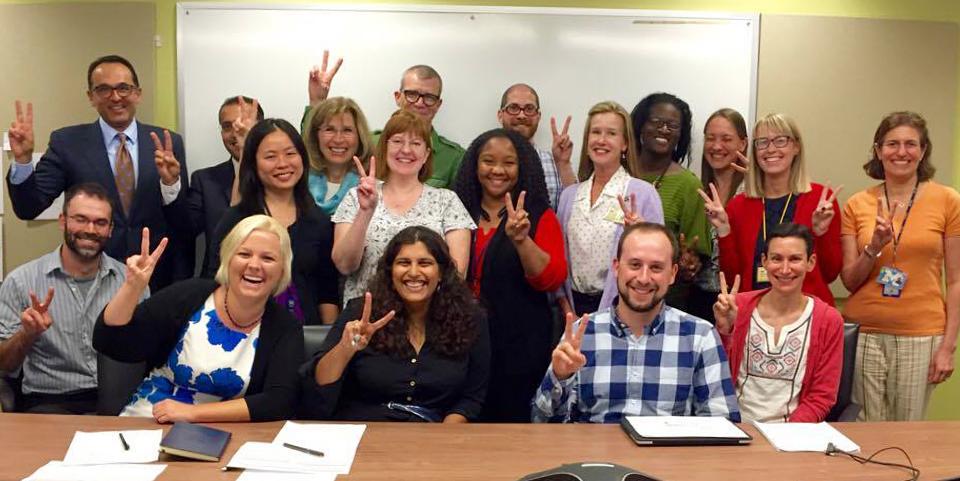 Within the VA, Dr. Saint and team have led similar research and translation efforts, including a series of projects that began locally at the VA Ann Arbor Healthcare System (including a nurse-focused intervention that achieved a 39-percent improvement in CAUTI rates over three years) and then spread regionally and nationally across the VA. This includes the implementation and evaluation of a “No Preventable Harms” campaign for a large local VA region, which promotes initiatives that emphasize preventing common patient risks to Veterans, such as hospital infection. Data from the evaluation of the first initiative, focused on reducing CAUTI, show that intervention achieved a significant reduction in CAUTI rates for non-intensive care units across the seven-hospital network.

More recently, Dr. Saint has focused on international research and dissemination both for CAUTI prevention and other areas of patient safety.  He is working with WHO on implementing and developing a worldwide CAUTI prevention initiative modeled after the Bladder Bundle program in the U.S. His team is also building on the results of a pilot study to assess the appropriateness of catheter use in ICUs in Japan.

Dr. Saint also serves on the leadership teams of a number of federally funded projects aimed at reducing CAUTI in the ICU and long-term care settings, promoting the appropriate use of catheters in hospitalized Veterans, and assessing the non-infectious harms that may come from medical devices. Dr. Saint also serves as principal investigator of the AHRQ-funded University of Michigan Patient Safety Learning Laboratory ("M-Safety Lab"), which brings together investigators across diverse disciplines to implement novel methods for enhancing cognition and communication among healthcare providers. The ultimate goal is to reduce hospital-acquired complications and improve medical decision-making.

Keys to Impact: Dr. Saint’s lessons learned and shared
About the researcher

The work by Dr. Saint described here is funded in part through support from the Agency for Healthcare Research & Quality, the Department of Veterans Affairs, the Blue Cross Blue Shield of Michigan Foundation, the National Institutes of Health, and the Centers for Disease Control and Prevention. .