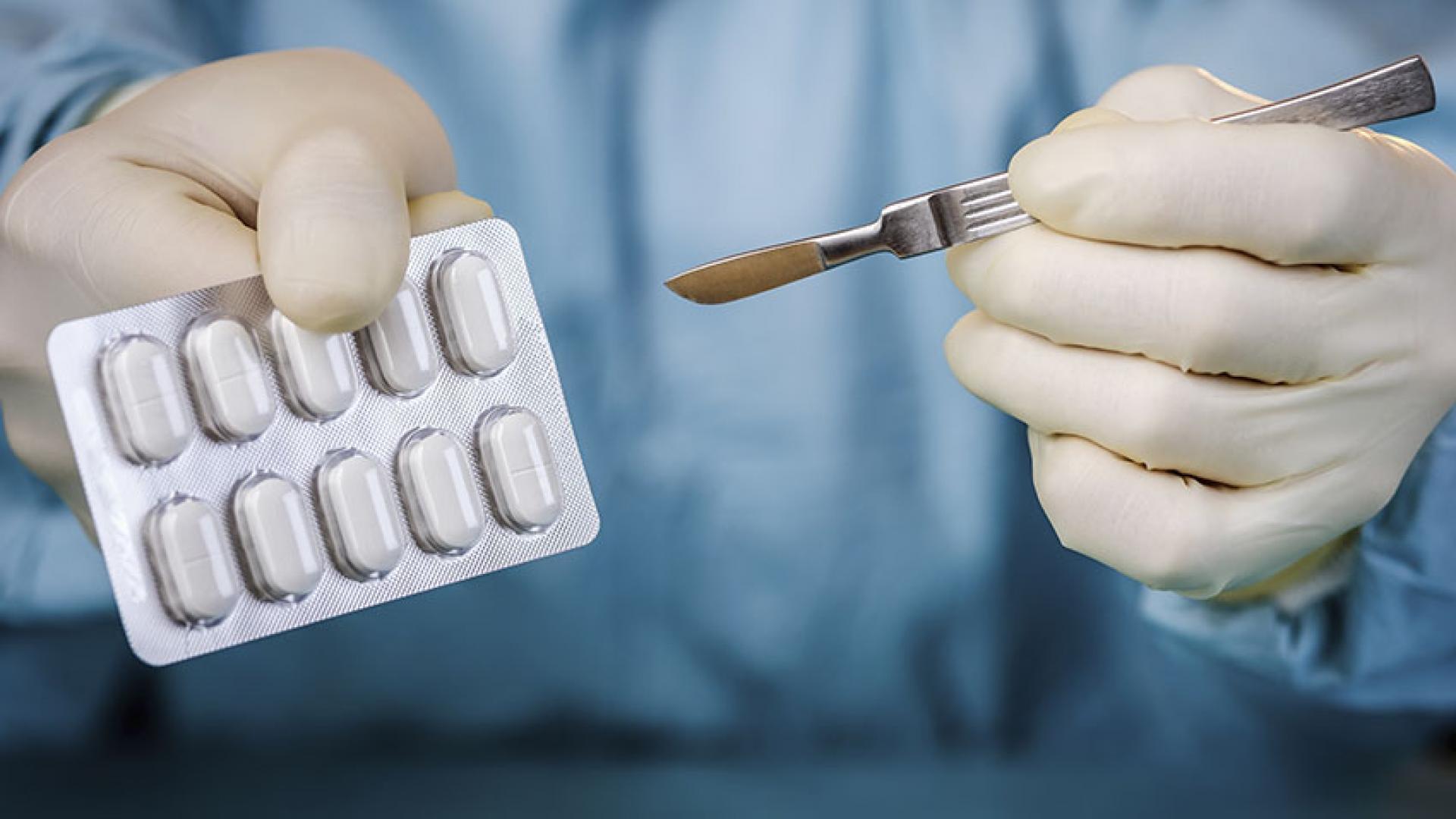 Having a hernia repaired, or an appendix or gallbladder removed, hurts. And for the past two decades, patients having these common operations in the U.S. have gone home from the hospital with prescriptions for dozens of opioid pills to ease that pain.

But with rising concern about the role of those pills in the national opioid epidemic, a new study shows how one state’s surgeons reduced the number of opioids they prescribed to thousands of patients -- without causing patients to feel more pain or less satisfied with their surgical experience.

In a new research letter in the New England Journal of Medicine, a team from the Michigan Opioid Prescribing Engagement Network reports the results of a collaborative effort to help surgical teams follow evidence-based opioid prescribing guidelines developed at the University of Michigan.

In just one year, teams at 43 hospitals across the state reduced by nearly one-third the number of opioid pills they prescribed to patients having nine common operations, from an average of 26 per patient to an average of 18.

But the ratings their patients gave for their post-surgery pain and satisfaction didn’t change from the ratings given by patients treated in the six months before the opioid-reducing effort.

In fact, patients throughout the study period reported that they only took half the opioids prescribed to them – even as the prescription sizes shrank. The researchers attribute this drop in part to improved pre-surgery counseling about pain expectations and non-opioid pain control options.

“We hope that other hospital teams can learn from this effort, use the guidelines and patient education materials we’ve developed, and gather data on their current surgical opioid prescribing patterns and their own processes to achieve change.”

The study includes prescription data from 11,716 patients who had operations at hospitals participating in the Michigan Surgical Quality Collaborative. Just over half of the patients also filled out surveys sent to their homes after their operations, reporting on their pain, satisfaction and opioid use after surgery.

“The success of the statewide effort suggests an opportunity for other states to build on Michigan’s experience, and room for even further reductions in prescription size,” he says. “At the same time, we need to make sure that patients also know how to safely dispose of any leftover opioids they don’t take.”

The Michigan-OPEN team has worked since 2016 to study the role of surgical opioid prescribing in the start of new persistent opioid-taking behavior among patients, and to quantify how prescription size relates to number of opioids patients take, and their pain control.

That research led to the development of evidence-based opioid prescribing guidelines that were first tested on gallbladder surgery patients at Michigan Medicine, before being expanded to other types of surgery.

The team has also worked to improve proper disposal, to reduce the risk that excess opioids could be taken deliberately or accidentally by patients or their loved ones.

In the time since the study ended, the Michigan-OPEN team has revised its surgical prescribing guideline to suggest even smaller prescriptions for these operations, and has added over 15 other operations and procedures. Meanwhile, a Michigan law aimed at reducing excess opioid prescribing for acute pain took effect just after the study period, though the law allows for a much larger prescription than the Michigan-OPEN guidelines recommend.

Vu notes that the new study represents a success for the concept of a “learning health system” – the ability to translate data about practice patterns into rapid provider-driven change for the benefit of patients.

“Just as the airline industry sees every flight as a learning opportunity, and a chance to identify new practices to implement quickly, we can do the same in medicine to identify issues, get data, create recommendations, implement them and continuously evaluate how to improve.”

MSQC is funded by Blue Cross Blue Shield of Michigan to improve surgical quality and safety across the state. Michigan-OPEN is funded by the Michigan Department of Health and Human Services and BCBSM, and is based at the U-M Institute for Healthcare Policy and Innovation.