Dropping the ball: Post ICU, many patients not getting the correct meds

Changes made to prescriptions during intensive care should be reassessed after discharge, study finds.

In the intensive care units of hospitals everywhere, patients fight for their lives against serious disease while teams of clinicians work around the clock, doing whatever it takes to stabilize them. But what happens to these patients once they leave this high stakes environment?

For many, the intense juggling act of the ICU gives way to “a series of dropped balls”, says Theodore J. Iwashyna, M.D., Ph.D., professor of critical care medicine at the University of Michigan and a staff physician at the VA Ann Arbor. He, along with collaborators Antoinette Coe, PharmD, Ph.D. of the U-M College of Pharmacy and Brenda Vincent of the Center for Clinical Management Research with the U.S. Department of Veterans Affairs, reveal important lapses in medication reconciliation, the rate at which patients resume taking necessary medications and stop taking unnecessary ones prescribed during their hospitalization.

Using a data set of more than a million patients from the VA health system who were discharged after a hospitalization, they examined prescription fill rates for two important drugs: statins, heart drugs that are often stopped by care teams during hospitalization; and antipsychotics, which are commonly prescribed for hospital-induced delirium. This is the first time this has been done in a national hospital system.

They found wide variances between hospitals in the rate at which patients filled these prescriptions within six months after discharge. Statin discontinuation ranged from 10 to 15% and new antipsychotic prescription fills from 2 to 4%.

High risk patients who were in the ICU or who were diagnosed with sepsis, a potentially life threatening infection, had the highest rates of statin discontinuation and antipsychotic continuation. Iwashyna notes “the leading cause of sepsis in 2020 is COVID-19.”

“The VA has some of the country’s best medical reconciliation data,” Iwashyna says. “I think the problem is smaller in the VA than in the rest of the healthcare system because the VA has the systems to let you actually see it and has been trying to fix it. When other individual hospitals have studied parts of this problem, often they are worse.”

He notes that there is no requirement to document why drugs are discontinued in the ICU, but there are likely few legitimate reasons for the changes in medication use to continue long after hospitalization.

“Statins are incredibly safe drugs that have very few contraindications and it is rare that they need to be stopped. It’s safe to say that if you were on them before, you should usually be on it after,” says Iwashyna.

Antipsychotics, on the other hand, are prescribed to control the confusion and emotional distress of delirium, which can affect up to 80% of ICU patients on a ventilator. However, “these drugs have a lot of cardiac and neurologic side effects,” Iwashyna notes, adding that there isn’t a lot of evidence they are effective for in-hospital delirium, let alone for after hospital discharge.

Why aren’t patients getting the correct medications? Iwashyna notes a tendency on the part of non-ICU providers in hospital general care and primary care clinicians, who are tasked with following up with patients after hospitalization, to defer to decisions made in the ICU. “Sometimes people will assume that everything you do in the middle of the night was supposed to be a permanent change and not just a way to get through the night, and that’s not true,” says Iwashyna. He notes that follow up care with a team of critical care specialists, like that provided by Michigan Medicine’s Post ICU Longitudinal Survivor Experience (PULSE) Clinic, could help.

These findings are especially relevant in the COVID-19 era, with its influx of ventilated, critically ill patients. The variance in medication reconciliation revealed by the study represents normal practices, when ICUs are well-staffed by experienced intensivists.  Says Iwashyna, “What’s it going to be like when we have huge rates of staff turnover, with clinicians playing different roles than they normal would?”

Paper cited: “Statin discontinuation and new antipsychotic use after an acute hospital stay vary by hospital”, PLOS One. DOI: 10.1371/journal.pone.0232707 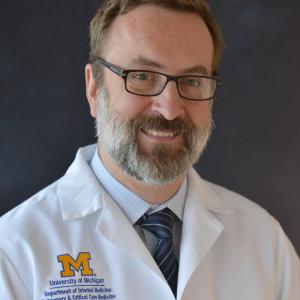 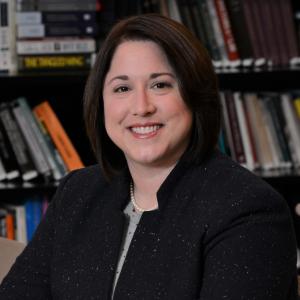