Researchers set out to discover if the risk of death from sepsis continues even after the acute infection has been cured.

It’s known that many patients die in the months and years after sepsis.

But no one has known if this increased risk of death (in the 30 days to 2 years after sepsis) is because of sepsis itself, or because of the pre-existing health conditions the patient had before acquiring the complication. After all, patients with more medical problems are more likely to develop sepsis.

In a new study published in BMJ, Hallie Prescott, M.D. MSc., assistant professor of internal medicine at the University of Michigan Health System, investigated the phenomenon.

“We know sicker patients are more likely to develop sepsis,” Prescott says. “And that made us wonder: Perhaps those previous health conditions are driving the risk of late death after sepsis?” Late death refers to the deaths that take place months to years after the acute infection has resolved.

Sepsis is a complication of infection. The body releases chemicals in the bloodstream to help fight off infection, but sometimes those chemicals can damage the body, leading to organ failure and a dramatic drop in blood pressure. Sepsis is treated with antibiotics and fluids.

Prescott and the research team examined detailed survey data and medical records of participants in the University of Michigan’s Health and Retirement Study (HRS), a national cohort of more than 30,000 older Americans. The study is supported by the National Institute on Aging and the Social Security Administration.

By matching the patients on their likelihood of developing sepsis, the research team ensured their final study groups was indistinguishable in terms of age, gender, health status and other diseases, among other characteristics.

Prescott and team then analyzed the late death rates and found that among the patients who survived for 30 days after their sepsis hospitalization, 40 percent died within the next two years.

“It was interesting because this high rate of late mortality was not explained by the patient’s age, socio-demographics or their pre-sepsis health status,” Prescott says.

She adds, “This is an exciting finding because it suggests that a person’s pre-existing health conditions do not explain the high rate of late death after sepsis. This means that the late deaths after sepsis may be more amenable to treatment than we previously thought.”

Prescott mentions this is just the beginning in further sepsis research.

“We need to understand the underlying biological processes that cause this late mortality in patients.” 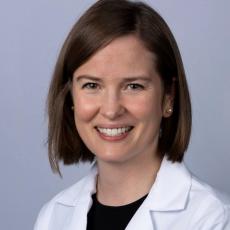