A new study by investigators at St. Jude Children's Research Hospital suggests that many survivors of childhood cancer are struggling with the economic consequences, also called “financial toxicity.”

Kristi Lowery was 13 when physicians found a grapefruit-size tumor in her back — a rare cancer called Ewing sarcoma — and treated her with an aggressive regimen of radiation and chemotherapy. Years later, she developed breast and thyroid cancer, as well as heart and lung problems, probably as a result of the radiation.

“I see an oncologist every three months, a breast surgeon every six months, and a cardiologist, gastroenterologist, dermatologist and pulmonologist every year,” said Lowery, 46, who runs a nonprofit organization in El Dorado, Ark., for children with disabilities.

Even with insurance, she said, she pays about $12,000 a year out of pocket for medical care and prescription drugs. “It’s a huge financial burden,” she said. “I definitely could be putting that money into my retirement plan or not taking out college loans for my son.”

A new study by investigators at St. Jude Children's Research Hospital suggests that many survivors of childhood cancer are struggling with the economic consequences, also called “financial toxicity.” Like Lowery, who participated in the study, they face an array of expensive follow-up tests. And if they develop complications from earlier treatments, they can have employment disruptions and insurance problems.

The research, published Wednesday in the Journal of the National Cancer Institute, found that financial concerns prompted about one-third of the 2,800 participants to skip or delay needed screenings, recommended medications, or trips to a doctor or hospital. Half said they worry about how to pay for their care.

I-Chan Huang, the lead author of the St. Jude study, said that financial strains are “more widespread among pediatric cancer survivors than among survivors who were diagnosed with cancer as adults.” Some of the patients' financial problems stemmed from insurance companies' refusals to pay for needed screening, such as mammograms or tests for radiation-induced heart disease, he said.

Greg Aune, a pediatric oncologist at UT Health San Antonio who was not involved in the study, said its results back up what he sees at his clinic for childhood cancer survivors.

“It’s pretty routine — a patient gets hit with a high co-pay for a screening test and is not happy about it, and then decides not to come for the next one,” said Aune, who as a teenager had Hodgkin’s lymphoma and was treated with intensive radiation and chemotherapy. His therapies were successful but caused serious heart damage and a mild stroke.

Earlier this month, a separate study found that many breast cancer patients were dissatisfied with their doctors' lack of communication on the financial challenges of cancer. The study was based on a survey of more than 2,500 patients and more than 800 surgeons, medical oncologists and radiation oncologists practicing in the United States.

The researchers said cancer costs imposed a heavy toll on many patients. According to the survey, some patients lost their homes. And more than 21 percent of white and 22 percent of Asian American patients cut their spending on food after their diagnoses, as did 45 percent of black and 36 percent of Latino patients. Yet of the 945 women who were worried about finances, 73 percent indicated that their doctors and staff did not help them deal with the issue.

“The ongoing magnitude of privation was extraordinary,” said Reshma Jagsi, a radiation oncologist at the University of Michigan who was the lead author of the study, which was published in the journal Cancer.

She acknowledged that it wasn't easy for doctors or other health-care providers to discuss financial concerns with their patients. But she added: “We are supposed to promote the health of our patients — their mental, physical and social well-being. This falls well within our duties.” 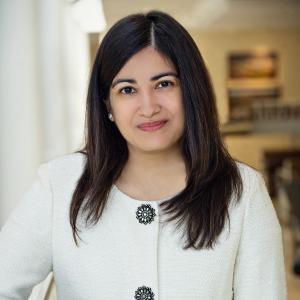