The black patients in the study were more often female and younger, were sicker, had higher rates of kidney and respiratory problems and pneumonia, and were more likely to have been on dialysis before their cardiac arrest, the findings showed.

"Notably, black patients were less likely to have had a heart attack during hospital admission or a prior history of heart attack," said study lead author Dr. Lena Chen, an assistant professor of internal medicine at the University of Michigan.

"As a result, they were more likely to have a non-shockable initial heart rhythm of pulseless electrical activity and to have experienced their heart stoppage in an unmonitored hospital unit," said Chen.

The researchers did not examine differences in caregiving, social support, or income between black and white patients.

The study was published July 9 in the journal Circulation.

"Our study's findings suggest a need to examine to what degree differences in post-discharge care explain racial differences in long-term survival after heart stoppages," Chen concluded in a journal news release. 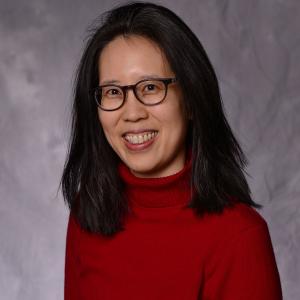 Lena Chen, M.D., M.S.
Share This Page
Found in
Health
©2021 The Regents of the University of Michigan | Disclaimer | Privacy Statement