Study suggests that increased hours of education related to caring for transgender patients may not correlate to more competent care.

People who are transgender face many barriers in the health-care system — from intake forms that use noninclusive language to challenges finding providers who are knowledgeable about their health-care needs.

But more training may not be the answer to improving competent care, a new Michigan Medicine-led study suggests. Surprisingly, more hours of education in the field was not associated with improved knowledge of transgender care among physicians and other providers, according to a new study in the journal Medical Education.

Nearly half of providers in the study said they had cared for a transgender patient, but as many had received no training on the topic.

What distinguished knowledgeable providers from those who were less so was transphobia, or a prejudice against people who are transgender, the study’s authors concluded.

“We were surprised to find that more hours of education about transgender health didn’t correlate with a higher level of knowledge about this topic among providers,” says lead author Daphna Stroumsa, M.D., MPH, an obstetrician gynecologist at University of Michigan’s Von Voigtlander Woman’s Hospital and a National Clinician Scholar at the U-M Institute for Healthcare Policy and Innovation.

“Transgender and gender diverse individuals often face discrimination in health-care settings, and many are unable to find competent, knowledgeable and culturally appropriate health care,” Stroumsa adds. “Lack of provider knowledge is a significant barrier, but our findings suggest that simply increasing training may not be the solution.

“Medical education may need to address transphobia and implicit bias in order to improve the quality of care transgender patients receive.”

Researchers surveyed 389 attending physicians, advanced practitioners and residents from the departments of internal medicine, family medicine and obstetrics and gynecology in a large urban health system.

While the study did not evaluate the content or format of the education providers were exposed to, Stroumsa said it is likely that educational efforts that address unconscious bias would be more effective.

Stroumsa notes that even in educational programs that address transgender health, the topic is usually presented as a separate section of provider education, rather than as an integral part of general medical education and training — a distinction which may further fuel “othering” of transgender patients.

According to the 2015 United States Transgender Survey, a third of transgender people who saw a health-care provider over the past year had a negative experience with the provider related to being transgender, such as being verbally harassed or refused treatment because of their gender identity.

Twenty-four percent reported that they had to teach their medical providers about transgender care in order to receive the care they needed, and 23 percent avoided medical care they needed because they were worried that they would be mistreated due to their gender identity.

That’s why Stroumsa developed and produced training modules (hosted on the Michigan OB-GYN website) to prepare OB-GYNs and other providers to better care for transgender and gender diverse people.

The modules were developed in collaboration with physicians and transgender health activists across the country and the Council on Resident Education in Obstetrics and Gynecology.

People who identify as transgender and nonbinary may require many of the services provided by OB-GYNs and other “women’s health-care” providers, including prenatal and fertility care, cervical cancer screening, menstrual cycle management, as well as gender transition-related care (e.g., hormone therapy), and other routine OB-GYN care.

In a separate publication in the American Journal of Obstetrics and Gynecology, Stroumsa and Michigan Medicine family physician Justine Wu, M.D. M.P.H., urge expanded language around “women’s health” to be more inclusive.

This may include everything from using gender neutral terminology on intake forms to subtle differences in labels, such referring to “well-person” care instead of “well-woman visit.” Many services are “less specialized that we may think,” the authors write.

“The OB-GYN field has traditionally centered on serving the health and needs of women. But our approach and language may unwittingly alienate a vulnerable population in need of our services,” Stroumsa says.

“We obviously have a lot of work to do in improving health outcomes for gender diverse people,” Stroumsa adds. “We need to take a close look at our health-care environments, practices and approaches to medical education. These are just beginning steps in reducing wide health disparities.

“Creating a safe, knowledgeable, trustworthy care environment will help us expand the care we provide to a broader, more diverse patient population.” 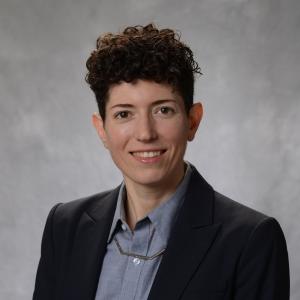 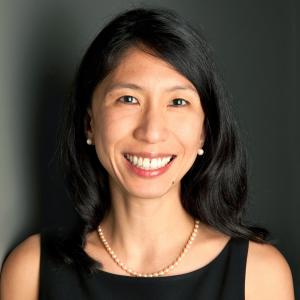