Understanding who has the highest risk of rare cancers, including squamous cell esophageal cancer, suggests a potential for targeted screening recommendations.

And that means people at high risk of this disease might be missing out on the potential to detect it at an earlier, treatable stage.

“There are certain diseases we don’t screen for because they’re less common. But if we found a way to target screening smartly — identify and screen only those at high risk — we can potentially make a difference,” says Anoop Prabhu, M.D., clinical lecturer in gastroenterology at the University of Michigan Medical School.

Prabhu and colleagues, including IHPI member Joel Rubenstein, M.D., M.Sc., recently published a study that found squamous cell esophageal cancer, which is relatively rare overall, is far more common among African-American men with a history of alcohol and tobacco use.

In the United States, two-thirds of esophageal cancer patients have a type called adenocarcinoma. It’s caused by acid reflux and frequently linked to gastroesophageal reflux disorder, or GERD. Guidelines recommend people older than 50 with this condition undergo screening for esophageal cancer because of their high risk.

No screening guidelines exist for squamous cell carcinoma, which represents the other third of esophageal cancers. It’s linked to alcohol and tobacco use.

The need to investigate screening

The study used data from the Surveillance, Epidemiology and End Results cancer registry to assess how many people were diagnosed with squamous cell esophageal cancer, stratifying by race, gender and age. The researchers also assessed tobacco and alcohol use based on data from the National Health Interview Survey. Results appear in the American Journal of Gastroenterology.

“We shouldn’t stop funding research into adenocarcinoma — it impacts a larger number of people overall. But our study suggests esophageal squamous cell carcinoma disproportionately hits a certain demographic. This is a disease that can be detected early and is almost always fatal when it’s not. This suggests we need to recalibrate our approach,” Prabhu says.

At this point, the researchers are not recommending screening for esophageal squamous cell carcinoma. More research needs to determine whether that would be effective for early detection, disease prevention and cure.

The study did not drill down on how frequently people smoked or drank. The authors suspect their numbers underestimate the true risks of the disease in African-American men who smoke and drink, because their model was unable to separate the heavy smokers and drinkers from light ones.

“Making blanket statements about who should be screened based only on age isn’t enough. The more specific you can get your guidelines or target your intervention, the more likely we will detect something relevant,” Prabhu says 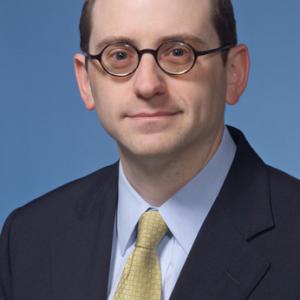