Experts weigh in on just how much drinking is considered “normal.”

A good portion of people would classify themselves as social drinkers. They don’t typically drink on their own but do so with friends, family, colleagues and so on. The only problem with this classification? The word “social” can vary from person to person.

One person’s social drinking might be a glass of merlot with friends once or twice a week. Another person may consider it four or five beers over the course of a day at a birthday party. A different individual may consider it two gin and tonics at happy hour on Tuesday and Thursday and then a heavy night out on the weekend.

So what’s the truth? When does social drinking become more like problem drinking? What exactly is considered “normal?” In some cases, it depends who you ask. This is what experts have to say on the subject:

There’s some disagreement about what’s regarded as a normal amount of drinking, according to Stephen Strobbe, a clinical associate professor at Michigan Medicine’s department of psychiatry and a specialist in addiction. “Social drinking” is perhaps a purposely vague term.

“It’s based, at least in part, on what’s accepted within a certain group or culture,” he said. “Even for a given individual, what’s acceptable in one setting may not be OK in another.”

Normal social drinking patterns are often context-appropriate, can vary from one individual to the next and are probably dictated by social norms, said Brad Lander, an addiction medicine specialist at The Ohio State University Wexner Medical Center.

Another key component of social drinking is knowing how much is too much for you, and staying within those boundaries.

“Social drinking does not interfere with your life,” said Lander. “That is, it doesn’t cause problems with work or home responsibilities, family, health, social relationships or create legal or financial problems.”

Strobbe said the word best associated with social drinking should be moderation.

“Social drinking implies moderation,” Strobbe said, “as a means of enhancing — not disrupting — other activities.”

However, he added that it’s easy to dance around that line. “In American culture, it’s safe to say that if extreme intoxication is the goal or outcome, then we’ve crossed that line,” he said. 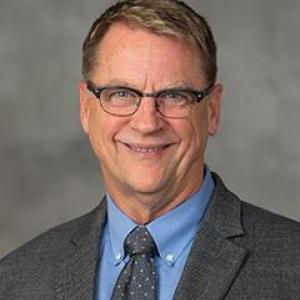