What’s it worth? New shingles vaccine offers a chance to measure the value of prevention

An economic analysis led by a U-M expert found reason to recommend Shingrix to everyone over age 50. As the vaccine hits the market, its merits will be continually evaluated

A newly approved shingles vaccine may be much more effective and longer-lasting than the existing vaccine, which has been around for about a decade.
One in 3 people will develop shingles (also known as zoster) in their lifetimes, most commonly as older adults. Many people don’t realize how painful shingles can be, that it can lead to other major health problems, or that it’s different from chickenpox — even though both diseases are caused by the same virus.
In people who had chickenpox earlier in life, that virus remains dormant in the body’s nervous system, but can reemerge later as shingles. Only this time, the small spotted rash and persistent itchiness brought by chickenpox is replaced by the fiery blisters and often intense pain, skin sensitivity and tingling that can come with shingles. Shingles can also lead to issues such as vision loss and neurological problems. Fortunately, the vaccine can prevent shingles and many of its related complications.
The new vaccine is expected to be widely available by early 2018 — just months after the federal committee that sets national vaccine guidelines voted to recommend immunization for nearly anyone ages 50 and older.
That’s a full 10 years earlier than previously recommended.
In a rare decision, the committee also narrowly voted to endorse the new vaccine, Shingrix, over the existing one, Zostavax. The panel also recommended that people who were already vaccinated with the existing vaccine be revaccinated with the new one.
These policy decisions were based in part on evidence developed by researchers such as Lisa Prosser, Ph.D., M.S., who led an economic evaluation of the new vaccine. Prosser is a professor of pediatrics, health management and policy at the University of Michigan as well as director of U-M’s Child Health Evaluation and Research Center and a member of the Institute for Healthcare Policy and Innovation.
As part of the Zoster Work Group of the Centers for Disease Control and Prevention’s Advisory Committee on Immunization Practices (ACIP), Prosser and her colleagues used decision science, economics and simulation modeling to judge the economic value of Shingrix.
Here, she shares more about this work, which represents the latest findings in her nearly 20-year career of evaluating the effectiveness and value of new health interventions to inform major policy decisions.

What factors were evaluated for the new recommendations?

Prosser: The ACIP considers four categories of evidence when reviewing a new vaccine and also when considering expanded recommendations for existing vaccines: disease epidemiology and burden of disease, the effectiveness of the vaccine, vaccine safety and economics. Often, they’ll look at a fifth category of feasibility, which looks at issues with implementation.

The importance of each as a category of evidence carries different weight for different vaccines and the public health questions at stake.

The Zoster Work Group was charged with identifying the key policy questions around zoster vaccine, and considering options for recommendations, by reviewing the body of evidence for both vaccines from the last few years.

I led an economic evaluation as part of a collaborative effort the CDC funded through a contract with U-M, which we’ve been working on over the past 18 months in preparation for the introduction of the new vaccine.

The new vaccine was approved by the Food and Drug Administration on Oct. 20 and then was reviewed by the ACIP the following Wednesday. The ACIP decision will guide the use of the vaccine when it comes on the market, which is expected in the next few weeks.

What were the key questions that your zoster vaccine analyses addressed?

Prosser: In our economic evaluation, we considered three policy questions. The first was to evaluate the cost-effectiveness of the new vaccine compared to both the existing vaccine and to no vaccination.

Our second question was to evaluate the cost-effectiveness of subsequent vaccination with the new vaccine for individuals who had already received the existing vaccine, and to look at different intervals of time between the two vaccines and how that impacted cost-effectiveness.

And the third question — the policy question on the table for the ACIP — was whether they were going to make a preferential recommendation for the new vaccine over the existing vaccine.

Why is a cost-effective analysis important in this kind of decision-making?

Prosser: Cost-effectiveness analysis assesses the costs of different health interventions relative to the gains in health they produce. For the analyses we did for the committee, we were essentially asking, “What’s the value of vaccination?”

For almost all vaccines — and actually for most health interventions — there’s an additional dollar investment required to produce a health gain. Our analyses looked at what we are getting back from that additional investment in terms of quality-adjusted years of life added.

In the United States, vaccine policy is one of the rare domains in which cost-effectiveness analysis is used routinely — it’s a required part of the evidence that’s considered for every single vaccine recommendation.

Prosser: It’s important to keep in mind that we can’t talk about the value of vaccines as a group — these assessments need to be made separately for each and every vaccine.

There’s a common misconception that all prevention is cost-saving on the whole, meaning that upfront costs are offset by the costs avoided by disease prevention. But when we look at the evidence, preventive interventions are cost-saving at about the same rate as any other type of direct medical intervention. About 15 to 20 percent are cost-saving, but the vast majority actually require an investment to produce more health.

So we should be looking very carefully not just at the value of direct medical interventions, but also of preventive or public health programs as well.

What did your evaluations find?

Prosser: The bottom line is that in about 95 percent or more of the simulations, which were based on data from clinical trials, published evidence and unpublished manufacturer data, Shingrix was the preferred vaccination strategy.

The analyses also supported vaccinating adults in the 50- to 59-year-old age range, something that had not been shown to be cost-effective with the existing vaccine, even though it is licensed for adults 50 and older and has been available for a decade now.

Revaccination with Shingrix for those previously vaccinated with Zostavax also looked very favorable in terms of cost-effectiveness.

This was the first time the ACIP has ever made a preferential recommendation for a brand-new vaccine, and it was the closest vote the committee had seen in more than 10 years.

What will be evaluated once the new vaccine hits the market?

Prosser: Typically, the manufacturer will conduct observational studies for many years, following patients who were in the clinical trials to monitor for any adverse events and to answer questions around long-term vaccine effectiveness.

One of the issues with both of these vaccines is that effectiveness wanes over time. Our models assume that the new vaccine’s effectiveness will last twice as long as the current vaccine’s, but we’re extrapolating that based on only a few years of data.

The new vaccine also requires two doses, whereas the current vaccine is just one dose — that’s a potential implementation issue that we’ll need to look at once people start getting the new vaccine.

As these data come in over time about how the vaccine is performing in the real world, we can feed that information back into our simulation model and re-evaluate how that changes the cost-effectiveness.

How does insurance cover new vaccines?

Prosser: Everything that is recommended as part of the ACIP vaccination schedule is covered under the Affordable Care Act (ACA), under the requirements for recommended preventive services, for all plans that adhere to ACA requirements.

In the U.S., the way that cost-effectiveness is most often used is actually not primarily for decisions about whether insurance should cover a service, but to help identify for which subgroups the intervention would be most cost-effective, so that we can target recommendations toward those who are likely to get the most benefit.

For example, cost-effectiveness analysis played a role in the decision to expand the recommendation to include adults between 50 to 59 years old.

In other parts of the world, cost-effectiveness analysis is used much more widely in health care decision-making, not just for vaccines but in other areas of preventive services. I’ve been collaborating with CDC for almost two decades now, and it’s exciting and gratifying to be a part of one of the few areas of regulatory decision-making in the country that uses this type of research. 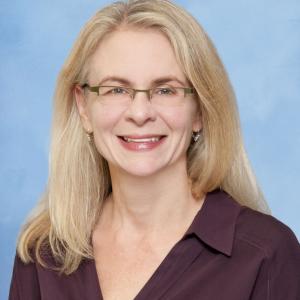