U-M experts weigh in: How to best manage Crohn’s disease

Two gastroenterologists weigh in on the most effective evidence-based ways to treat the complex disease.

On a global level, the rates of Crohn’s disease have been steadily growing over the last several years. Particularly, in countries where individuals have adapted to Westernized diets and increased levels of industrial development. However, the pathogenesis of Crohn’s disease – or how it develops – still remains incompletely understood.

“While there is so much to learn about the development of Crohn’s disease, its origins are likely multifactorial, with elements such as genetic predisposition, the environment and the intestinal microbiome all playing important roles,” says Kelly Cushing, M.D., a clinical lecturer and gastroenterologist at Michigan Medicine. “It’s important to note that the symptoms of Crohn’s disease can be insidious, and therefore misdiagnosed or even undetected for months or years in certain individuals.”

These notions inspired Cushing and Peter Higgins M.D., Ph.D., a gastroenterologist and director of the Inflammatory Bowel Disease Program at Michigan Medicine, to weigh in on the management and treatment of this complicated disease. Their review was recently published in JAMA.

“In order to fully cover the breadth of studies available, we performed a comprehensive search of PubMed, which is a database of science and biomedical publications, for papers on Crohn’s disease,” says Cushing. “Our analysis included papers on the natural history of the disease, as well its management. We considered everything published up until August 1 of last year for inclusion in our review.”

Overall, the duo analyzed a total of 88 publications that included case-control, cohort and cross-sectional studies, as well as guidelines, editorials and systemic reviews by experts.

Their review highlights that fecal calprotectin, which is a stool marker for inflammation, is a sensitive screening test for inflammatory bowel disease in symptomatic individuals. Elevations in the calprotectin protein should prompt clinicians to further evaluate patients via endoscopy.

“Endoscopic findings in Crohn’s disease include discontinuous areas of inflammation and ulceration with or without stricture formation,” says Cushing. “Stricture formation is a distinct feature of the disease and can cause symptoms such as abdominal pain, cramping and bloating.”

Cushing adds that definitive diagnosis of Crohn’s disease is made via biopsy.

“We also advise that providers be aware that other conditions often mimic Crohn’s disease,” says Cushing. “In addition, extra-intestinal manifestations of the disease may occur in other parts of the body.”

Cushing notes that individuals with Crohn’s disease may also have inflammation in their joints, or symptoms that affect their eyes, skin and/or bile ducts.

“When a patient is diagnosed with the condition, assessing their risks of disease progression is very important,” says Cushing. “Some notable risk factors for a more aggressive disease course include (a young) age at diagnosis, smoking, fistula or abscess development, and a history of intestinal surgeries.”

Cushing adds that there have been significant advancements in the treatment of Crohn’s disease over the last several decades, with a number of therapies now widely available to patients to help achieve long-term remission.

“Steroids are used on a short-term basis to achieve symptomatic control, but they are not proven to be effective maintenance medications,” she says. “There are many immune suppressive therapies now available to achieve remission. In addition, a strategy of combination therapy is effective when it comes to individuals with moderate to severe disease.”

The team also advises clinicians to monitor for objective responses to therapy, with their tests of choice tailored to the patient’s disease location, as well as other medical conditions. Symptoms, alone, are not enough to measure response rates to therapies, according to Cushing.

“It’s also important to limit the amount of interruptions in medical therapies because this can increase the risk for disease-related flares,” she says. “And patients who are on biologic therapies are at an increased risk for developing antibodies and a loss of drug effectiveness.”

“Most patients with Crohn’s disease should continue to have a diverse diet, while limiting food avoidance,” says Cushing. “We also found that it’s important for providers to be aware of anxiety and depression in their patients, which are common for individuals with Crohn’s disease.”

Lastly, Cushing adds that post-traumatic stress disorder is increasingly recognized in patients with Crohn’s disease, and particularly in those who have had long hospitalizations and complicated surgeries.

“It’s extremely important for clinicians to pay attention to all of these factors when it comes to treating this complex disease.” 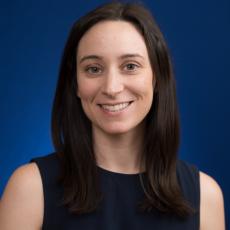