While an epidemic of prescription opioid abuse has swept across the United States, African-Americans and Hispanics have been affected at much lower rates than whites. Researchers say minority patients use fewer opioids, and they offer a thicket of possible explanations, including a lack of insurance coverage and a greater reluctance among minorities to take opioid painkillers even if they are prescribed. But the researchers have also found evidence of racial bias and stereotyping in recognizing and treating pain among minorities, particularly black patients.

IHPI member Carmen R. Green, an anesthesiologist, pain medicine specialist and University of Michigan professor who has studied treatment disparities for years, said that “the role of race is more important, although race and class often interact.” 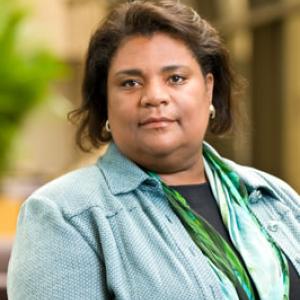 Carmen Green, M.D.
Disparities in pain and healthcare
Share This Page
Found in
The New York Times
©2020 The Regents of the University of Michigan | Disclaimer | Privacy Statement