Study reveals the pervasiveness of the medical devices’ skin-color bias.

Early in the COVID-19 pandemic, research from the University of Michigan uncovered inaccuracy in readings based on race when using pulse oximeters, finger-tip devices used to determine how much oxygen is present in the blood in patients in respiratory failure. This work was followed by other studies from around the world finding the same inaccuracy in many different critically ill patients, and that it seems to have led to failure to provide timely treatment in Black COVID-19 patients.

But skeptics argued that perhaps this problem was restricted to the sickest of sick intensive care unit patients, where low blood pressure or other problems might confuse the picture. That might have been a reasonable concern, says Valeria Valbuena, M.D., of the U-M Department of Surgery.

“When we thought about how a big a deal this could be, including getting more invasive blood gases in many patients, and changing every pulse oximeter across the hospital, we knew we really needed to see how big the problem was, so we did not over-react.”

A study published in BMJ uses data from over 100 hospitals in the United States Veterans Health Administration, the largest integrated health system in the country, to determine how widespread the biased pulse oximeter issue is.

“Unfortunately,” said Valbuena, “the pulse oximetry bias problem is really bad and could be affecting huge numbers of patients. Our results suggest that in the VA alone, there may be over 75,000 instances a year where low blood oxygen is missed in a Black veteran yet would have been detected if pulse oximeters functioned as well as they do in White veterans.  It is incredibly important that we fix it soon.”

The team led by Valbuena, Theodore J. Iwashyna, M.D., Ph.D., and their colleagues examined adult inpatient data from 2013-2019, zeroing in on more than 30,000 veterans who had a pulse oximeter reading paired with an arterial blood gas test within 10 minutes of each other and were on the general medical and surgical inpatient wards—patients who were not critically ill, and make up the vast majority of patients in hospitals.

The team focused on cases where the pulse oximeter simply failed to show that the patient was not getting enough oxygen. If the pulse oximeter reading for a given patient was 92 percent or greater, most clinicians would consider that fine.  Yet, the study looked at time when a simultaneous blood gas test (the most accurate test) result was less than 88 percent, which is so low that cells may be starving for oxygen. As in other studies, the authors called such a situation occult hypoxemia, or unrecognized low oxygen levels.

They found that the probability of occult hypoxemia in White veterans was 15.6%, 19.6% in Black veterans and 16.2% in Hispanic or Latino veterans, a significant difference on the performance of the pulse oximeter based on self-reported race.

Some readers of earlier work had suggested there might be an easy fix: just target higher pulse oximetry readings in Black patients. But the team made a troubling discovery in patients with two paired readings, one earlier in the day and one later: readings made in white patients were more consistent with each other than readings in black patients.

The investigators noted that the inconsistency could be attributed to measurement noise inherent in the device that is also worse in black patients, worse noise that combined with greater bias led to more inaccuracy in black patients.

Michael W. Sjoding, M.D., of U-M Division of Pulmonary and Critical Care Medicine, noted “This finding is very worrisome. It means, at the bedside, I cannot trust these devices to reassure me clinically that a black patient is doing well, or to say to a black patient ‘you are too healthy to get some treatments.’”

In February 2021, on the heels of the first new findings of race-based inaccuracy in pulse oximeters, the Food and Drug Administration issued recommendations to patients, caregivers, and health care providers to be aware of signs and symptoms of troubled breathing and low oxygen and to not make clinical decisions based on one pulse oximeter reading. However, in practice, said Iwashyna, senior author on the paper, clinicians often make triage decisions based on pulse oximeter readings: “The pulse oximeter seems so easy, and the simple digital reading is right there right away, yet can be falsely reassuring.”

In late June 2022, based on the new evidence and call for action from some members of Congress, the FDA announced the intent to hold a public meeting of the Medical Devices Advisory Committee to discuss available evidence and make recommendations for the use of pulse oximeters. No date has been set yet.

Until better, more accurate pulse oximeters are available—and all the authors emphasize how urgent this is as the best solution—most of the responsibility falls on clinicians to be aware of the limitations of the devices and work around them, which Valbuena says is a tall order.

“For now, the only thing keeping patients from falling prey to this issue is clinician awareness and being extra cautious,” she said

Missed hypoxemia, notes Valbuena, is tied to poorer health outcomes, higher mortality and worse disability. “That has to mean something to someone, at the very least to ensure our veterans are getting the care they deserve after serving their country. It is just not fair that we are using devices that don’t work as well for black veterans as for white veterans.”

The authors note that the VA is using the same commercially available pulse oximeters as other hospitals; there is no reason to think this problem is limited to or any worse in the VA, they say. The VA is just one of the few systems with the data to allow its magnitude to be studied.

Added Iwashyna, “We have to get better pulse oximeters, that are proven to work equally well in black patients in the hospital. It is ridiculous that black patients and their care teams to have balance between risking not giving enough oxygen or having to get extra invasive arterial blood draws.” 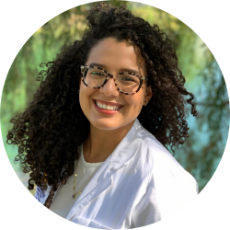 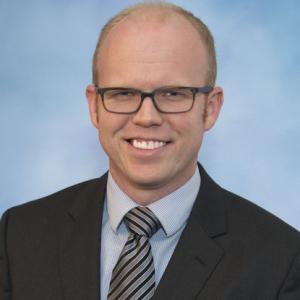