Omenn, M.D., Ph.D., joins the FNIH Board of Directors

The Board of Directors of the Foundation for the National Institutes of Health (FNIH) elected Gilbert S. Omenn, M.D., Ph.D. as its newest member.

Dr. Omenn is the Harold T. Shapiro Distinguished University Professor of Computational Medicine & Bioinformatics, Internal Medicine, Human Genetics and Public Health and founding director of the Center for Computational Medicine & Bioinformatics at the University of Michigan in Ann Arbor. He previously served as a Howard Hughes Medical Institute investigator and Dean of the School of Public Health & Community Medicine at the University of Washington, then Executive Vice-President for Medical Affairs and CEO of the Health System at the University of Michigan. He is an elected member of the National Academy of Medicine, the Association of American Physicians and the American Academy of Arts and Sciences and a fellow of the American College of Physicians, the National Academy for Social Insurance and the American Association for the Advancement of Science. Dr. Omenn earned a B.A. from Princeton, an M.D. from Harvard and a Ph.D. in genetics from the University of Washington. 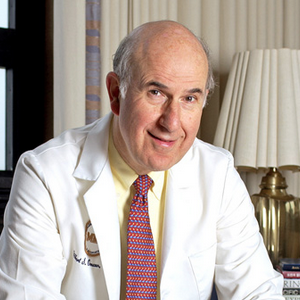