Brenda Bradley, 72, and her husband Jimmie, 78, survey flooding from Hurricane Harvey in their neighborhood in Calcasieu Parish, Louisiana, August 28, 2017.

News and social media reports from coastal Texas have shown many striking images of Hurricane Harvey flood victims, but few were as arresting as a photo of older women in a Dickinson nursing home, sitting in waist-high water in their wheelchairs. Although the women were moved to safety, the picture highlighted how vulnerable older adults can be during and after major disasters.

My work focuses on answering pressing questions about the health of older adults after events such as Hurricane Harvey. While age alone does not make people more vulnerable to disasters, many health issues that are common with aging do, including frailness, memory impairment, limited mobility and chronic illness. Sixty percent of Hurricane Katrina deaths were age 65 and older, and more older adults died after Hurricane Katrina and in the year after than any other age group.

In a study published earlier this year, we showed that older adults are affected by disasters well after storms or other threats have passed. But disaster response planning for communities and health care systems focuses on the immediate surge after the event, which varies with every disaster but typically lasts hours to days.

As flood waters in Texas peak and recede, public officials and health care providers should begin to plan now for older adults’ long-term medical needs. Beyond getting the electricity back on and patching up broken limbs, an adequate disaster response must understand and correct the ways in which disasters disrupt survivors’ normal living patterns in the extended period after the storm. Learning from past disasters

Understanding the connection between disasters and hospital admissions among older adults, and developing strategies to minimize hospitalizations, are issues of growing importance. Climate change is increasing the number and scale of natural disasters such as floods, hurricanes and wildfires. There were three times more natural disasters globally between 2000 and 2009 than from 1980 through 1989. And with the U.S. population over age 65 expected to double by 2060, helping older people stay safe through disasters will become increasingly important.

Previous disasters have shown that older adults are particularly vulnerable, especially if they need ongoing health care. During Hurricane Sandy in 2012, over 31 nursing homes closed, leaving more than 4,500 residents in need of emergency assistance. After-action reports from Hurricane Matthew in 2016 documented multiple instances of critical communication breakdowns for special medical-needs patients. For example, patients who needed specialized care were placed in shelters with inadequate staffing.

Houston officials did not order a mandatory evacuation last week as Hurricane Harvey approached. In any case, many older adults have physical or financial constraints that can make it hard for them to evacuate. However, when they ride out a storm at home or in a shelter, they do not have ready access to health services. This places them at greater risk of immediate injury and longer-term physical decline.

Health care services along the Texas coast have been severely impacted by Harvey, which will only exacerbate the challenge of caring for the elderly. Over 21 Texas hospitals have either closed or evacuated patients. Multiple nursing homes have also been evacuated. Ben Taub Hospital, which had already upgraded its infrastructure to protect against floodwaters, now is scrambling to provide food to patients.

Experiences like this can have lasting impacts on older people. In a recent study, we examined hospitalizations among older adults after a 2011 tornado outbreak that spawned hundreds of tornadoes throughout Georgia, Alabama, Mississippi and Tennessee, resulting in over 300 deaths and billions of dollars in damage. Using claims data from Medicare and connecting it with geospatial data from the storm area, we compared hospital admissions among older adults in the month after the disaster to admissions during the other 11 months of the year.

Our findings showed that hospital admissions increased over the 30 days after the disaster by 4 percent among older adults who lived in a ZIP code with a tornado touchdown. This translates to hundreds of additional hospital admissions. We then removed the first three days after the disaster from our data analysis, to see whether the increase in admissions might be related to immediate injuries from the storm. But we found that hospitalizations over the rest of the month still remained higher than normal.

Finally, we conducted a similar analysis examining ZIP codes in an area in the same region which was not affected by the storm, in order to rule out the possibility that increased admissions were related to seasonal factors such as extreme temperatures or high pollen counts. Hospital admissions did not increase in the unaffected area, which told us that the higher numbers we found appear to be related to the tornadoes.

Increased hospital admissions after disasters are only part of the story. The aging U.S. population has a rising incidence of chronic diseases requiring consistent health care, such as diabetes, hypertension and obesity. If these health needs had been met in the tornado zone after the disaster, these patients might not have had to be hospitalized, and our study would not have shown the increase in hospital admissions that we detected.

Although we did not have data on individual cases that would have shown why each person was hospitalized, it is likely that personal stress, difficulty accessing health care and an ineffective community response to the disaster all were contributing factors. Our team will continue to study the drivers of post-disaster hospitalizations. Caring for older victims after Harvey

Disruptions in regular care after a disaster can worsen existing chronic conditions, leading to hospitalizations. These immediate disruptions from the disaster can have much longer-lasting impacts on health.

For example, many older adults are dependent on medical equipment requiring electrical power, from refrigeration for insulin to dialysis machines. Patients with chronic conditions such as diabetes or emphysema may run out of the medications or home oxygen supplies they need to manage these conditions.

In coastal Texas, many clinics and community health centers closed as Harvey approached, and road or weather conditions may keep people from getting to care centers after they reopen. The stress of evacuating from home to a shelter can also cause fragile conditions to worsen.

For now, the key priorities are to protect and support older adults and help them return to their normal routines as soon as possible. Past research has shown that some older adults bounce back quickly from disasters, while others struggle to return to baseline. Planning needs to start now for recovery, which will last for years. It also should include preparing for future disasters, so that we can be more prepared and less reactive when the next superstorm looms.

Editor’s note: This is an updated version of an article originally published on August 8, 2017. 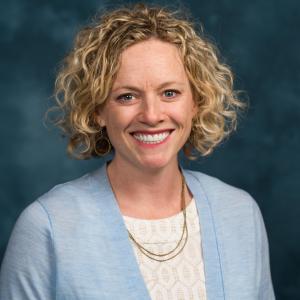