Prescription drug overdoses have become an alarming public health issue linked to increased rates of opioid prescribing and use - what does the research tell us about how to prevent dangerous and even fatal side effects from opioids?

What the Research Tells Us

An estimated 100 million Americans suffer from chronic pain, exceeding the number of Americans diagnosed with diabetes, heart disease, and cancer combined. Opioids, also known as narcotic prescription painkillers, can be effective at both decreasing pain and reducing functional disability, and are commonly prescribed to help patients manage chronic pain. Like any medication, however, opioids can have dangerous and even fatal side effects. From 1990 to 2011, the number of clinicians prescribing opioids and the number of individuals in the general population using opioids increased dramatically. As the rate of opioid prescribing and use has increased, so has the prevalence of prescription drug overdoses. In 2011, prescription drug overdoses were the leading cause of injury in the United States, causing more deaths among adults 25–64 years old than motor vehicle crashes.

To evaluate the relationship between clinician prescribing of opioids and opioid overdose, Dr. Amy Bohnert examined opioid overdose deaths using a large national sample of Veteran’s Health Administration (VHA) patients. Specifically, the team examined the relationship between maximum prescribed daily opioid dose and the risk of opioid overdose death. The study sample included patients seen within the VHA from 2004 to 2008 who were prescribed opioids such as codeine, morphine, oxycodone, hydrocodone, oxymorphone, and hydromorphone across a number of pain indications. The team evaluated patient demographics, diagnoses, and the prescribed opioid dosing schedule (as-needed, regularly scheduled, or both). The team used an “as-prescribed” approach, assuming that patients took all prescribed opioids at the maximum dose and on the schedule recommended by their prescriber. This allowed for the evaluation of prescriber decision making, rather than patient patterns of consumption.

Dr. Bohnert and her team found that opioid prescribing patterns were strongly correlated with a higher risk of opioid overdose. Across all patient subgroups, patients prescribed higher doses of opioids were at an increased risk of unintentional opioid overdose death. Specifically, the study found that a patient prescribed opioid doses equivalent to 100 milligrams per day (mg/d) or more of morphine were more likely to experience overdose death than patients with a prescription of 1-20 mg/d. Patients who died from opioid overdose were more likely than other patients in the sample to be middle-aged and white; more likely to be diagnosed with chronic or acute pain, substance use disorders, and other psychiatric diagnoses; and less likely to have cancer. Additionally, patients treated with both regularly scheduled opioids and as needed opioids did not have a significantly increased risk of overdose compared to the rest of the sample.

This novel study advanced the literature on opioid-related overdose deaths in several ways, including the evaluation of patient subgroups and the effect of concurrent prescriptions of regularly scheduled and as needed opioids. For example, the study evaluated cancer patients, a patient subgroup that had previously been excluded, and found that unlike the sample as a whole, they were at an increased risk of overdose if prescribed as-needed opioids along with regularly scheduled opioids. This increased risk may be due to the unpredictable and sometimes rapid onset of pain experienced by cancer patients. As a result, cancer patients may take opioids in high doses without having developed the tolerance from taking a regularly scheduled opioid. By demonstrating the correlation between maximum prescribed opioid levels and opioid-related overdose deaths, Dr. Bohnert’s findings highlighted the need to implement best practices for effective pain management to reduce opioid overdose among patients being treated for pain. Dr. Bohnert’s team suggested the increased use of specialty pain care to allow for closer monitoring of patients prescribed opioids. The increased likelihood of overdose deaths at prescriptions of 100mg/d suggested the need to reevaluate maximum opioid prescribing thresholds.

Impact of the Research

Dr. Bohnert’s work advanced pain management and treatment by exposing the relationship between opioid prescribing and overdose deaths. Prior to 2012, many opioid prescribing guidelines cautioned that doses greater than 200mg/d could increase the risk of serious or fatal overdose. Due in part to Dr. Bohnert’s work, guidelines published in 2012, such as those of the American Society of Interventional Pain Physicians and the University of Michigan Health System, reduced the maximum threshold to 90–100mg.

Additionally, Dr. Bohnert worked with the VHA to disseminate her findings to VHA prescribers. This work informed the establishment of the VHA Opiate Safety Initiative, which aims to reduce unnecessary high dose opioid prescribing. The significance of Dr. Bohnert’s work has also been recognized nationally as she has provided guidance to the Food and Drug Administration and the Centers for Disease Control and Prevention on opioid prescribing requirements. Dr. Bohnert’s work has also garnered national media attention and helped to raise public awareness of the risk of opioid overdose.

Amy Bohnert, Ph.D, M.H.S., is an Associate Professor in the University of Michigan Department of Psychiatry and a research scientist at the Ann Arbor VA Center for Clinical Management Research, a VA Health Services Research and Development (HSR&D) Center of Innovation. This work was done as part of a VA HSR&D Career Development Award. 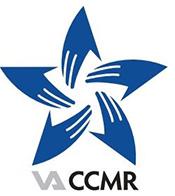