Does bariatric surgery help or harm patients with ESKD?

A new study assesses the impact of bariatric surgery on patients with end stage kidney disease.

The kidneys act as a filtration hub in the human body, filtering waste and removing excess water in the form of urine. Nearly 750,000 people in the United States have end-stage kidney disease (ESKD), which means that they have progressed to the final stage of chronic kidney disease and now require dialysis to stay alive.

Unfortunately, up to 40% of patients with ESKD also struggle with obesity, which reduces access to receiving a life-saving kidney transplant.

For patients without ESKD, bariatric surgery is the safest and most effective therapy for obesity. Yet while the health benefits associated with bariatric surgery are plentiful, the uptake of this weight-loss surgery in the ESKD population has been slow, with very few patients ever having the surgery.

“Two main issues traditionally prevent patients with ESKD from getting bariatric surgery,” says Kyle Sheetz, M.D., a clinical four resident in general surgery at Michigan Medicine. “First, many perceive it to be unsafe, or that patients may have complications or even die after surgery. Second, data often shows that patients with obesity and ESKD actually have better long-term survival rates than non-obese patients with the same condition. This is referred to as the obesity paradox.”

These notions inspired Sheetz and Seth Waits, M.D., a Michigan Medicine assistant professor of surgery, to find out if bariatric surgery improves the long-term survival rates for patients with both ESKD and obesity. Their findings were recently featured in JAMA Surgery.

“We wanted to shine a light on the potential benefits of bariatric surgery in a particularly vulnerable population,” says Waits. “When you consider the reduction in cardiovascular morbidity and the increased likelihood of receiving a kidney transplant without obesity as a factor, a reduction in barriers to bariatric surgery can potentially be met with huge gains in patient care.”

Sheetz further adds that previous research has shown that weight-loss surgery is safe for both patients with ESKD and without.

Nearly 40% of patients on dialysis are obese and can potentially qualify for bariatric surgery.

The research team knew that they wanted to assess whether weight-loss surgery, something clinicians know carries massive health benefits to patients without ESKD, is associated with the same health benefits for patients on dialysis.

“We used a national registry maintained by the Centers for Medicare and Medicaid Services in order to capture a large number of patients around the country,” says Sheetz. “While some prior work on this subject exists, we quickly realized that it is confined to small single-center studies that lack generalizability.”

“While recent policy efforts, such as the Executive Order on Advancing American Kidney Health, focus primarily on improving the lives of patients with ESKD through improved dialysis and kidney transplant efforts, they often fall flat,” says Waits. “Without an aggressive approach, the 40% of patients with ESKD and obesity suffer from limited access to receiving a kidney transplant and fewer favorable outcomes than patients without obesity. This is why our findings were so significant.”

Sheetz goes on to add that they also found that the impact of bariatric surgery on long-term survival rates was independent of receiving a transplant.

“When combined with our previous research, our findings suggest that bariatric surgery is not only safe in patients with ESKD, but also associated with significant long-term health benefits,” says Sheetz. “And this study was eye-opening because it showed us that we should be working towards a greater adoption of bariatric surgery for this vulnerable patient population.” 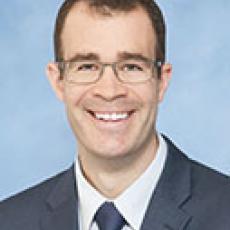