Bariatric Surgical Patients at Risk for Newly Persistent Opioid Use

SAN DIEGO -- Nearly 9 percent of bariatric surgical patients—or about one in 12—who did not take opioid pain medications until their weight-loss operation, or the month before it, report that they are still using prescription opioids one year postoperatively, according to new research findings.

Results of a Michigan study, presented at the American College of Surgeons Clinical Congress 2017, also indicate that this rate of new prolonged use of opioid pain relievers was more than 45 percent higher than use in general surgical patients.

This study provides further evidence that certain patient groups are more prone to persistent opioid use than others, said senior investigator Amir A. Ghaferi, MD, MS, FACS, FASMBS, associate professor of surgery at the University of Michigan.

“Surgeons must identify patients who may be at higher risk for addiction to opioids,   so they can adjust prescribing for postoperative pain,” said Ghaferi, who also directs the Ann Arbor-based Michigan Bariatric Surgery Collaborative (MBSC), a quality improvement program that supplied the study data. “Patients undergoing bariatric surgery may be particularly vulnerable to opioid dependence, possibly because of chronic knee and back pain associated with morbid obesity.”

An estimated 196,000 patients underwent bariatric operations in the United States in 2015. Understanding the prevalence of persistent opioid use after bariatric operations is important, Dr. Ghaferi noted, as the nation struggles with an epidemic of opioid abuse. About 2 million Americans had a substance use disorder involving prescription pain medications, according to the 2015 National Survey on Drug Use and Health.

For this study, Dr. Ghaferi and his fellow investigators used the MBSC database, which includes 95 percent of bariatric operations performed in Michigan. They identified 14,063 patients undergoing first-time bariatric surgical procedures (primarily minimally invasive, laparoscopic procedures) who completed surveys about their use of prescription painkillers preoperatively and again one year after the operation. The researchers initially administered  the survey by email and then, if there was no response after several reminders, by mail or phone. The survey listed commonly prescribed opioid medications, such as hydrocodone and oxycodone.

Most survey respondents—73 percent, according to updated numbers from the presentation—stated they had not taken opioid medications in the one to 12 months before their surgical treatment, meaning they were “opioid naive,” the researchers found. Of these opioid-naive patients, 8.8 percent (905 patients) reportedly said they were still using their opioids one year after starting them for postoperative pain.

This rate of new persistent opioid use was 46 percent higher than the 6 percent rate reported among opioid-naive patients in general surgical populations, Ghaferi said. The general surgical data, he explained, came from the Michigan Opioid Prescribing Engaging Network, or Michigan-OPEN, an initiative that aims to prevent surgery-related opioid abuse. 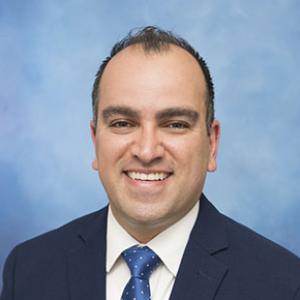