Are antipsychotic drugs more dangerous to dementia patients than we think?

New study shows death risk is higher for patients who take them, and goes up with dose

The research adds more troubling evidence to the case against antipsychotic drugs as a treatment for the delusions, hallucinations, agitation and aggression that many people with Alzheimer’s disease and other dementias experience.

In the new issue of the journalJAMA Psychiatry, researchers report findings from nearly 91,000 American veterans over the age of 65 with dementia.

Data from each patient who took a psychiatric medication was matched to data from a similar patient who didn’t take drugs to calm behavior, by researchers from the University of Michigan Medical School and VA Center for Clinical Management Research.

The study also examined other psychiatric medications. The risk of death seen with the mood stabilizer valproic acid was similar to the antipsychotics. Antidepressants had less risk compared with antipsychotics and valproic acid, but it was still higher than that of those not taking any psychiatric medications to treat behavior issues in dementia.

Antipsychotic drugs have significant risk of side effects, and the U.S. Food and Drug Administration warns that their use in people with dementia is associated with increased risk for cardiovascular adverse events and the risk of death.

“The harms associated with using these drugs in dementia patients are clear, yet clinicians continue to use them,” says lead author and U-M/VA psychiatrist Donovan Maust, M.D., M.S. “That’s likely because the symptoms are so distressing. These results should raise the threshold for prescribing further.”

This new study and a recent state-of-the-art review by Maust’s co-author Helen Kales, M.D., show that mortality risk of antipsychotics is higher, and benefit lower, than previously thought.

But the distress caused by uncontrolled symptoms probably explains why one-third of older adults with dementia who had long-term nursing home stays in 2012 were prescribed an antipsychotic medication, according to a recent U.S. Government Accountability Office report. About 14 percent of dementia patients in the community were prescribed an antipsychotic that same year, the GAO found.

The “DICE” approach to assess and manage behavioral symptoms in dementia that has been put forth by Kales and colleagues could help.

This approach emphasizes putting non-pharmacological strategies first. But the approach takes more time than writing a prescription, and its use will depend on the support of policy-makers and alignment of reimbursement strategies.

“In other words, non-pharmacologic approaches will only succeed if we as a society agree to pay front-line providers for the time needed to ‘do the right thing’,” says Kales.

Maust, Kales and their colleagues hope to continue studying the issue of mortality risk from the use of psychotropic drugs in dementia, and prescription patterns for these drugs, using other datasets.

In addition to Maust and Kales, the study’s authors are Hyungjin Myra Kim, Sc.D., Lisa S. Seyfried, M.D., M.S., Claire Chiang, Ph.D., and Janet Kavanagh, M.S., all of U-M, and Lon Schneider, M.D., M.S. of the University of Southern California.

All the U-M authors except Kim are in the Medical School’s Department of Psychiatry; Kim is in the Center for Statistical Consultation and Research. Maust, Kim, Chiang and Kales are member of the CCMR, and Maust and Kales are members of the U-M Institute for Healthcare Policy and Innovation.

More about the recent review article on behavior issues in dementia by Kales et al: http://umhealth.me/saynodice

More about the DICE approach:http://umhealth.me/DICEdem 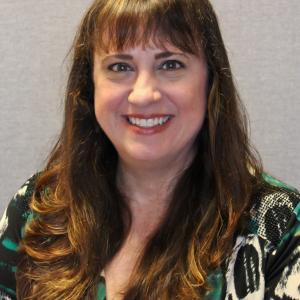