1 in 5 have been discriminated against in the healthcare setting

Race is most common form of discrimination reported in survey.

The toll of the COVID-19 pandemic has been most devastating for people of color in the U.S. This fact is bringing to the forefront renewed questions about the pervasiveness of health disparities in this country. And while many point to social and economic forces, researchers are also taking a deeper look at the delivery of health care itself. To what extent is discrimination in the healthcare system negatively affecting the health of patients seeking care?

To begin to answer this question, researchers at the University of Michigan Medical School and School of Public Health are seeking to quantify just how pervasive the experiences of discrimination are in the medical setting.

Surprisingly, says first author Paige Nong, Ph.D., of the SPH Department of Health Management and Policy, there weren’t many national studies on the topic.

“I thought I had to be missing something,” she says. In a new study published in JAMA Network Open, Nong, Jodyn Platt, Ph.D., of the Medical School’s Department of Learning Health Sciences and their colleagues surveyed just over 2,000 respondents in a new study examining lifetime experiences of discrimination within the healthcare system.

“The fact that one in five people has had a negative experience in the health care system because of who they are is a wakeup call,” says Platt.

The researchers got additional insight when reviewing a free response portion of the survey, which allowed those surveyed to elaborate on their experiences or list types of discrimination not included in the multiple choice section of the survey. Additional, health care specific forms of discrimination emerged, including being treated differently based on health insurance.

“Some respondents reported that they had private insurance, but then moved to Medicaid and noticed a totally different experience going to the same exact location for the same exact kind of care with the same providers,” says Nong. These healthcare-specific types of discrimination will require further investigation.

While the rate of discrimination reported is lower than estimates in other sectors, like housing or policing, the team believes surveys often mask the true rate of healthcare discrimination. Part of the insidiousness of discrimination is the fact that people may question whether they are really experiencing it, Nong says.

“For a lot of people they may say, oh well, I'm sure it's just that individual person. It's a really difficult thing to grapple with and report.”

The team hopes next to narrow down more specifics about where in the healthcare system people are experiencing discrimination most often.

“There’s a lot of analysis of patient-provider interactions, but there's less about administrative interactions. Is this happening in reception, with billing? These are critical questions to answer so that we can address discrimination appropriately,” says Nong.

Platt hopes the study will prompt health systems to be self-reflective. “We're talking about structural racism and systemic racism that will require restructuring and new systems to bring health equity.” 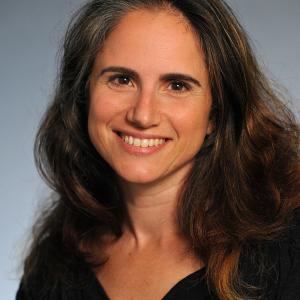